The origin of this pier reportedly dates back to 1812 although, in 1840, a piled structure had been built on the harbour’s north side as an extension of Weymouth Esplanade. It was rebuilt/extended during 1859/60, with a cargo stage added in 1877 to facilitate the landing of Channel Island potatoes. A new passenger landing stage/baggage hall was built for the Great Western Railway in 1888/9. A Pavilion Theatre was constructed in 1908.

Harbour work in the early 1930s resulted in a new 1300 foot concrete pier replacing the earlier 600 foot structure. This pier was opened on July 13th 1933 by the Prince of Wales, later King Edward VIII.

The aforementioned Pavilion Theatre was burnt down in 1954 and replaced by a second Pavilion Theatre which opened in 1961. Land adjacent to the pier was reclaimed to provide car parking and facilities for the theatre and, from 1973, the roll-on/roll-off cross-Channel car ferries. A large area of land was reclaimed in 1978 to further extend the ferry terminal. This work was completed in 1980.

Ferries to the Channel Islands and France recommenced in 1998 after a short break. The Alexandra Garden Theatre, rebuilt after being damaged by fire in 1993, now provides an amusement outlet on the pier forecourt. There is also angling from the pier.

Discussions had been underway for some time about redeveloping the Weymouth Pavilion, Weymouth Pier and ferry terminal in time for the Olympic Games in 2012 but in September 2009, these plans were scrapped.

However, plans for a 53 metre high observation tower were agreed and in November 2011, the first pictures of the tower’s observation pod, with its floor-to-ceiling polycarbonate windows, were published. Contractors also began the ground preparation works for the tower which will carry 70 passengers at a time. The official ground breaking for the tower was carried out in early December 2011 with special guests, the Olympic sailing contenders, Annie Lush and Lucy and Kate Macgregor, and the first stage of the tower was installed in February 2012. The £3.5m seafront viewing tower opened to the public in June 2012.
But in January 2013, fears were expressed over the future of the Pleasure Pier.

January 2016 – Repair works to start at Weymouth Pleasure Pier
In January 2016, work commenced on concrete repairs to the sub structure of the pier. The work was expected to last for six weeks, during which time the pier and pedestrian approach would need to be closed for engineer access only. The work was not anticipated to affect the car park, or visitors to the Jurassic Skyline.

November 2016 – Weymouth’s Jurassic Skyline Tower closes for winter
In November 2016, the operators of the viewing tower, situated on the Pleasure Pier, announced that due to a ‘changing tourism landscape’ the pier would be closing for the winter period.

January 2019 – Weymouth Pleasure Pier cafe to be demolished next month
It was hoped to start demolition work at the beginning of February and a new kiosk be built on the pier. Demolition and other costs had been put at £35,000, money which would be taken from the pier’s reserves account.
Read More

March 2019 – Demolition underway at Weymouth Pleasure Pier
Demolition work began with buildings being pulled down above deck level to make it safer and to carry out work to strengthen the weather-beaten pier.
Read More

July 2019 – Plans for new catering facility at Weymouth Pleasure Pier
A catering kiosk and decked seating area with a sail cover could be built on the Weymouth Pleasure Pier. The site was cleared in previous months with the demolition of a former café building with repairs also made to the pier structure.
Read More 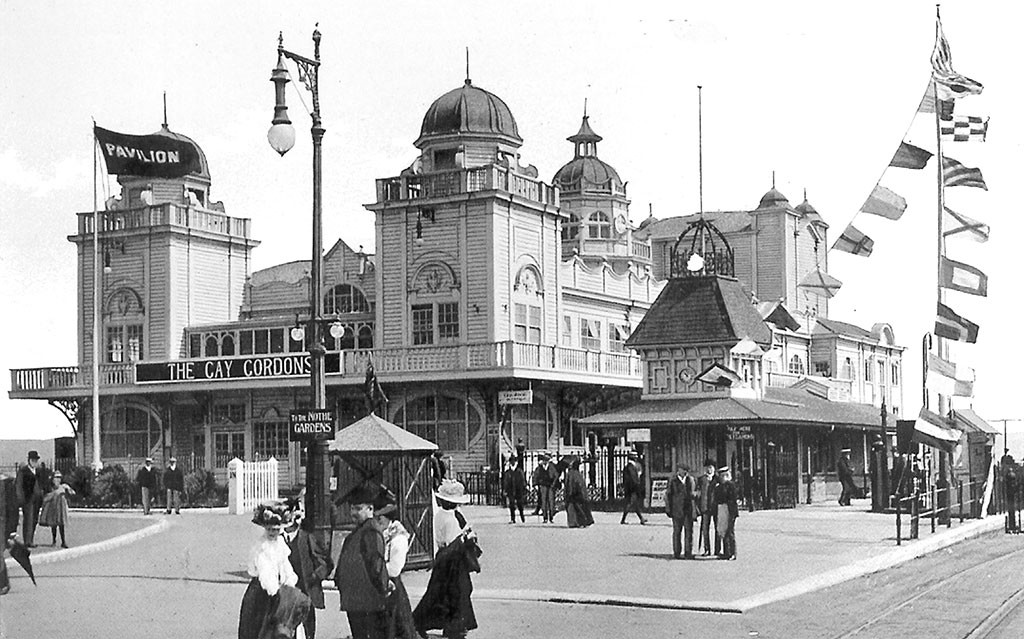 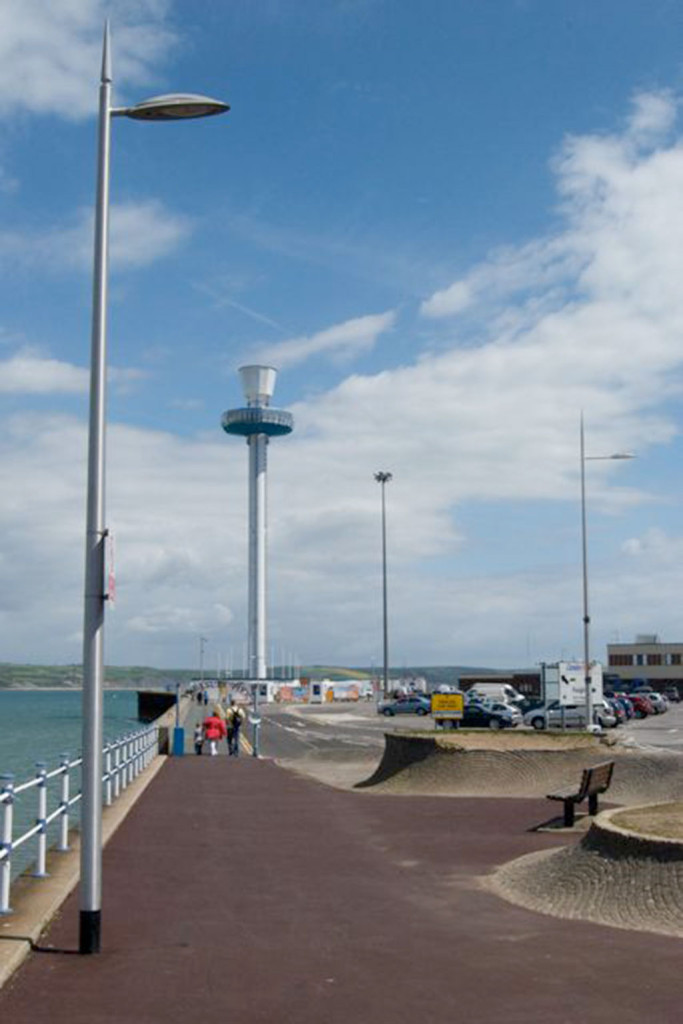 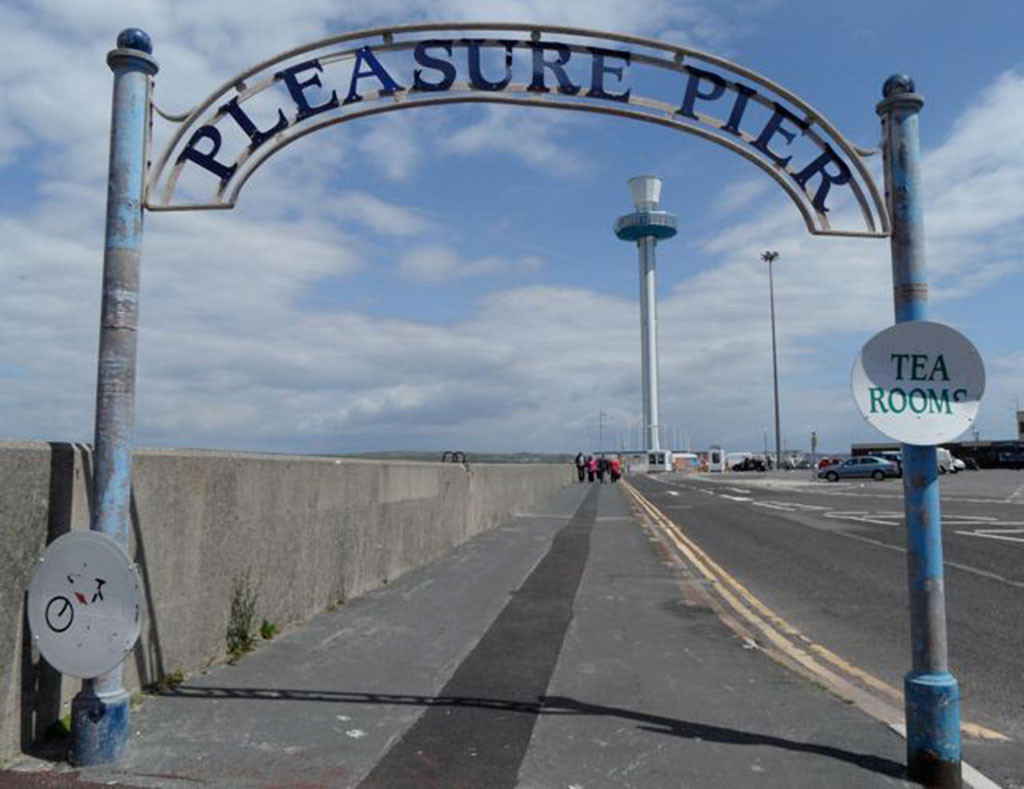