In the summer of 1864, the Notham Burrows & Landing Pier Company was established to raise funds for a pier. It had a planned length of 600 feet with space at the head for refreshments rooms and a bandstand.

The aim of the Pier was for the ‘ purpose of providing a handsome and commodious promenade and landing pier, available for embarking and disembarking of passengers and goods from the Steam Boats etc, in the Bay and thus preventing delays arising from the tidal bar harbour”

The engineer was J.W.Wilson and, in August 1870, the first plank of decking was secured. An initial landing of day-trippers from Bideford took place in July 1871.

However, gales snapped the cast iron support pillars in October 1871 and reduced the pier’s length to 150 feet. Damage was estimated at £1300 but actually cost £975. It re-opened on 24th July 1873 and, on 29th June 1875, the pier celebrated the opening of the ‘Great Nassan Bath’ which was supplied with sea-water via a steam pump.

In February 1880, the pier suffered further, serious damage and, because it had become ‘dangerous as well as unsightly’, it was demolished.

Surviving pier railings can be seen at the frontage of Appledore’s Maritime Museum. 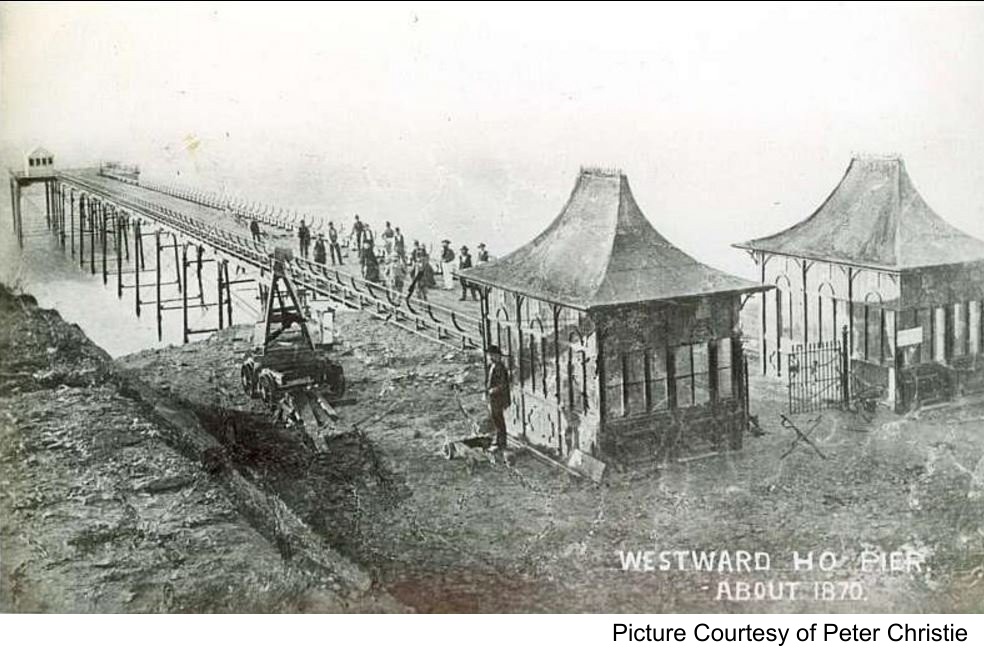 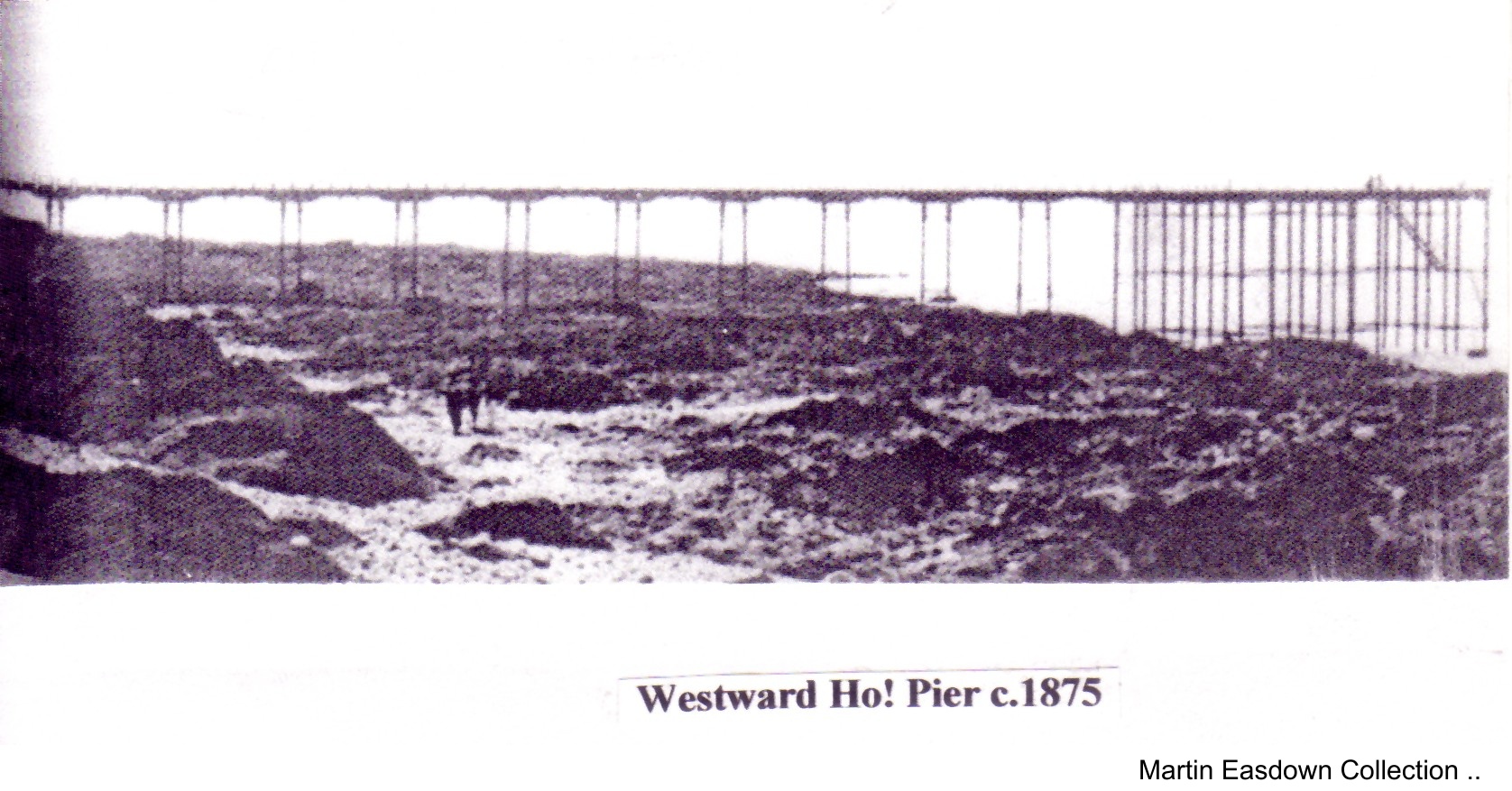