The Totland Bay Pier Provisional Order was advertised in March 1879 to replace the ruinous old wooden structure. The 450 foot pier was completed the following March to a design by S.H. and S.W.Yockney. It opened that summer and facilities included a pier-head shelter and a tiny shoreward end amusement pavilion. Boats also called.

At the end of the 1927 summer season the ferry service ceased, though pleasure cruises continued until 1931. The pier was sectioned during World War II as a defence measure but was repaired by consultant engineer, Mr R.Humby of Poole. Some iron piles were replaced with timber whilst others, at the shoreward end, were reinforced with concrete. The pier re-opened on 17th June 1951 and received its first steamer for twenty years (the ‘Lorna Doone’). The official re-opening took place in 1952. A new pier-head shelter was constructed in the 1950s.

Sold to Trinity House in the early 1970s for £10,000, the National Physical Laboratory installed a data gathering centre here in 1975. Between then and 1992, the increasingly dilapidated pier changed owners several times. The amusement arcade was damaged by fire in August 1978 and, following a safety inspection, the pier was closed. It suffered storm damage in October 1987. Repair costs were estimated at over £1 million.

Mr Henry Leeson bought the pier in late 1992 for just £1,000. MV Balmoral called in May 1993, attracting much attention. But, although work began, progress was hindered by vandalism. In the mid-1990s, the cost of essential repair work was estimated to be £150,000.

In 1999, the pier was bought by Mr Derek Barran, an artist who used the main building on the pier-head as a studio.

It is understood the pier failed to make its guide price. However, in 2012 the pier was purchased by Farnham Developments. In January 2013, vandals set fire to the pier cafe and the owners subsequently produced proposals to create a new restaurant and a holiday apartment in the old studio.

June 2014 – ‘Red tape’ stalling restoration says owner
In July 2014, it was reported that restoration of the pier was being held up by planners who said the floor levels of the cafe and car park needed to be raised by 750mm in order to meet flood evacuation requirements.

August 2015 – First stage of restoration work
In August 2015, MMC Diving Services released details, including a video, of the work they were undertaking as part of the restoration of the pier. This involved the design and fabrication of special pile clamps whice were then installed to help prevent any further deterioration of scour and to reinforce the cast iron legs.

June 2017 – Work To Totland Pier Is Set To Be Completed
In June 2017 it was reported that work to complete the restoration of Totland Pier, which had been derelict derelict for many years, would soon get underway thanks to Totland Parish Council and the Isle of Wight Council. It was anticipated that the restored pier would include a holiday home at the end and a shop on the shore side, with visitors being able to walk along the pier between the shop and house.

July 2017 – Totland Pier cafe re-opens
The following month, the Pier Cafe re-opened after being closed for several years due to planning problems. The new owners were, however, aware that future work on the rebuilding of the pier could cause the cafe to be demolished.

July 2019 – Totland Bay Pier to be rebuilt at long last!
In July it was reported that the dilapidated Totland Pier was to be transformed and rebuilt over the following three months. The pier had been a blot on the West Wight landscape for several years but work was scheduled to finally start, using specialist equipment.
Read More

August 2019 – Update on rebuilding progress at Totland Bay Pier
Planning permission existed for a house to be built at the end of the pier and the cafe would also be rebuilt, probably the following winter. Public access would be permitted as soon as possible once health and safety restrictions had been lifted.
Read More

November 2019 – Plans for Totland Bay Pier revealed!
The 1880 site was expected to re-open to the public in 2021 -since its closure in 1980 after being deemed “unsafe” for public use. The aim was said to be to build an independent, stand-alone, rustic-style restaurant at the end of the pier, with 120 covers and open all year round.
Read More

December 2019 – Plans submitted for restaurant at the end of Totland Bay Pier
Charlie Kearns, speaking on behalf of the company, said: “We have applied for planning permission, and if granted, it will open up the pier for everyone. The opportunity arose around eight months ago when we contacted the developers. Having bought the cafe we mulled over whether we should go for a house at the end of the pier, which would be rented out, or a restaurant”.
Read More

January 2020 – Totland Bay Pier Cafe closes as rebuild begins
A planning application was submitted to build a two-storey restaurant at the end of the pier. The work was scheduled to start at the end of January and and the cafe was expected to reopen at the end of May.
Read More

November 2020 – Repair works at Totland Bay Pier progressing apace!
Charlie Kearns, of the Totland Pier Company, confirmed: “The cafe build is progressing well. We are hoping to be in the ‘dry’ just after Christmas ready for a Spring opening. Having received planning only two weeks ago, at the other end of the pier we have now successfully re-piled the 17x15m steel piles (2.6 tonne each) which will support the restaurant building. We are progressing well and planning the next two civil phases of the Pier Head, before we can start building the structure.”
Read More

January 2021 – Redevelopment work at Totland Bay Pier continues
Revised plans for an additional two-storey restaurant at the end of the pier were granted permission. The plans were approved by the Isle of Wight Council on October 29, 2020. It was proposed to include a gatehouse building, balustrading, landing steps and a pontoon.
Read More

April 2021 – New cafe at Totland Bay Pier due to open next month
Developers said that the new Bay Cafe was expected to open in the middle of May – meaning work on the restaurant could continue so it could open next summer. Jane Catchpole, Assistant to the Director behind the project, said “We are hoping that it will be a destination that you can come and spend the whole day. Whether you are on the beach and want to grab a quick takeaway or come and have a really long special lunch at the restaurant. Bringing the pier back to life and putting Totland on the map again in terms of food and drink”.
Read More

January 2022 – Newly-renovated Totland Bay Pier goes up for sale!
This is a truly unique business opportunity because the entire freehold of Totland Pier is being offered to the market for what the agents believe is the first time in decades. This is an exceptional leisure/food and beverage opportunity located in an accessible turquoise sandy bay within striking distance of the mainland.
Read More 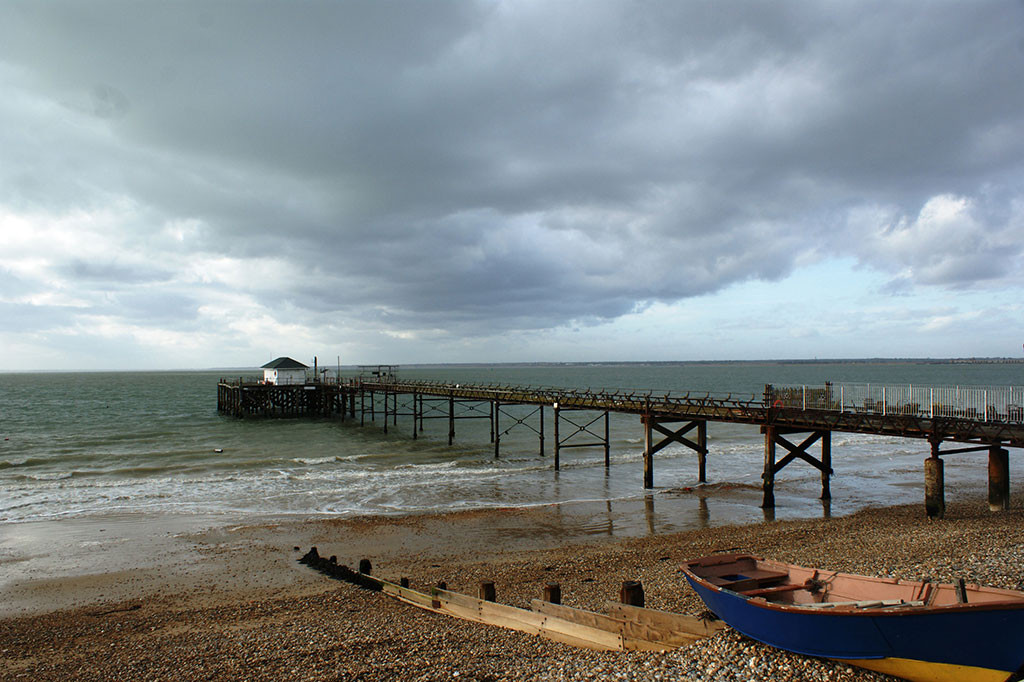 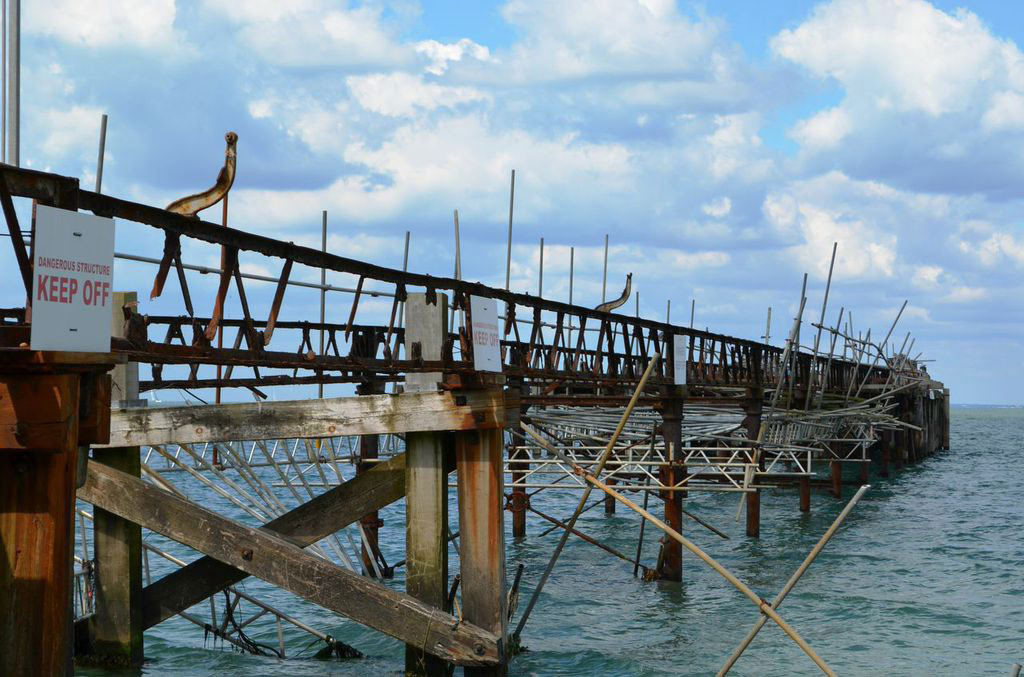 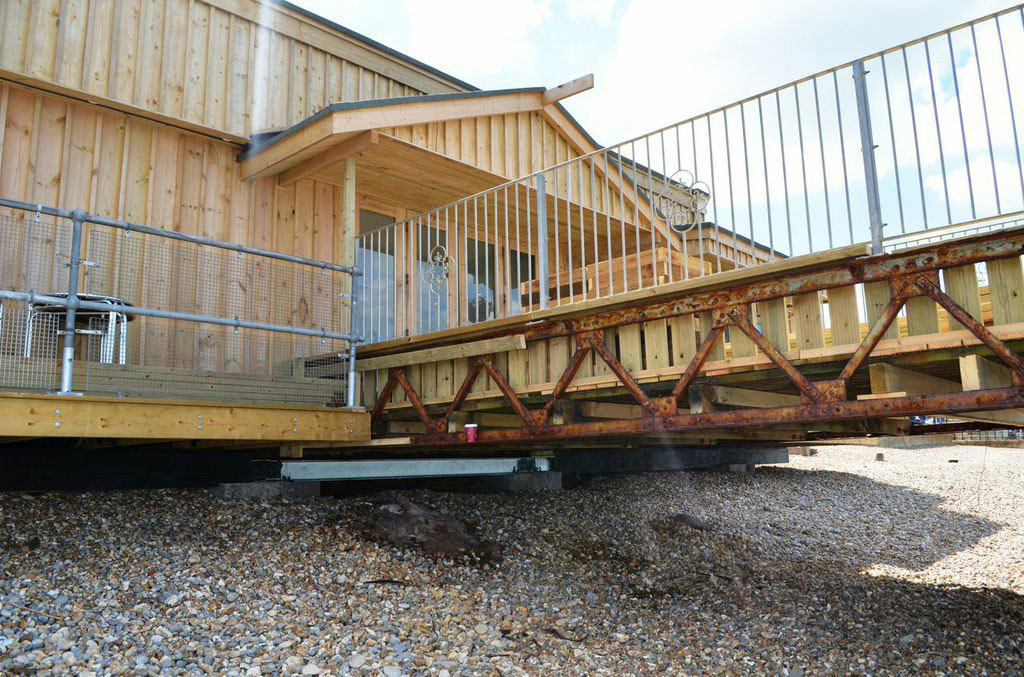 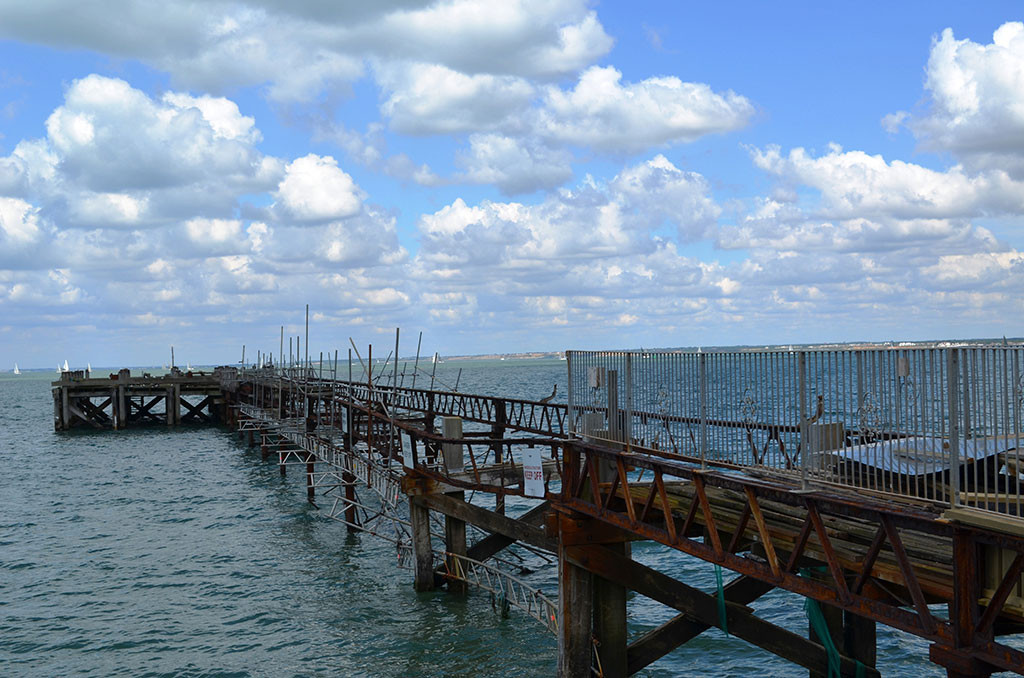