Built in 1897, the pier was extended and opened in 1899 by the Duchess of York, accompanied by the Duke of Connaught, in the unavoidable absence of the Duke of York. It consisted of steel arches joining a seaward end landing stage.
Officially named the Royal Victoria Pier, it was a calling place for steamers from other piers and resorts in South Wales, North Devon and Somerset. The landing stage was 200 feet long and available at all states of the tide.
During the summer, band concerts were given on the pier-head and the pier became a very popular angling centre.
It was demolished between 1946 and 1953, having fallen into disrepair during World War II. Ornate railings from the pier were relocated in the nearby Croft Gardens.
There is, however, still a maritime structure on the site of the old Royal Victoria Pier as Tenby’s new lifeboat station, completed in March 2005,  was built where the pier originally stood. 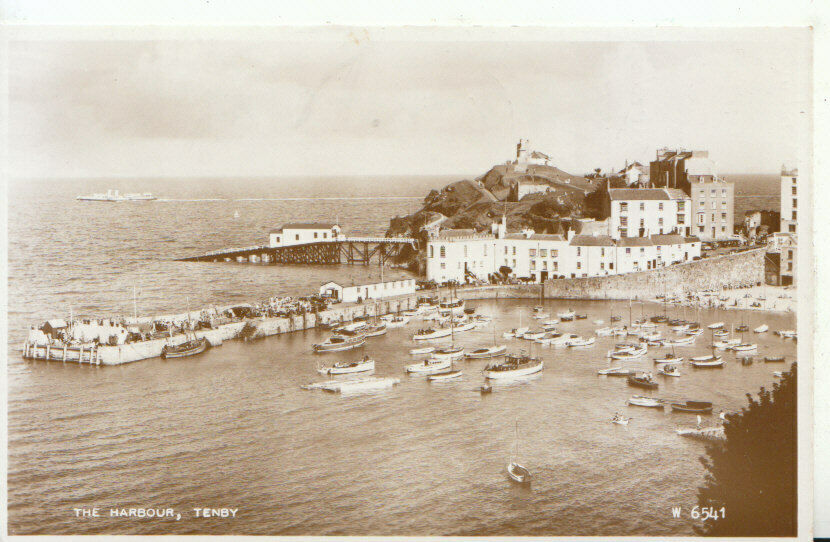