Work began in 1865 and the 700 foot structure opened in 1867. Designed by J.W.Wilson, its construction incorporated cast-iron screw piles.

It was later purchased by Mr Arthur Ryde Denby who planned to relocate the pier in Paignton. However, because of structural difficulties, a new pier was built at Paignton and Teignmouth was restored, re-opening on July 24th 1876.

Improvements included a 260 foot pavilion at the shoreward end and development of the seaward end. Work on the Castle pavilion was completed in 1890. During the summer months, excursion steamers called on a daily basis.

In the early 1960s, a bridge connecting the landing stage to the rest of the structure was removed, reducing the pier’s length by 75 feet.

New steel piling was inserted under all the pier buildings. A groyne scheme caused the undermining of many of the old wooden piles and additional work became necessary at the shoreward end to repair the damage.

The shoreward end pavilion housed shops and amusements, whilst the rebuilt deck had fairground rides and a go-kart track on the site of the old Castle pavilion, which had been demolished in 1975 due to escalating costs.

July 2014 – Storm-hit pier reopens
After a short delay to fix some last minute issues, the pier eventually reopened in July 2014. The building had been transformed and new retail units and new machines had been installed, although parts of the pier deck remains closed.

November 2016 – Teignmouth Pier sports its new storm armour!
In November 2016, armoured steel was installed on Teignmouth pier. Lucie Cooper, director of Teignmouth Pier, said: “We decided after the storms of 2014 to come up with a solution to the weak points of the Pier to make sure that the damage never happens again. These baffles should dissipate the water around and stop it damaging the pier. It is a pre-emptive move rather than a reactive move, as it only takes one breach, so if should there be another storm, the Pier should be protected.”
Read more at http://www.torquayheraldexpress.co.uk/pictures-armour-installed-on-teignmouth-pier-to-protect-iconic-structure-from-storms/story-29940486-detail/story.html#qVRgYFyd29AdqBsW.99

July 2018 – Unexploded WWII bomb found under Teignmouth Pier
The Royal Navy blew up a 2,600lb Second World War bomb after the beach had to be evacuated, when a teenage scuba diver stumbled upon the device under the pier.

January 2020 – End section of Teignmouth Pier to be demolished
The privately-owned Grand Pier at Teignmouth suffered catastrophic damage in the storms of February 2014. The owners say other major factors are to blame, including the continual sand dredging off Teignmouth which constantly undermines the pier and the falling number of holidaymakers to the town.

January 2022 – Grand plans for the regeneration of Teignmouth Pier
One of the possibilities which may be considered is to create a landing area for pleasure boats and water taxis. Teign Estuary Partnership is keen to find a landing site and has been looking at using the disused Morgan Giles stone piers at Morgan’s Quay. But town, district and county councillor David Cox believes the Grand Pier could be the ideal location. 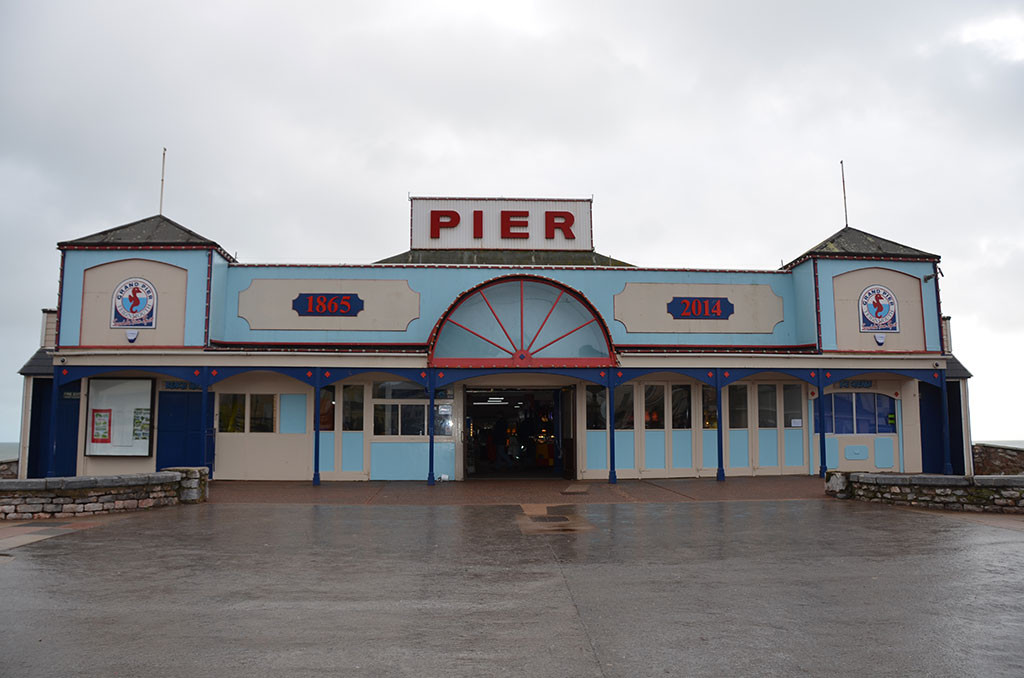 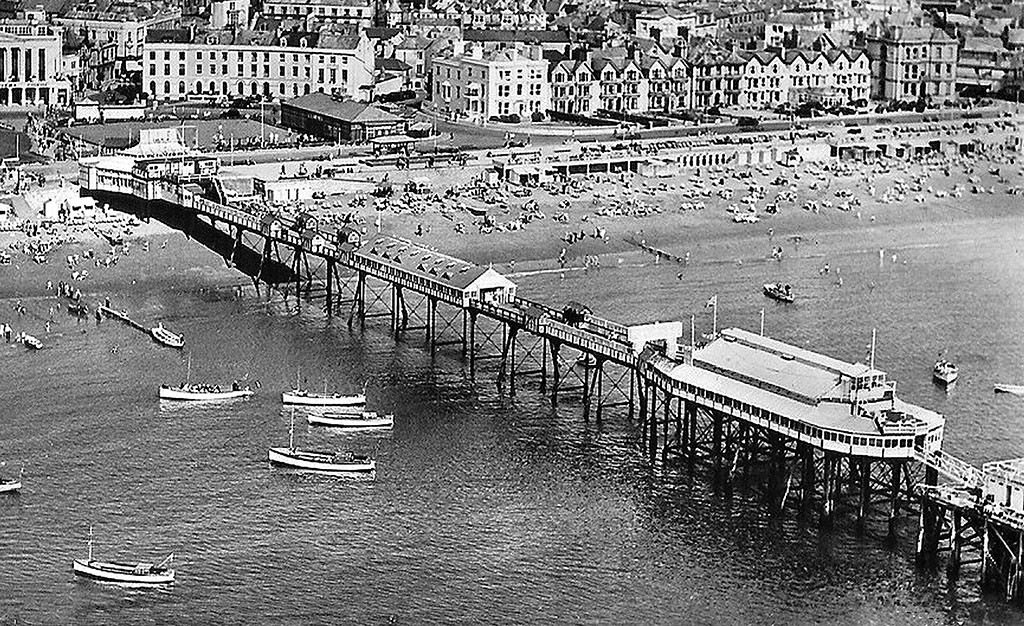 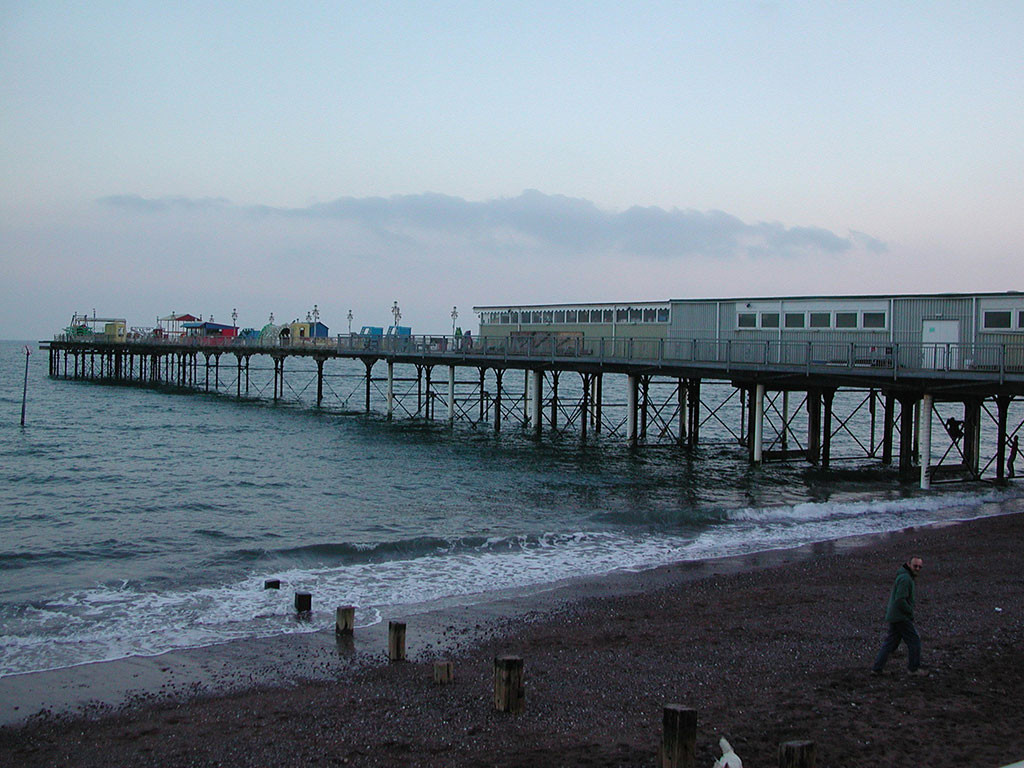 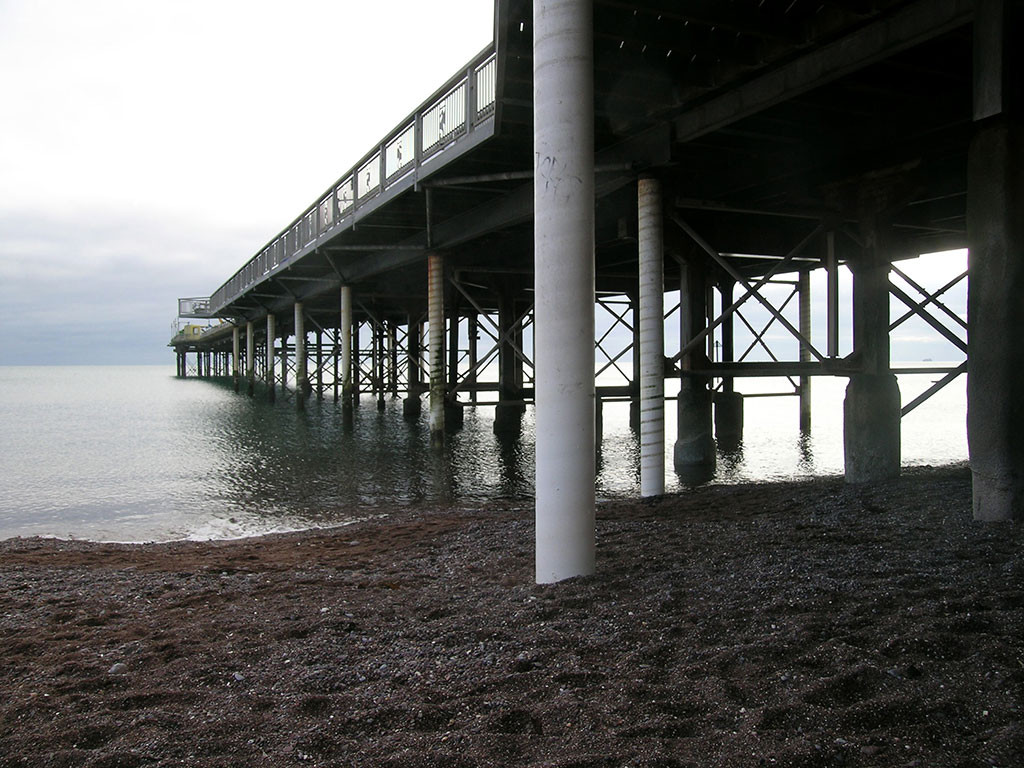 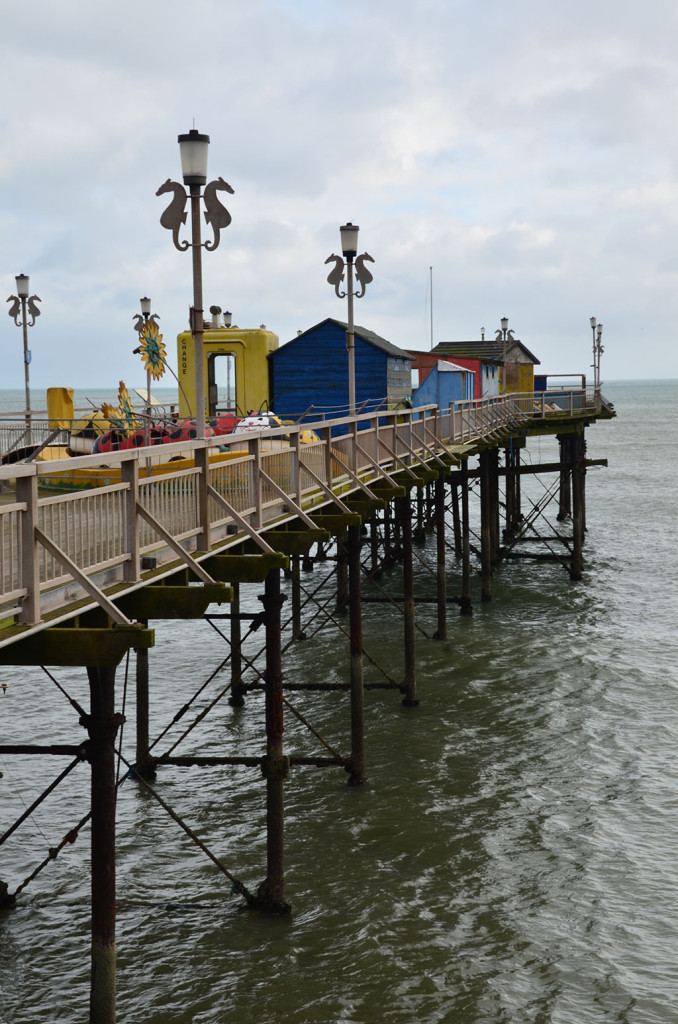