Work began in 1888 and the 960 foot pier, designed by R. St.George-Moore, opened on 28th October 1891. The cost was £30,000. Originally, there was a landing stage at the seaward end, but only occasional steamer traffic. When it was destroyed by rough seas, it was not replaced.

The pavilion, designed by F.H.Humphries, seated 600-700 and offered a variety of entertainment. However, the departure of the orchestra in 1920 affected business and the pier went into decline until it was bought by the Lannon Brothers from London. They introduced a number of (sometimes controversial) changes.

In the 1930s, the entrance was remodelled in Art Deco style.

The pier was closed and sectioned during World War Two for defence purposes. It suffered bomb damage in October 1940 and was also damaged by fire.

The pier remained closed after the war and suffered severe gale damage on 13th March 1951. Hastings Corporation demolished the remains later that year.

October 2017 – Commemorating the site of St Leonard’s Pier
In October 2017, Hastings mayor Judy Rogers and local historian Steve Peak unveiled a display board on the promenade telling the pier’s story in words and pictures. 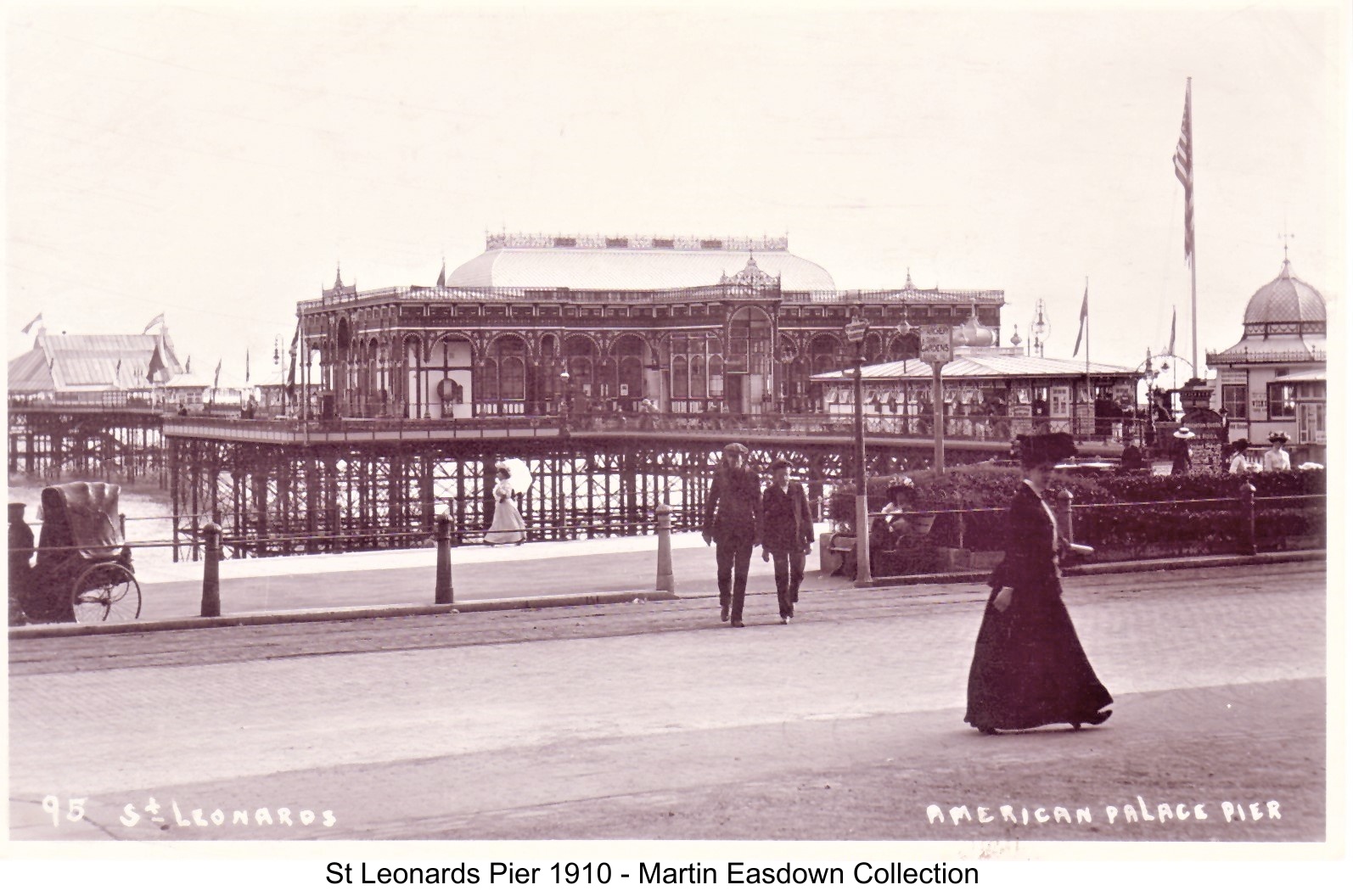