A pier was first suggested in the 1840s but a company was not created until 1859. Work began the same year. Designed by James Brunlees, the 3600 foot pier opened in 1860. Waiting and refreshment rooms for boat passengers were added in 1862. A baggage line opened on May 7th 1863 but was re-laid the following year when the pier was widened and extended. It was upgraded to a cable-operated tramway in 1865. A further extension, in 1868, brought the length to 4380 feet. Storm damage and fires (in 1933 and 1957) reduced the length to the present 3633 foot, the second longest in Britain.
The tramway was re-laid in 1893 and electrified on April 3rd 1905. Southport Corporation took over in 1936, and rebuilt the tramway’s rolling stock. When the town lost its DC electricity supply in 1950, the tramway’s 3 foot 6 inch gauge line was replaced with one foot eleven and a half inch gauge using diesel stock.
A 1990 report estimated that it would cost £900,000 to secure the pier’s future, with £250,000 needed every five years for repainting. A demolition proposal was rejected (by one vote) by Sefton’s Leisure Services Committee. A Charitable Trust was established in 1993, and a Friends’ group in 1994. The pier’s forecourt was officially re-opened in 1994, after improvements. In 1995, the Trust were awarded a £641,000 European grant for structural and general improvement work. In 1996, a £2.8 million bid was submitted for Lottery funding and, in 1997, an initial £34,000 was awarded to pay for a major structural survey.
By 1999 sufficient funding had been obtained from the Heritage Lottery Fund and European Merseyside Objective, together with contributions from Sefton Council and the Southport Pier Trust, to restore the complete structure. Phase one, which included the restoration of the main structure and the construction of a new pavilion, was completed in May 2002 and the full length of the pier was re-opened to the public.
In 2005, a new 100-seater tram, using advanced battery-driven technology, was introduced, funded by Mersey Waterfront, Sefton Council and the Southport Pier Trust. The tram travels the mile long journey to the seaward end pavilion housing a variety of attractions including an interactive display and exhibition of the local wildlife and coastline, plus traditional, old-fashioned penny arcade amusements.
The large ‘Funland’ amusement hall is situated at the pier entrance and the famous vintage ‘Golden Gallopers’ carousel on the pier forecourt.
On August 2nd 2010, the pier celebrated its 150th anniversary with live music, free rides on the Pier Tram, and lots of family entertainment throughout the day.
In August 2011, the wheels of a heavy lorry delivering drinks to the pier fell through the deck and became stuck. Repairs to the damaged pier were said to cost £10,000.

June 2015 – Pier tram withdrawn from service
June 2015 saw the end of the line for Southport Pier’s tram service. The tram would be replaced by the smaller land train which had its route modified to incorporate the length of the pier. The move was made as part of ongoing council cost cutting measures and rising maintenance costs for the tram, which Sefton Council deemed to be too much to maintain.

March 2016 – The end of the line for Southport Pier tram
In March 2016, Southport’s iconic tram was removed from the pier and held in a secure compound until it could be sold. The tram service was withdrawn in June 2015 to help reduce maintenance costs caused by wear and tear on the timber Pier deck.

April 2016 – Pirates at Southport Pier!
In April 2016, a charity fund raising event saw 20 ‘pirates’ paddle a two mile course taking them far out to sea around Southport’s fantastic Pier and over the sea wall into the town’s amazing Marine Lake, passing once more under the pier, to raise funds for Southport Lifeboat (Southport Offshore Rescue Trust) and The Lakeside Christian Centre.

September 2016 – Major refurbishment and new attractions planned for Southport Pier
In September 2016, Sefton Council announced plans for the renovation and revamp of Southport Pier. The plans included building two new staircases linking the pier and the beach, two brand new food and beverage retail kiosks and an extension of the pier pavilion itself.

September 2016 – Further details revealed of revamp for Southport Pier
Later in the month, further details of the proposals for renovating and upgrading the pier’s facilities were published together with a number of artists impressions of the work.

October 2016 – New vision for Southport seafront revealed
In early October 2016, Sefton Council announced plans to develop a number of key seafront sites as part of the Southport Development Framework to guide future developments and attract investment. The most significant of these were the Marine Park site, from which the pier originates, and including Princes Park, and the land occupied by Southport Pleasureland.

January 2017 – Southport no longer a rubbish pier!
A local anti-litter group tackled a huge pile of litter and debris under Southport Pier in January 2017. The group called Rubbish Friends used 28 volunteers to clear the area and fill a record 87 bags of refuse.

April 2017 – Southport Pier gains £2 million from Coastal Communities Fund
In April 2017 it was reported that Southport Pier would receive funding from the £40 million Department for Communities and Local Government initiative which would include support for piers, promenades and coastal paths throughout the country aimed at helping coastal tourism regain its position as England’s largest holiday sector. Sefton Council announced that the money would be added to funding already set aside for the much needed Pier restoration project.

August 2017 – Work underway on £2.9m project to transform Southport Pier
And in August 2017, work commenced on the £2.9 million project to transform Southport Pier including repair works and improvements, new retail and food outlets and additional stairs to te beach. The pier would be kept open during the work which would be undertaken in two stages, the first phase for completion in December and the second by March 2018.

December 2017 – Southport Pier partially closed as revamp gets underway
In December 2017, it was announced that a section of Southport Pier would be temporarily closed the following month to allow contractors to begin the second phase of its £2.9m improvement works. Sefton Council said that the landward section of the pier, between Ocean Plaza and the Marine Lake cafe, would be closed off to the public until approximately March, 2018.

February 2018 – ‘Underwater’ webcams to be installed at Southport Pier!
In February 2018, it was announced that £40,000 was to be spent on improving ‘green’ tourism and connectivity on Southport Pier. This would include installing new telescopes to view wildlife and introducing underwater webcams and television screens to view other marine life.

June 2018 – Southport Pier Pavilion to become a nightclub?
In June 2018, plans were announced which would see the pier pavilion cafe’s opening hours extended to be open seven days a week, from 9am to 3.30am. The venue would serve food by day and then be transformed into a nightclub with late-night drinking, live music, dancing and entertainment.

June 2018 – Refurbishment plans for Southport Pier feature a pier-to-beach slide!
The refurbishment of the pier structure was planned to be carried out in two stages – the first phase took place in December 2017 and the second phase began in March, with the project due to finish in December 2018.
Read More

August 2018 – Will we all be raving at the end of Southport pier?
Sefton Council in this week granted permission for the Pier Pavilion Cafe to operate seven days a week, from 9am to 3.30am. Owners were also now licensed to serve alcohol from 10am-3am each day.
Read More

September 2018 – Southport Pier regeneration enters a new phase!
The third phase, scheduled to begin on 1 October, was for the construction of a second retail kiosk, power upgrades, a refurbished pavilion and timber decking repairs.
Read More

July 2019 – Final phase of Southport Pier refurbishment begins
The last phase of the £2.9m upgrade included the opening of two new kiosks and the installation of webcams and TV screens to view wildlife, along with new telescopes on the pier.
Read More

December 2019 – Does its Pier make Southport one of the happiest places to live in the UK?
Southport landed in 10th place in Right Move’s 2019 Happy at Home Index.- with Hexham in the North East coming top of the list, followed by Harrogate in 2nd place. And what made Southport so unique was its vast stretch of sand, where the sea always seems to be miles away and of course its iconic pier.
Read More

July 2020 – Southport Pier closed due to lorry collision
Southport Pier Pavillion said the lorry only “scraped off” some paint but the pier remained closed until it had been assessed. Sefton Council said a structural assessment would take place to determine if any repairs were needed. The pier was later reopened.
Read More

August 2020 – 160th anniversary of Southport Pier marked with this detailed look-back at the pier’s history
With talk of constructing the country’s first pleasure pier going back over a decade beforehand, building work finally started in August 1859. It was opened on August 2, 1860, with a grand procession and holds the record as the oldest iron pier in the country. Waiting rooms for boat passengers were added during the pier’s first few years of operation, and a cable-operated tramway was installed in 1865.
Read More

June 2021 – Southport Pier stars in BBC drama
In the BBC drama, Time, Sean Bean was seen walking down the 1,000-metre-long pier before entering the stunning pavilion, which is surrounded by walls of panelled glass providing an almost 360-degree view of the coast. On a really clear day, you’ll be able to see neighbouring Blackpool and the North Wales coast, according to Visit Southport.
Read More

May 2022 – £200,000 needed for deck repairs at Southport Pier
Tourism chiefs hope a significant cash influx of more than £200,000 will be enough to save the ‘rotting’ Southport pier. Council bosses have revealed this week in a report that a huge project of works will begin to replace the entire length of wooden decking if funding is agreed.
Read More

June 2022 – Decking failure at Southport Pier
A Sefton Council spokesperson said: “We can confirm we have been contacted by a member of the public about an incident that took place on the pier. Last month’s full Council meeting, approved over £200,000 for maintenance work that will start this month.”
Read More

June 2022 – Re-decking of Southport Pier to take several years
With the work being seen as vital, the estimated £206,053 work will take a number of years and will begin this July. Despite work starting this summer, there will be minimal disruption with the pier remaining open during the works, with events already planned to go ahead.
Read More 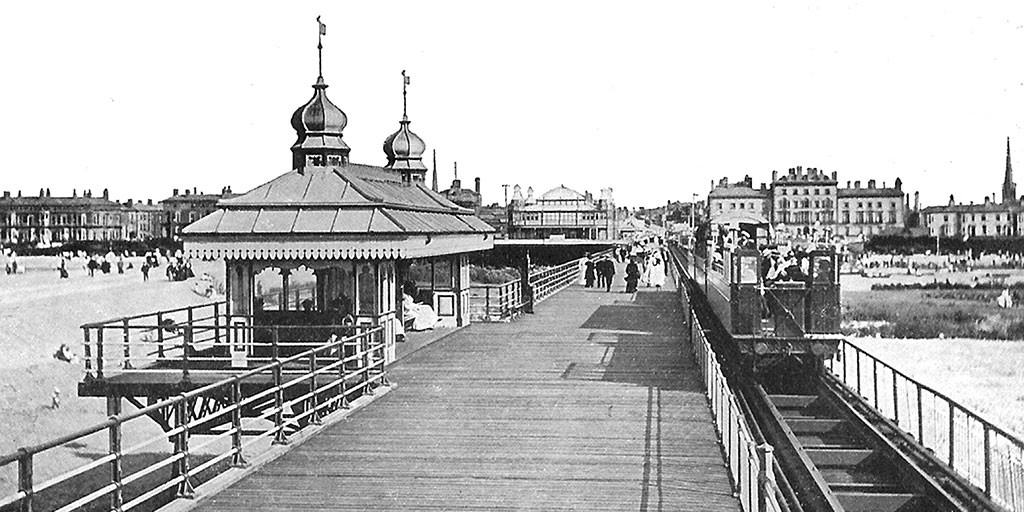 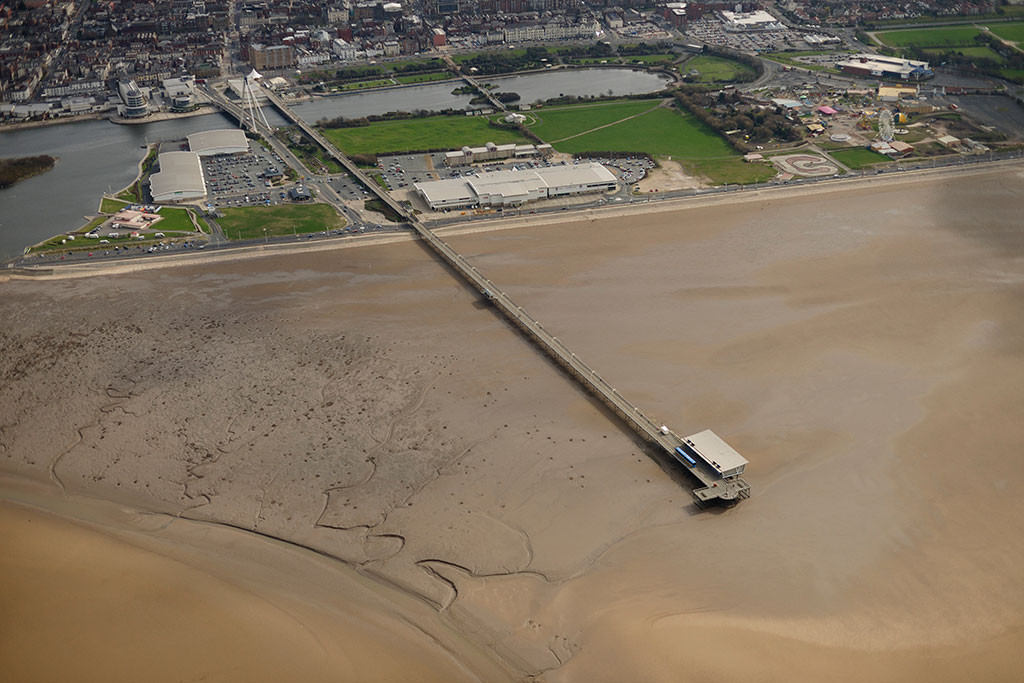 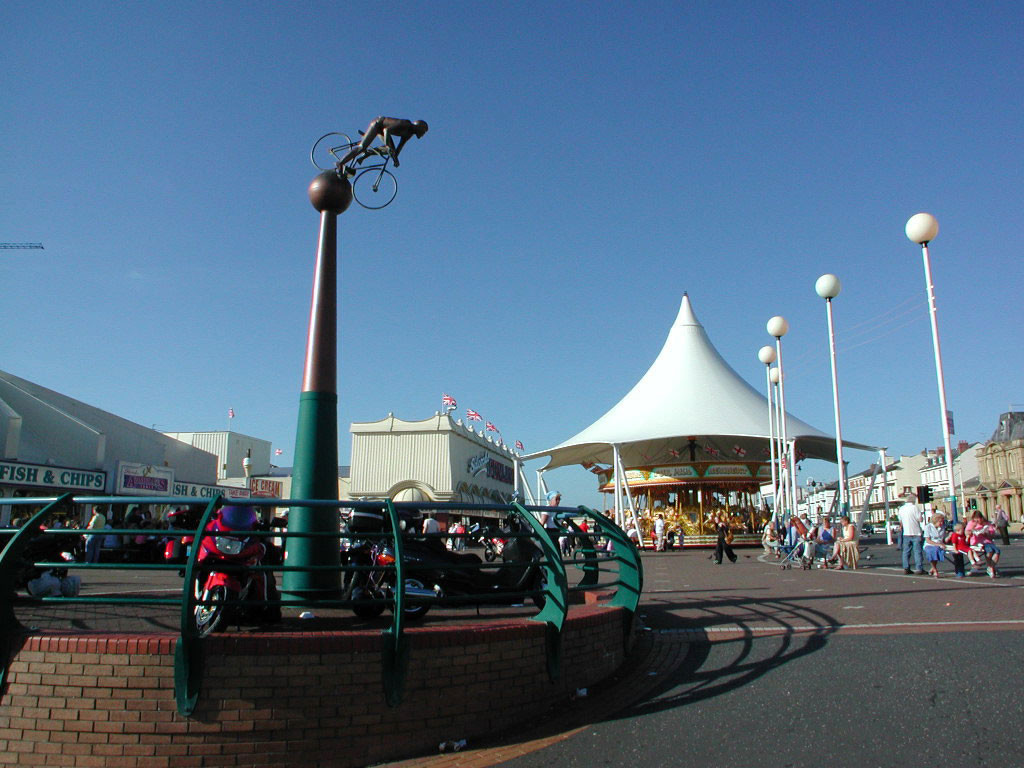 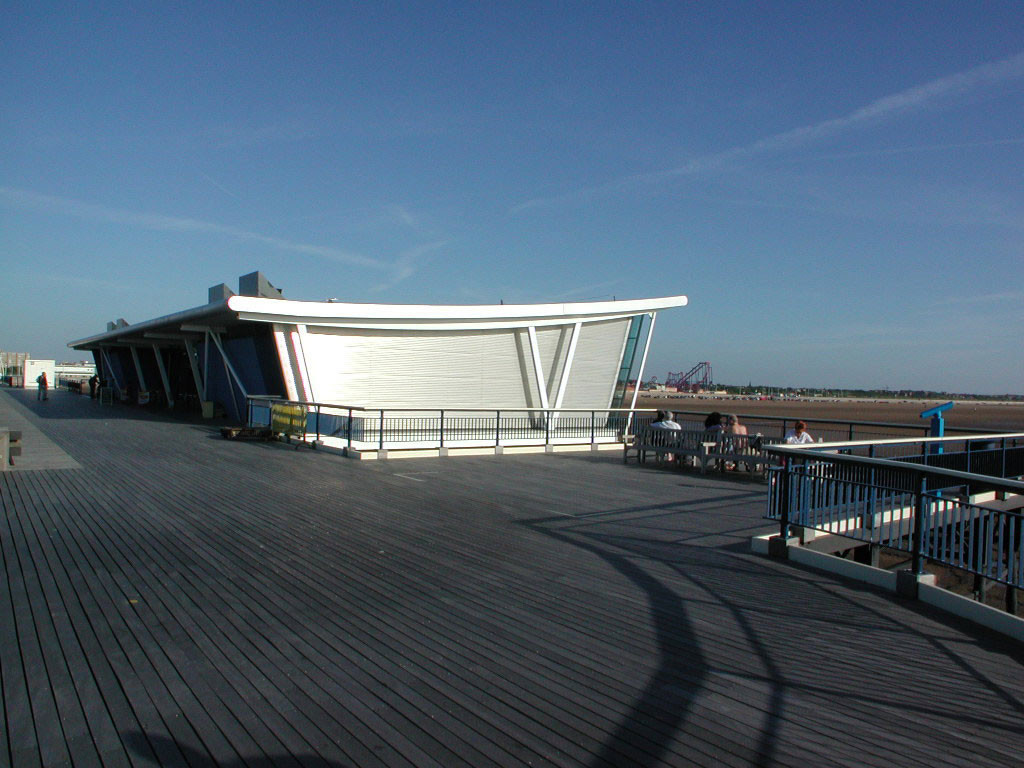 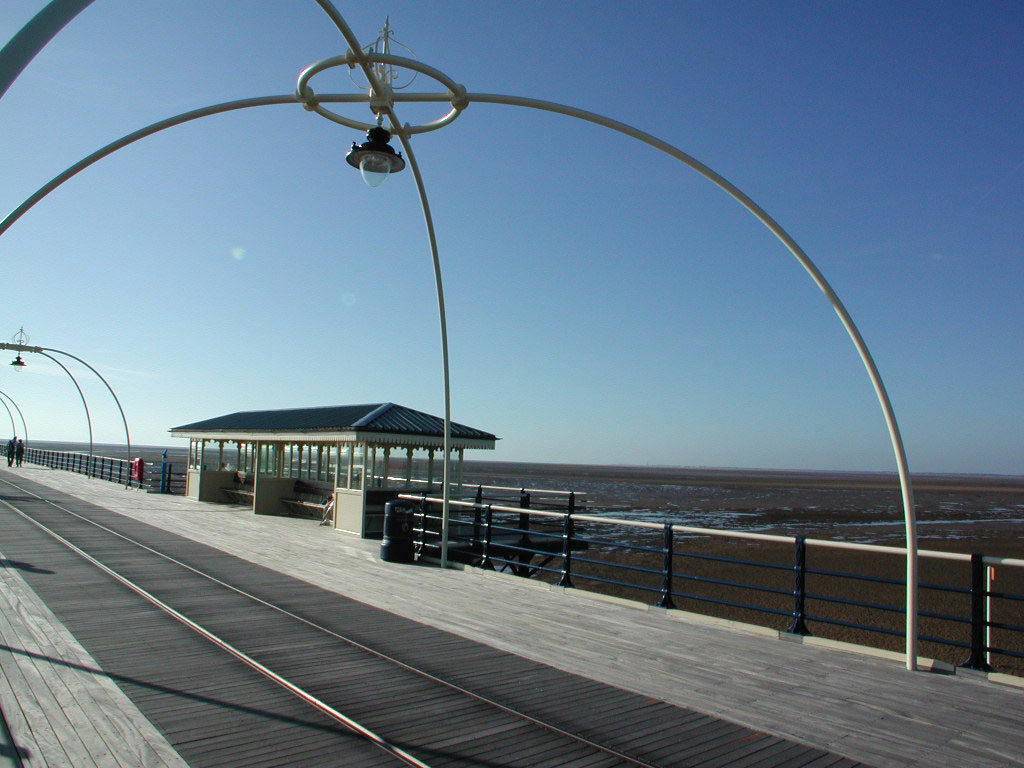