Work on the pier began in 1888, to the design of A.Smith, with E.Howell as contractor. It opened on 2nd August that year to a length of 300 feet. It had cost £4,000. Regular sailings between Bournemouth and Southbourne started four days later.

The pier, promenade and sea-wall were almost completely destroyed by tow storms, on 28th December 1900 and 3rd January 1901. Bournemouth Corporation declined to buy the pier and it was demolished, on safety grounds, in 1909.

Pier Fact: Dr T.A.Compton ‘created’ Southbourne hoping to emulate the success of his home town, nearby Bournemouth. His hopes were dashed by the gales of 1900 and 1901. 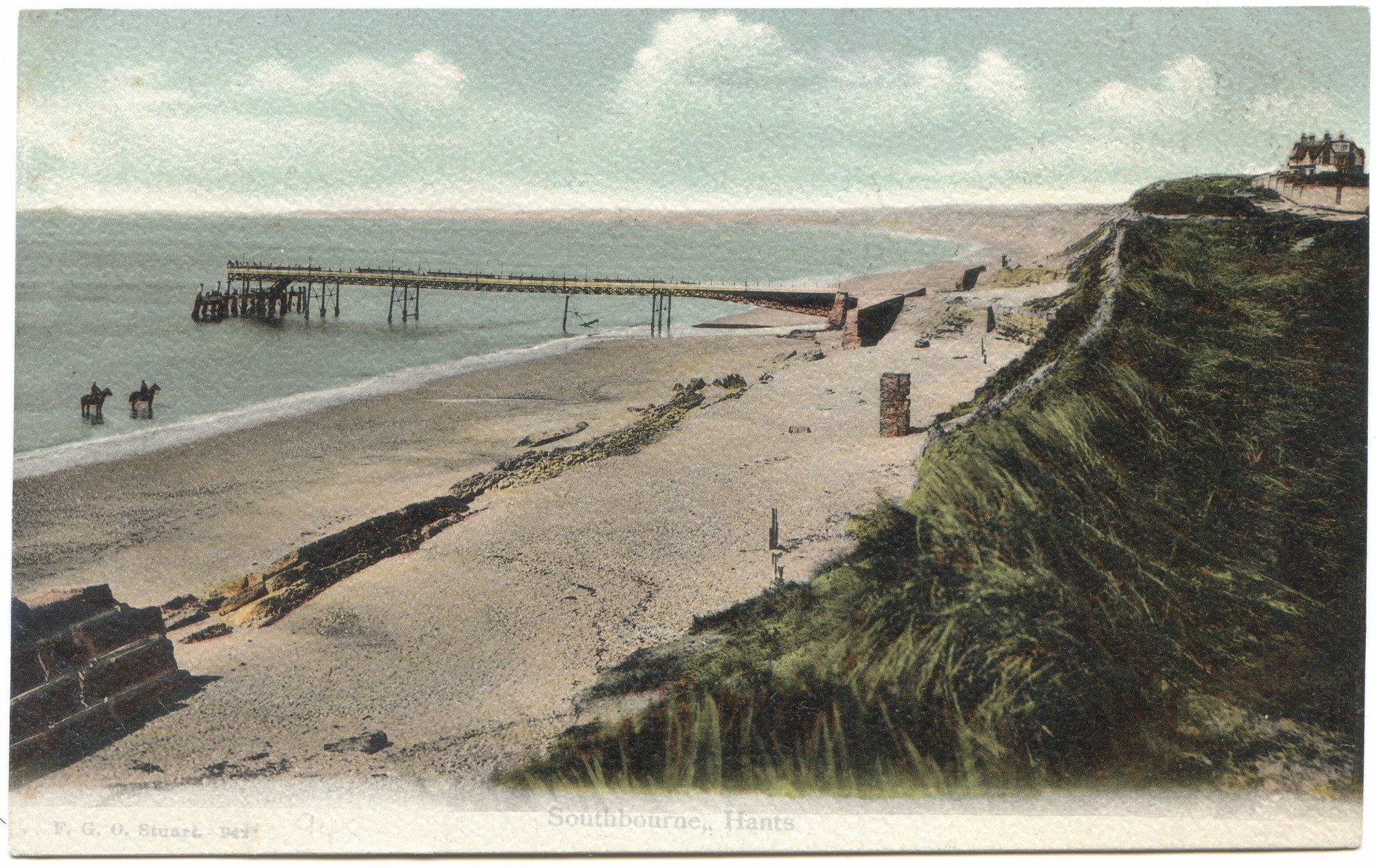 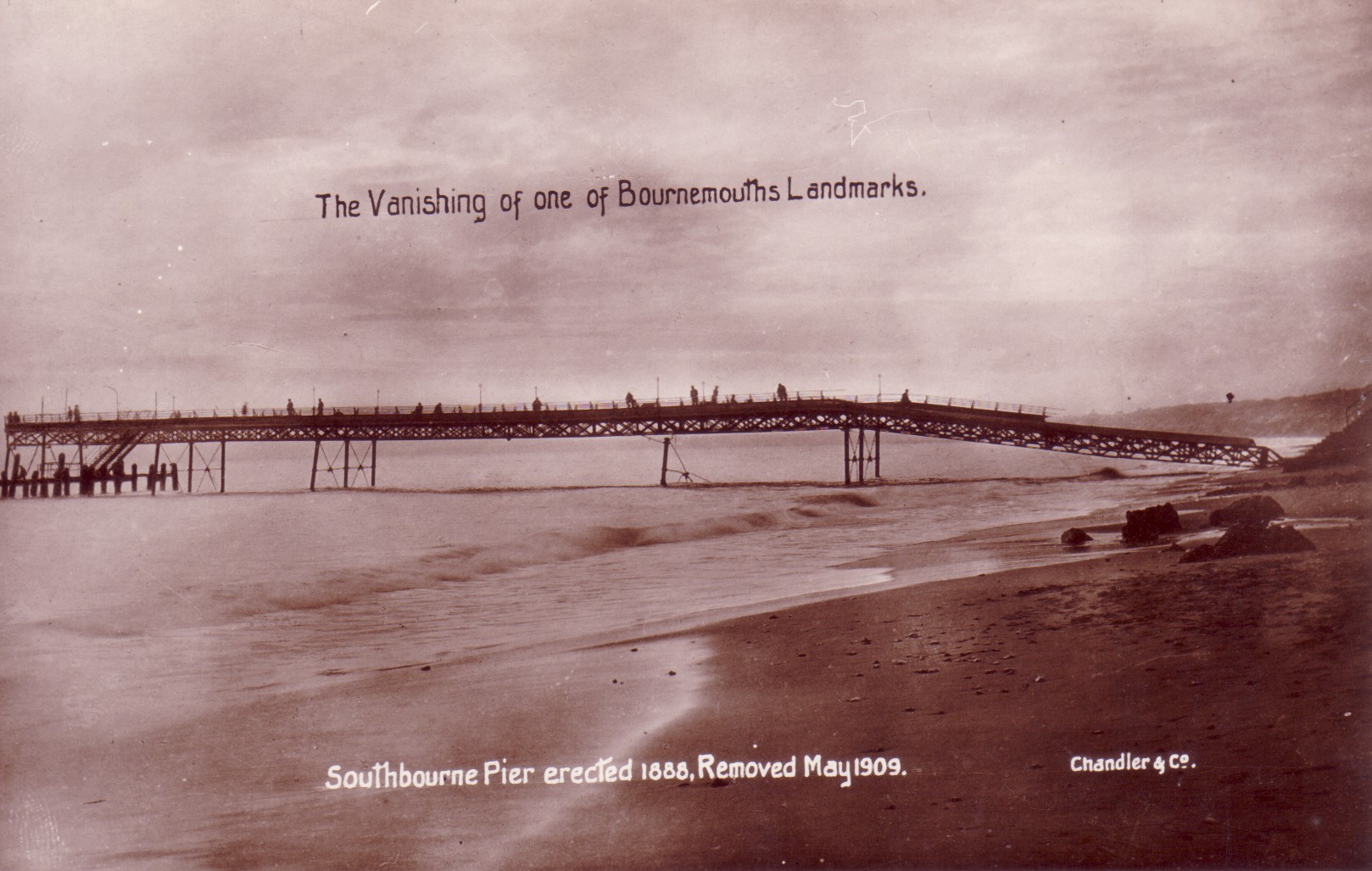