Erected in 1835 near the junction of West Street and Brielle Way, Sheerness Pier was described as ‘a very handsome pier or jetty, extending nearly five hundred yards over the bed of the Medway and beyond low water’.

Its main purpose was to enable steam packets to land and embark passengers at all times and was felt to be an important facility which would greatly increase the ability of the area to attract visitors. The introduction of warm and cold sea water baths, established by a Mr Court, added another attraction to those previously existing.

The piermaster’s house, a white-painted house on West Street at the top of a cobbled ramp, still exists, the cobbled ramp leading to where the entrance of the pier was located.

The site of the pier is now beneath reclaimed land that has been built over. 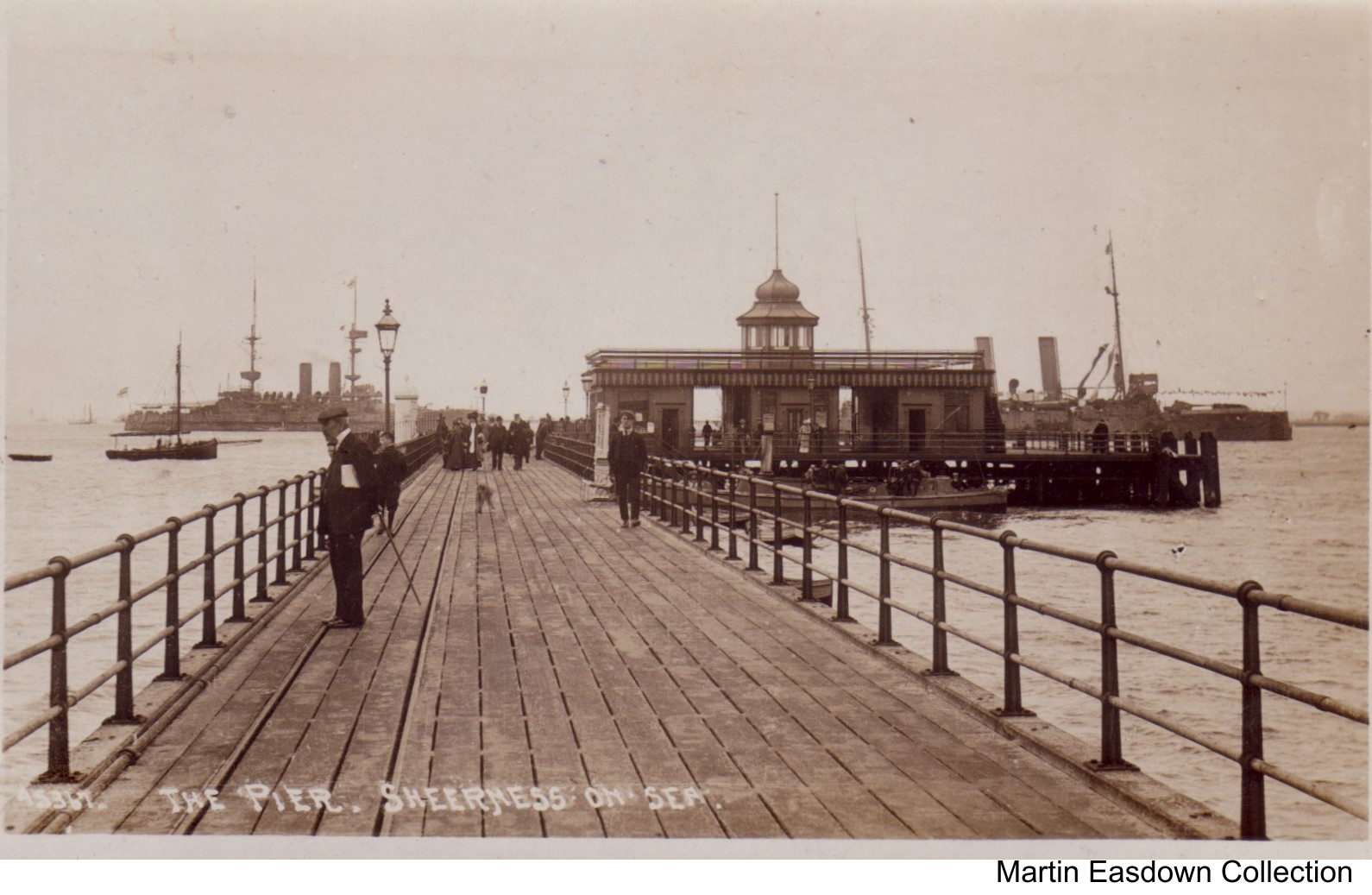