Construction began on 14th September 1866, to the design of Eugenius Birch. A change of contractor delayed the opening until 1st May 1869. The 1000 foot pier had cost £12,135. Facilities included angling and a pier-head shelter for band concerts. Dividends were paid in the early years but debts excluded any investment.

Frequent steamer damage lost the pier important income and annual revenue had fallen to £80 in 1888. When the nearby ‘cliff lift’ closed, the pier company was wound up.

It was sold in 1889 for £1,240 and £10,000 was spent by the new owners. The pier-head was enlarged and a pavilion was added. The original tollbooths were replaced by an entrance building and restaurant. But even top-name variety shows failed to generate sufficient income and the pier was sold again in 1904, for £3,500.

On 7th January 1905, a severe storm destroyed the whole structure, isolating the pavilion. The pier was not replaced and the pier-head pavilion was demolished. 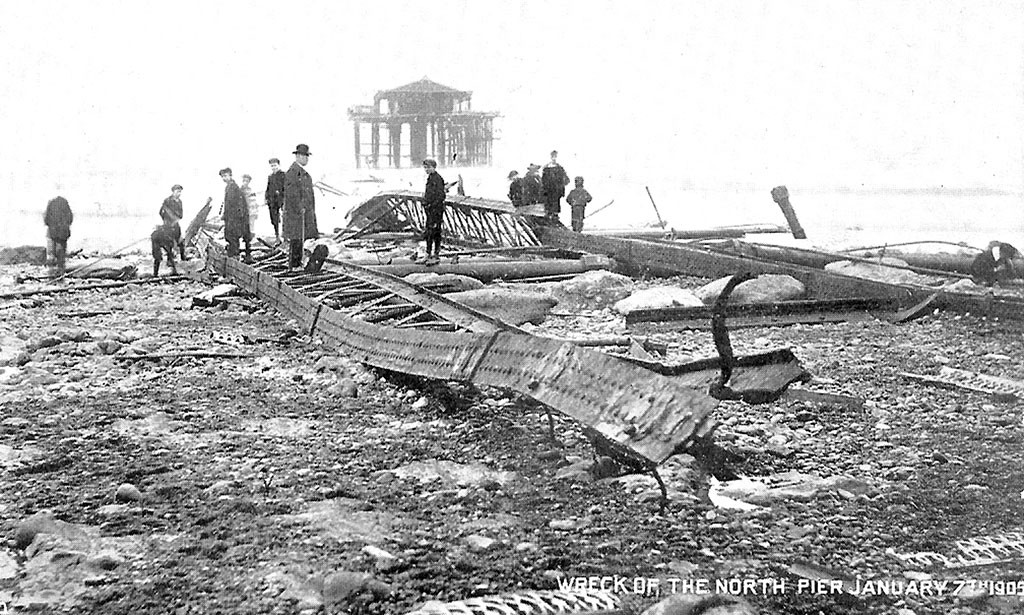 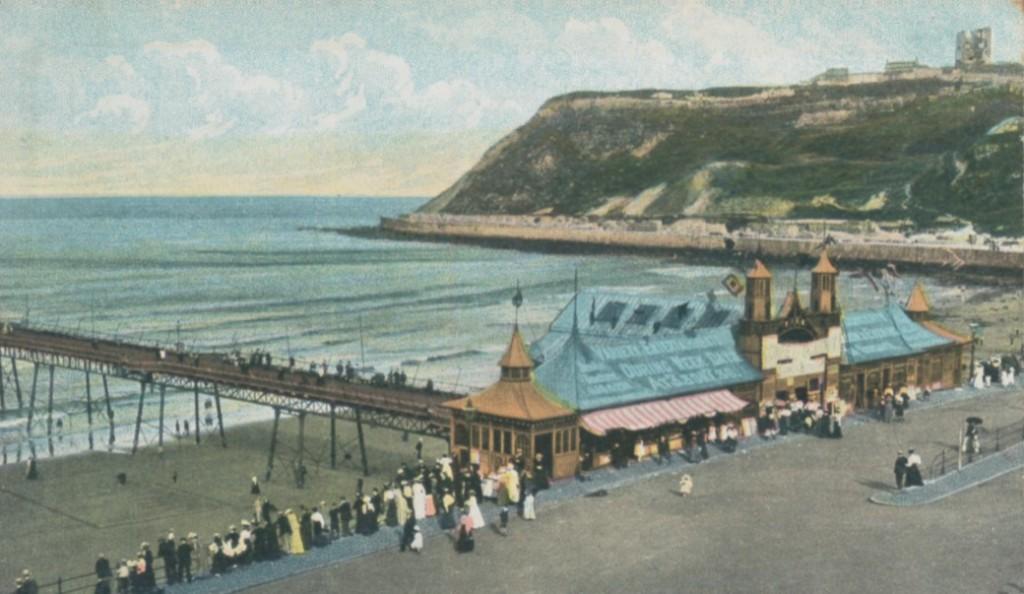