The Saltburn Pier Company was formed in 1867. Work began in December to the design of John Anderson and it opened in May 1869. The length was 1500 feet. The pier-head landing stage and the end of the pier were destroyed by a storm in October 1875. The pier re-opened in 1877 at a reduced length of 1250 feet. In 1885, a bandstand was added to the enlarged pier-head.

On 7th/8th May 1924, the ‘Ovenbeg’ collided with the pier leaving a 210 foot gap. A small theatre building was built at the entrance to compensate for the isolated bandstand. The gap was repaired in 1930.

A pile was lost in autumn 1971 and an underwater survey in January 1973 concluded that the pier was only safe in calm weather. The loss of a pile on the west side of the pier-head that June caused the area to be closed off. It closed permanently that December after the loss of an east side pile the previous month.

Three more piles were lost in January 1974, and an interim emergency repair plan was drawn up. A storm on 29th October washed away the pier-head and badly damaged the rest of the pier. In 1975, the council requested permission to demolish the pier.

A public enquiry concluded in April 1976 that only the thirteen trestles at the end of the pier should be removed. Restoration of the remaining 681 feet was to cost £52,500. The pier re-opened on 29th June 1978. A cafe/restaurant opened in the entrance buildings in 1979. The roof was renewed and restored in 1993 to its early 20th century condition using Welsh and Westmorland slate.

However by 1996 it was again in danger, being saved 4 years later by £1. 2 million of Lottery funding. The refurbished pier opened once more in 2001. In 2005, a new lighting system was installed by Redcar Borough Council at a cost of £385,000. The new lights give the pier the appearance of being moonlit even when there is no moon.

Saltburn was voted National Piers Society ‘Pier of the Year’ in 2009.

In Novemeber 2010, the two famous water-powered cliff lift carriages were taken out of service for a refit and remained out of service until April 2011.

In March 2011, as part of the Party on the Pier event to herald National Tourism Week, an exhibition featuring photographs of Saltburn Pier, as well as other English piers, was held on the pier.

In March 2012 a 50 metre long Olympic-themed knitted woolly scarf suddenly appeared on the handrails of the pier, the origin of which was a complete mystery. The scarf featured beautifully knitted olympic athletes and attracted hosts of visitors. In June, the figures disappeared as mysteriously as they had first arrived. But then, to everyone’s relief they reappeared bigger and brighter than ever in July. Their origin remained a mystery however.

The yarn bombers surfaced again in May 2013 for the Bank Holiday with a wooly masterpiece celebrating a summer theme, only for vandals to rip off characters and scatter them across the beach. Repairs were soon made however.

In December 2013, as storms struck the coast, a man narrowly escaped being washed off the pier by jumping over the cliff lift railing before a huge wave crashed over the sea wall. The pier’s lease-holder said it may not re-open for more than a year as a result of the damage caused by the devastating tidal surge.

June 2014 – Cliff lift to celebrate 130th birthday
June 2014 saw the 130th birthday of Saltburn’s iconic cliff lift, believed to be the oldest working funicular railway in the UK. The lift, which can carry 12 passengers in its two carriages, is regularly maintained by Redcar and Cleveland Council and had a £30,000 refit, in 2011, the first off site overhaul since 1992.

February 2015 – Pier arcade set to reopen
In February 2015, it was announced that after a long period of reconstruction work, Saltburn Pier’s amusement arcade was ready to open again. The arcade was wrecked by storms in December 2013 after sea water burst through the floor and flooded the building. The owner now wants the council to do more to protect the pier from further storm damage.

April 2016 – Pier used to study coastal erosion
Researchers from the University of Bath camped out on Saltburn Pier for a project about waves and coastal erosion. The project was funded by government research agency EPSRC as a joint venture between the universities of Bath in the UK, Delaware in the USA and Newcastle in Australia.

April 2016 – Saltburn Pier recreated in Lego
Also in April 2016, an exhibition called Brick Planet held at Kirkleatham Museum in Redcar featured a model of Saltburn Pier created entirely in Lego bricks. The model of the pier was the work of 42-year-old Mark Willis from Billingham and formed part of the full exhibition which contained world famous landmarks built by Lego artist Warren Elsmore.

May 2016 – Yarn bombers return to Saltburn Pier, and this year’s theme is Yorkshire!
Photographer Ian Forsyth was there to capture their latest work as they hung their display, which includes QR codes that visitors can scan for more information.

January 2017 – Flood defences minimise flood damage
In January 2017, only minimal damage was caused to the Saltburn pier arcade as a result of the storm defences which the council carried out underpinning and strengthening the building following the devastating floods of 2013.

June 2018 – Plans to set Saltburn Pier alight for 150th anniversary!
June 2018 saw an announcement that Redcar and Cleveland Council had agreed on plans to light-up Saltburn’s pier in celebration of its one and a half century history. The project would be being developed further to identify the costs of delivery and maintenance.

December 2018 – Saltburn cliff lift as popular as ever after refurbishment
A visit to the coastal town of Saltburn-by-the-Sea is not complete without a delightfully quirky trip on its cliff tramway. The oldest water balanced funicular still running in the whole of Britain, the ride takes passengers between the North Yorkshire clifftop town and its pleasure pier at sea level, 120ft below.
Read More

February 2019 – Saltburn Pier to light-up for 150th birthday celebrations?
Opened in May 1869, the Grade II* listed structure has been much altered over the years, and if listed building consent could be secured, the latest modification would see it illuminated at night by 500 light bulbs strung beneath its timbers.
Read More

February 2019 – A fascinating insight on how things could have looked entirely different at Saltburn Pier!
People on the clifftop walked out along a wooden gantry supported by slender, spidery legs until, 120ft in the air, they climbed into a circular cage, which could hold 20 people. Using waterpower, it plummeted them down to the prom.
Read More

March 2019 – Victorians required for Saltburn Pier celebration!
A special celebration was planned for Saturday May 11, with the aim of having 150 people along the popular pier and promenade in Victorian costume. The volunteers in Victorian dress would greet the crowds, pose for photos and give people a feel of what it would have been like to enjoy the pier when it first opened in 1869.
Read More

September 2019 – Saltburn cliff lift closed for further maintenance
The lift was closed for a week to allow a hydraulic pump to be installed and for its twice-yearly inspection. It reopened in August 2018 after its biggest refurbishment since 2010.
Read More

March 2020 – Questions over Saltburn cliff lift’s value for money
The Saltburn funicular is thought to be the oldest operating water-balance cliff lift in the UK. Chris Gallacher, of UKIP, asked whether the cost of operating and maintaining the Grade II-listed attraction, dating back to 1884, was a “cost burden”.
Read More

November 2021 – Thrilling action at Saltburn Pier!
Filmmakers were seen shooting a new production on the picturesque setting of Saltburn Pier. They are filming a short called ‘Möbius’ Trip’ which will be shown on various streaming platforms. A description of the film on the company’s website described it as a short and said it is “a mind-bending action thriller”.
Read More

January 2022 – A great look-back at Saltburn Pier’s first cliff lift
People on the clifftop walked out along a wooden gantry supported by slender, spidery legs until, 120ft in the air, they climbed into a circular cage, which could hold 20 people. Using waterpower, it plummeted them down to the prom.
Read More 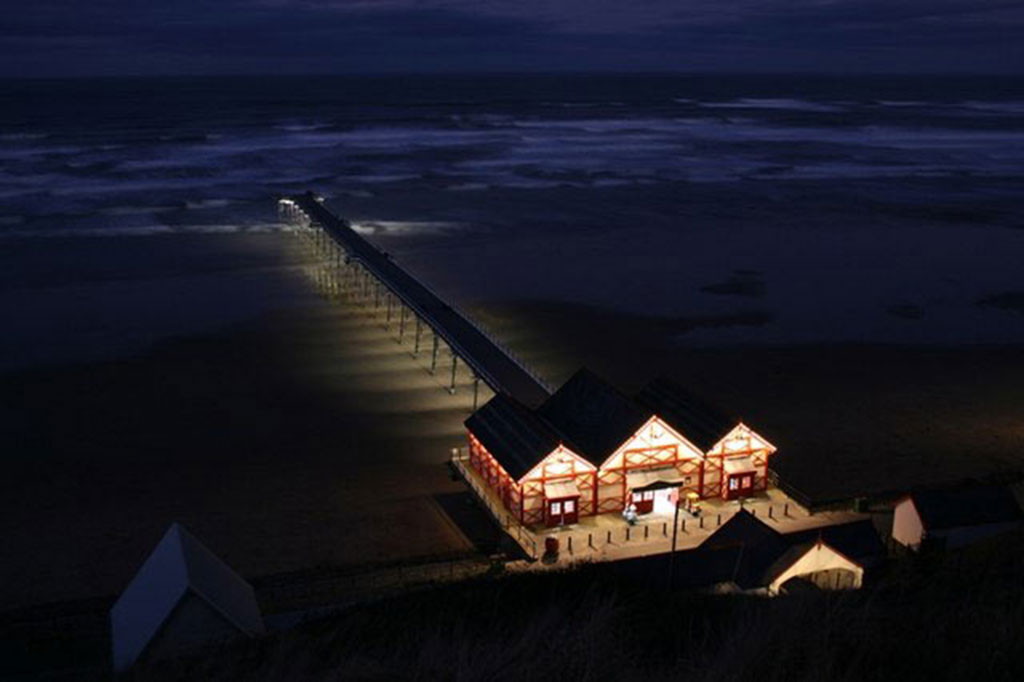 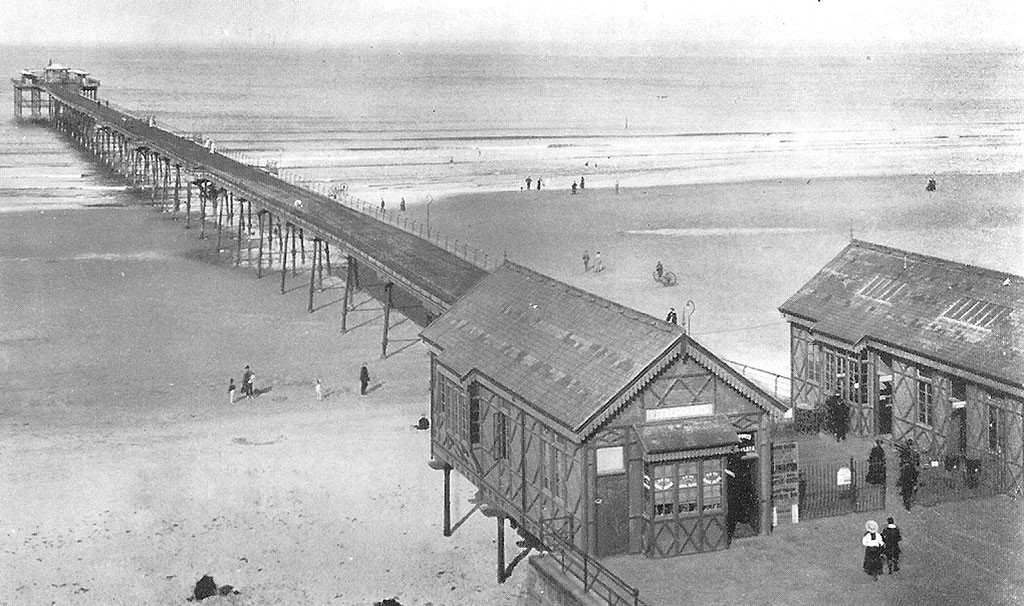 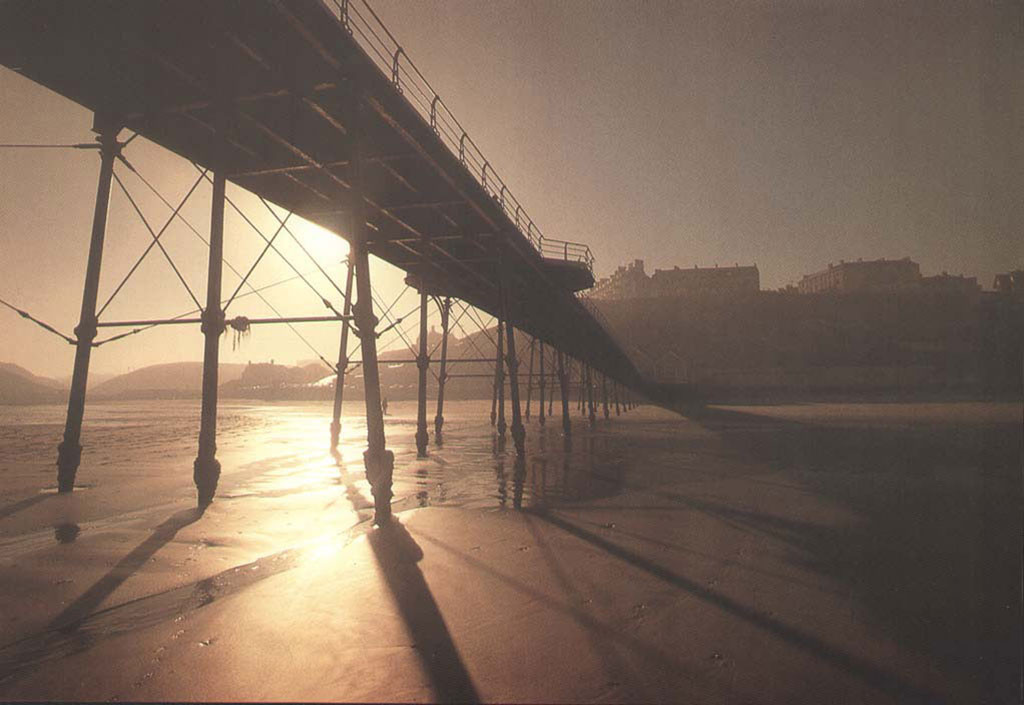 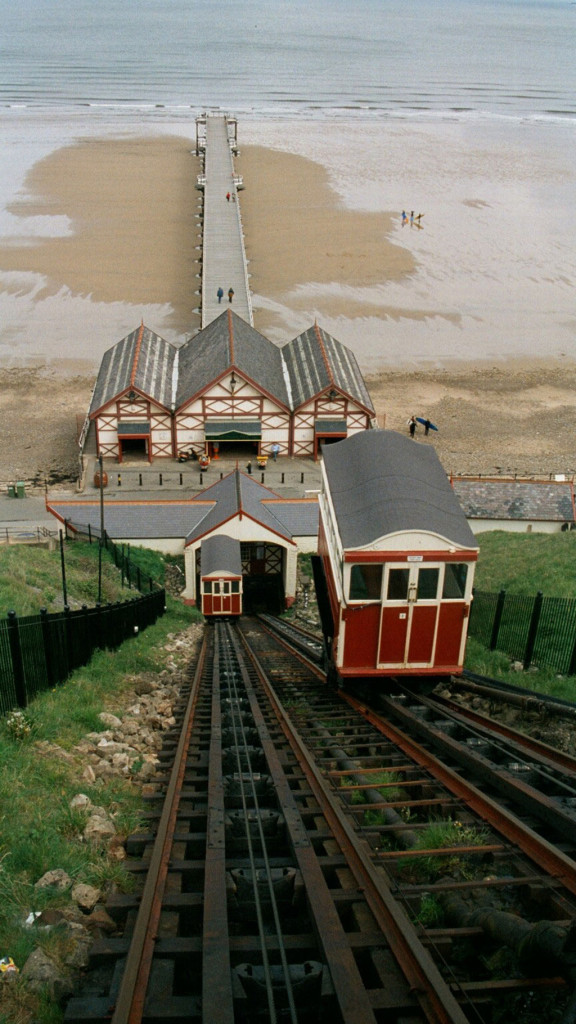 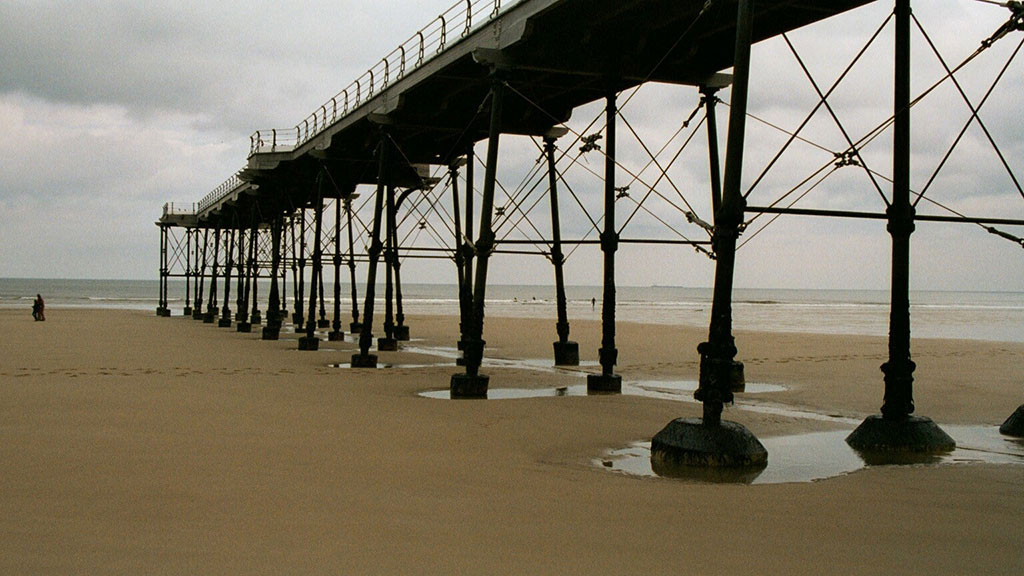 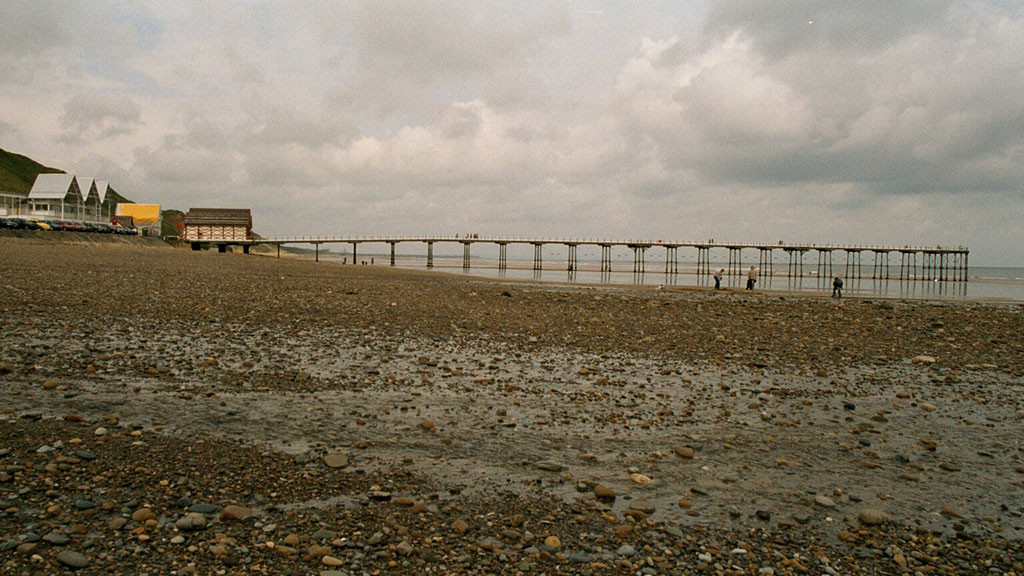