Rothesay is a classic seaside town on the Isle of Bute, in the Firth of Clyde, separated from the mainland of Scotland by a narrow channel called the Kyles of Bute.

The town’s heyday was in the Victorian era when its wooden pier was busy with ferries bringing tourists from Glasgow. Rothesay pier was the main focus of steamer traffic, and boasted a handsome Scottish Baronial terminal building which, sadly, burned down in 1962.

By the late 1800s, the journey from Glasgow, which had previously taken days had been reduced to a steamer journey of just two hours and in 1913 steamers made no fewer than 100 calls at Rothesay. Rothesay became so popular that its summer population rose to 50,000 people.

Rothesay’s popularity continued through the inter-war years but, like many other British seaside resorts, declined in the later decades with the rise of cheap package holidays abroad.

Over the years, the pier and its buildings have undergone a number of major reconstruction projects, a detailed account of which is given on the website of the Bute Sons and Daughters, a link to which is provided below.

Rothesay Pier and its Origins

More recently, Rothesay has experienced a revival of its fortunes and the local council have made major investments in the town’s waterfront and infrastructure. A new ferry berth on the front of the pier and a new adjustable linkspan bridge for loading and unloading of vehicles were constructed to enable larger ferries to operate on the Rothesay to Wemyss Bay route. A new gangway for foot passengers was also constructed. The new Rothesay Pier and Harbour redevelopment was officially opened on 7th February 2009.

August 2017 – PS Waverley damaged as it collides with Rothesay Pier
In August 2017, the the bow of the Waverley paddle steamer was damaged after it struck the pier at Rothesay in the Firth of Clyde. Fortunately, no-one was injured and the day-trippers were returned home by ferry. The operators advised that all cruises would be cancelled until repairs had been made. 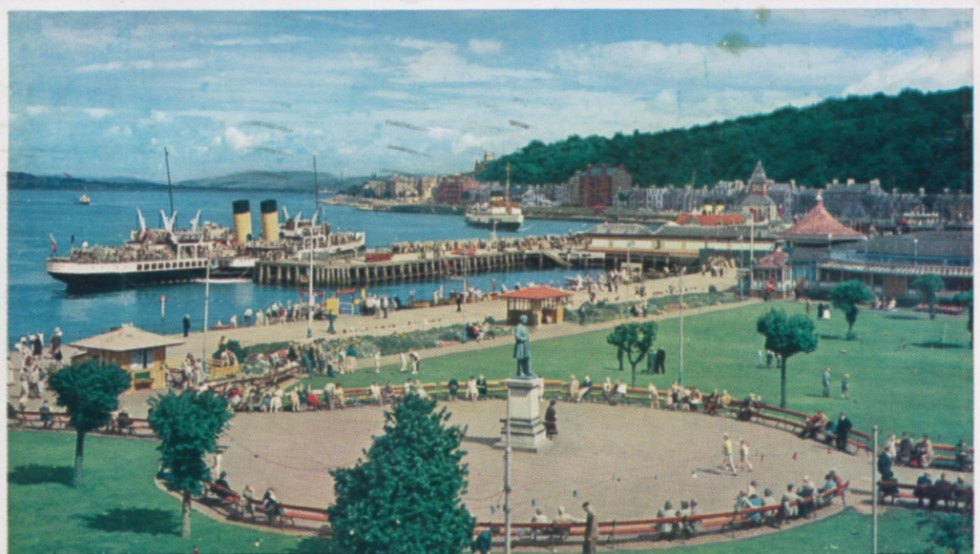 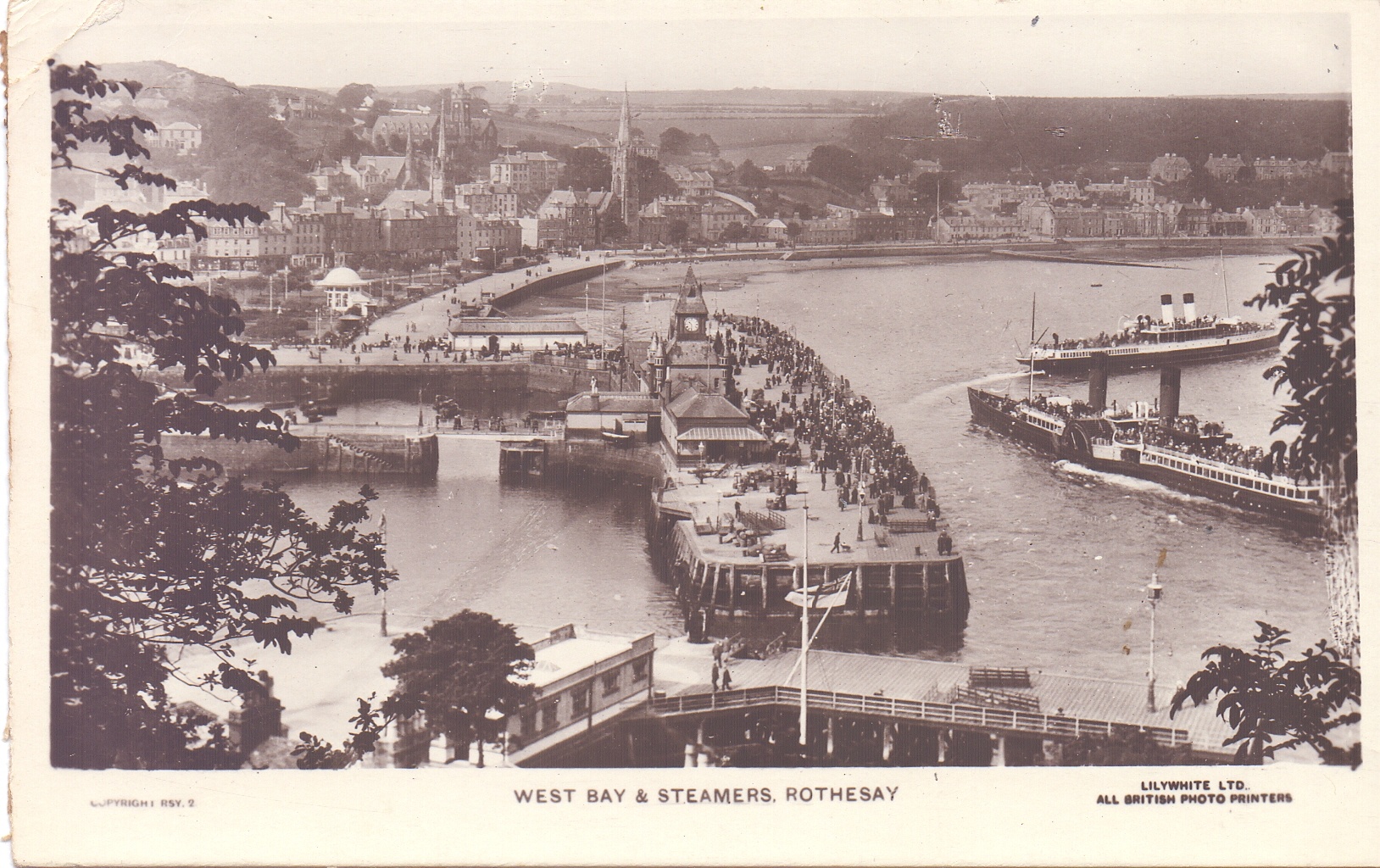 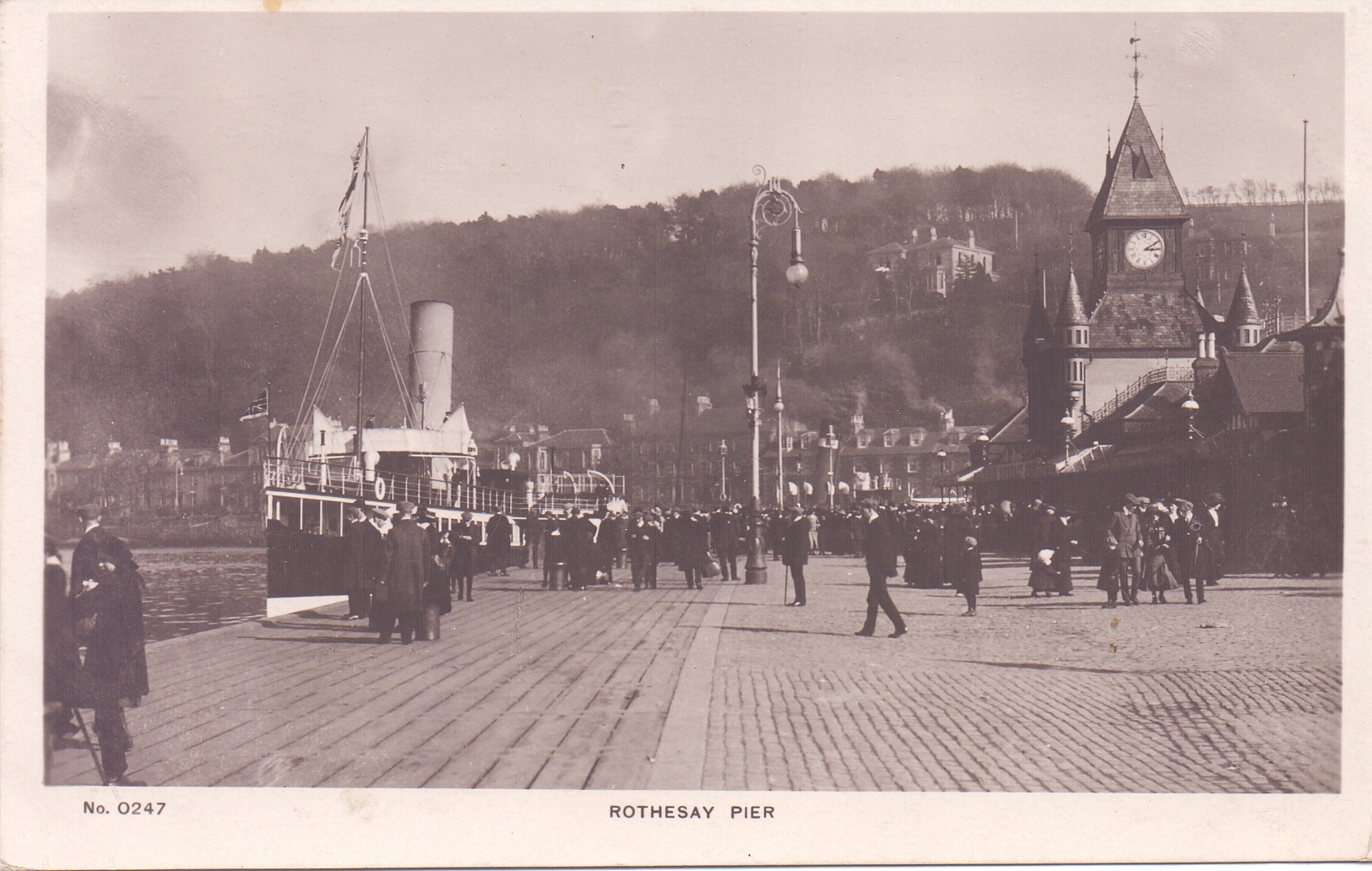