Opened in 1867 to the design of James Brunlees, it cost £15,000 and was 2355 feet long, standing 11 feet above high tide level. It initially included a pier railway. Steamer excursions ran to other Welsh resorts and to Liverpool.
In December 1883, the schooner ‘Lady Stuart’ caused extensive damage and 180 feet of the pier was lost. In 1891, fifty people had to be rescued when the steamer ‘Fawn’ collided with the pier. Also in 1891, the Bijou pavilion opened. Pierrots and variety artists provided the entertainment. Other attractions included restaurants, tea-rooms, a band-stand, shops and private baths.
In 1901, a fire destroyed the pavilion and part of the structure was closed. A succession of storms in 1909 caused the collapse of a section of the pier. By 1913, the pier had become unsafe and was closed. It remained derelict until Rhyl Council acquired it in the 1920s. The seaward end was demolished but the shoreward end was developed and included the building of an amphitheatre.
The pier re-opened from 1930 to 1966 when it was again closed on safety grounds. By then it measured just 330 feet.
Demolition began in March 1973.
December 2016 – Sculpture pays homage to Rhyl Pier
In December 2016, a photograph of the impressive wall sculpture of Rhyl Pier taken by Yveline Le Gars Hands was featured in the Rhyl, Prestatyn & Abergele Journal. 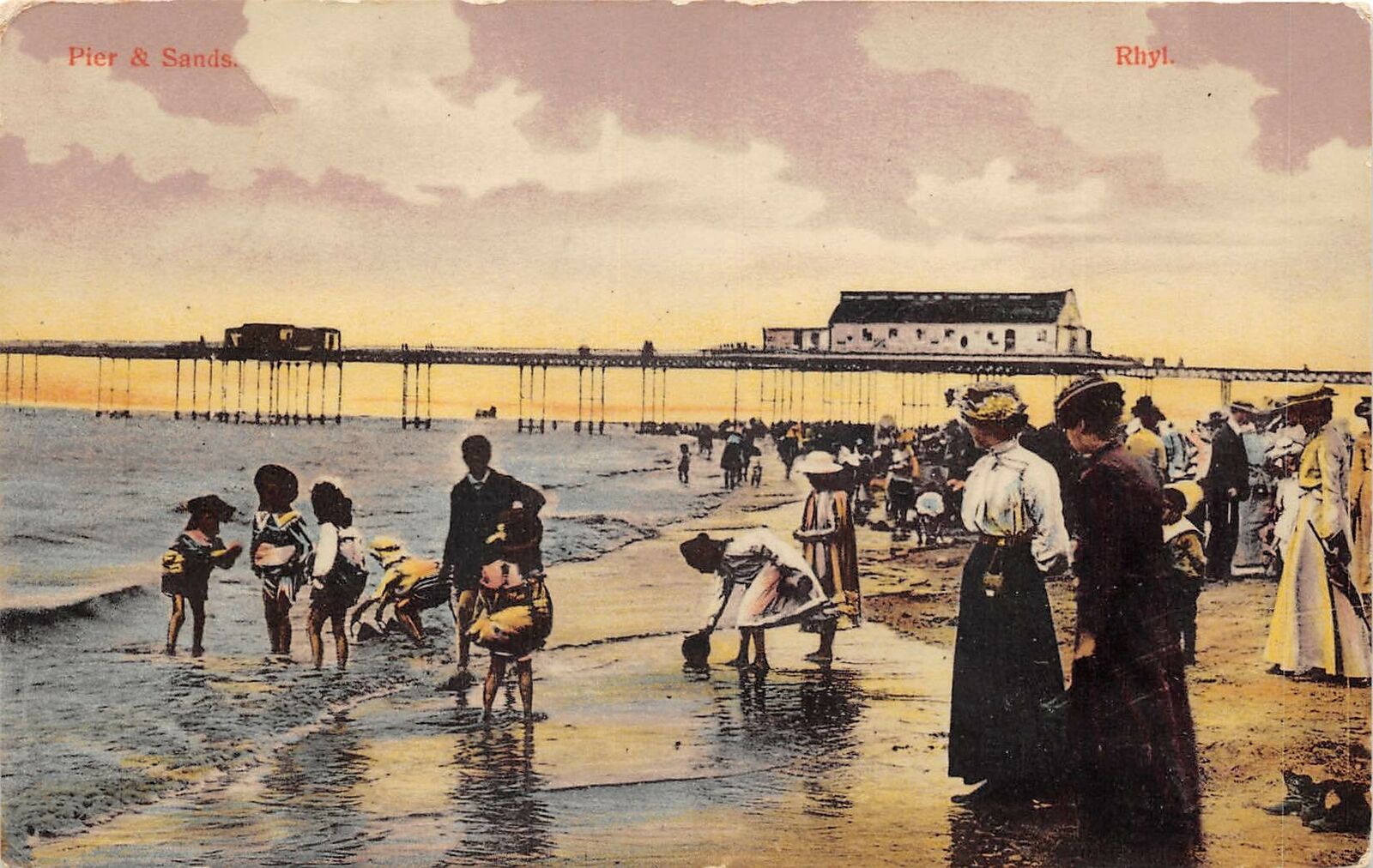 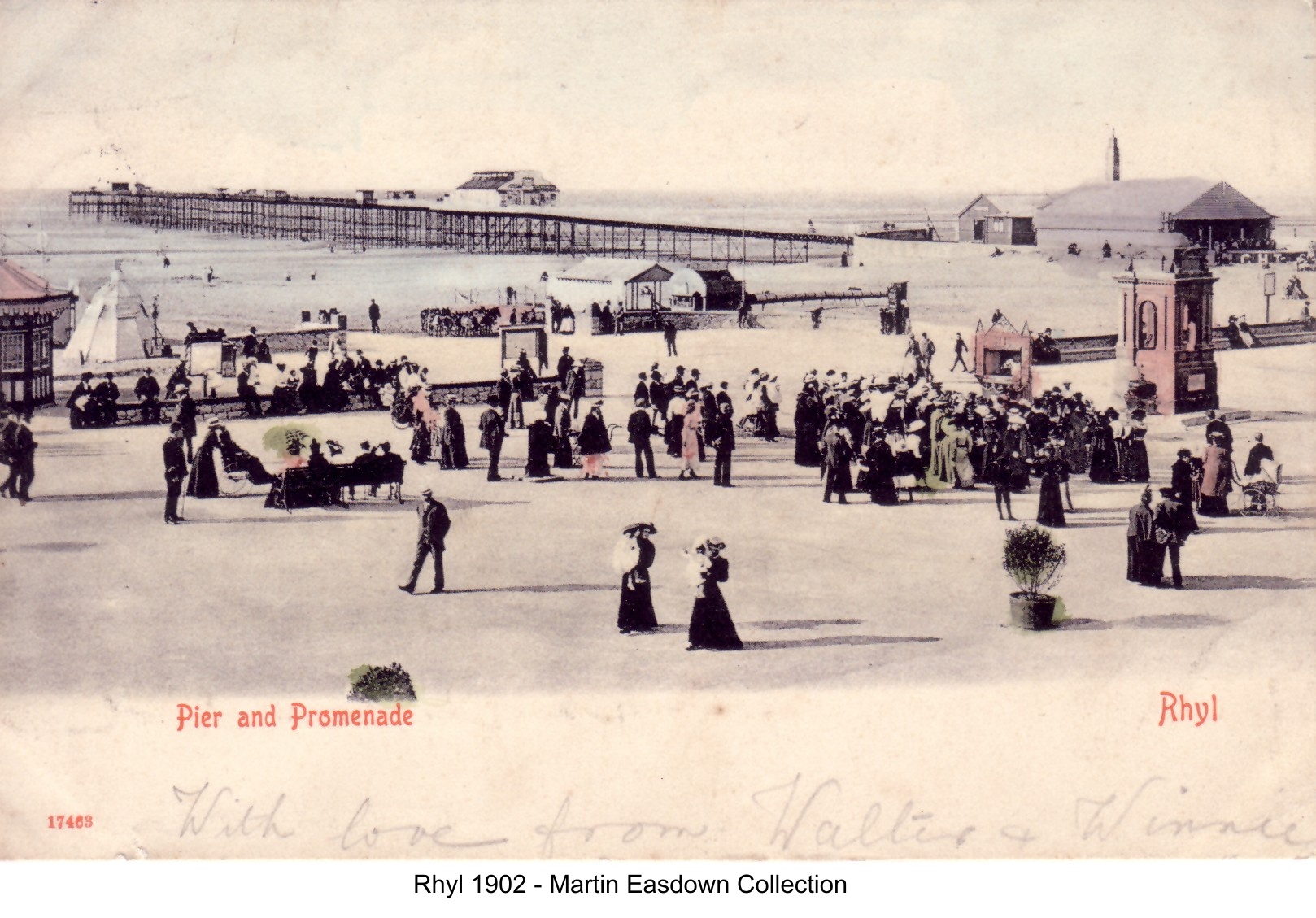