Construction began in 1879 to the design of H.Robinson. The 550 foot pier opened on 31st July 1881 having cost £15,000. Facilities included a switchback railway, camera obscura, joy-wheel, angling and a 250-seat pavilion on the pier-head.

The Ramsgate Promenade Pier Company Ltd. found itself in financial trouble less than two years later and was ordered to be wound up on 28th April 1883.The contractors, Head Wrightson, bought the pier for just £250 at auction in 1884.

Storms damaged the pier in 1897 and the switchback railway was removed. Further attractions were added during the Edwardian era but, by 1914, the pier had become unsafe and was closed.

In 1917 it suffered fire and collision damage and, in 1918, a mine exploded under the structure, causing severe damage.

The Ministry of Transport acquired the pier in 1929 at the end of a 50-year lease and demolished the remains in June 1930. 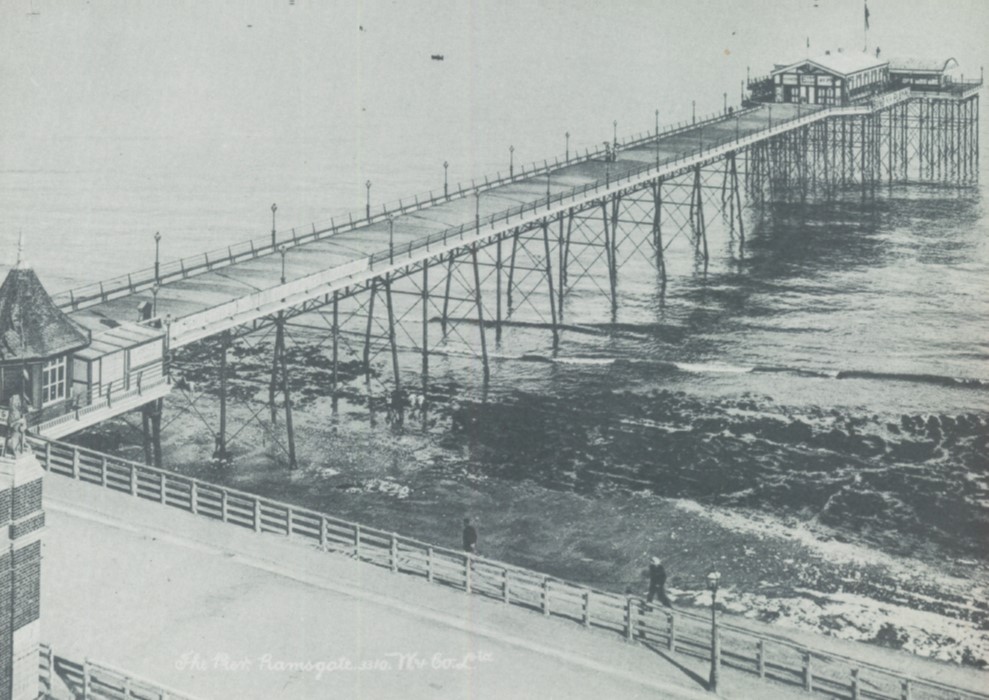 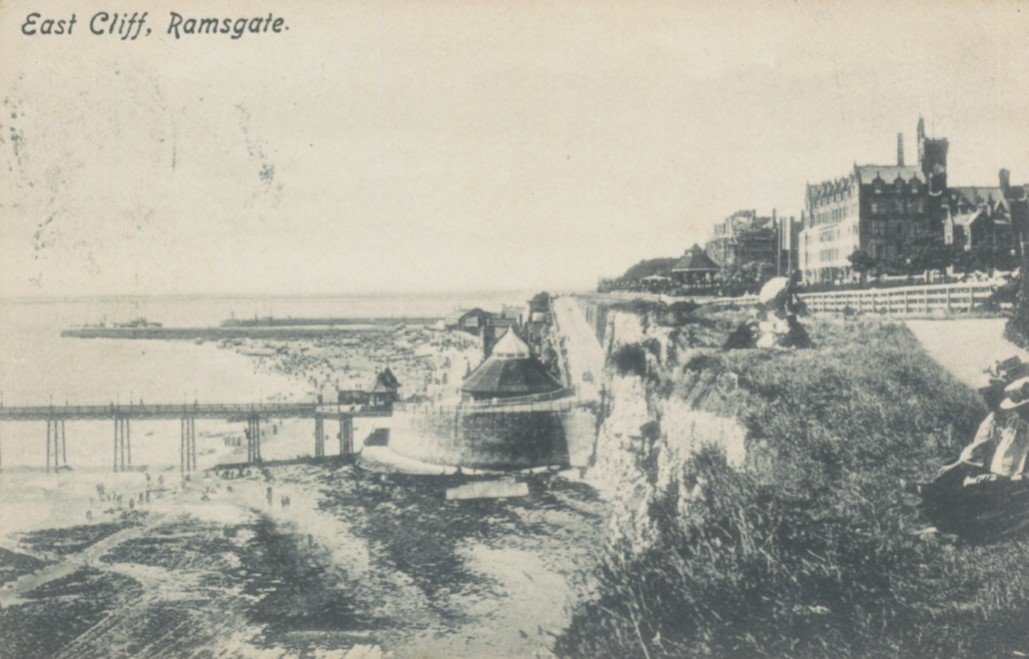 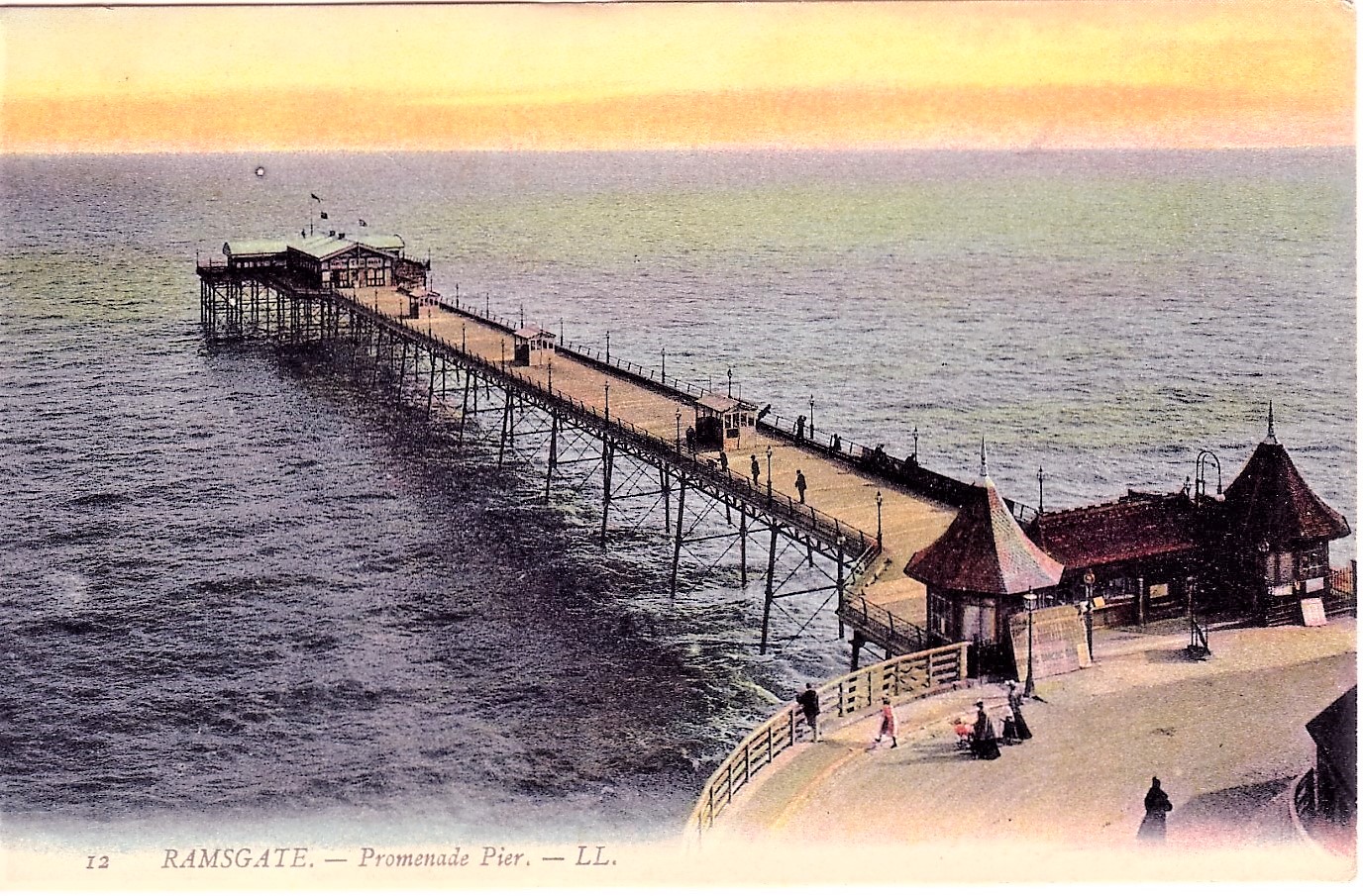