The pier closed at Easter 1986 after decking collapsed at the seaward end. A fire on 4th February 1987 damaged the amusement arcade at the shoreward end and, in November 1989, the owners were instructed by the Council to either upgrade or demolish the structure. The pier was sold in January 1990 and repair work began. However, in March 1991, a Council report effectively condemned the pier.

The ballroom was destroyed by fire on Easter Sunday 1991 and demolition began in March 1992.

June 2022 – A kitchen sink drama at the site of Morecambe’s Central Pier!
Anthony Padgett’s contemporary kitchen sink sculpture is a tribute to John Osborne (1929-1994) who finished off his play, Look Back In Anger, on Morecambe Central Pier in 1955. He described the Pier, which was demolished in the 1990s, as his open-air office.
Read More 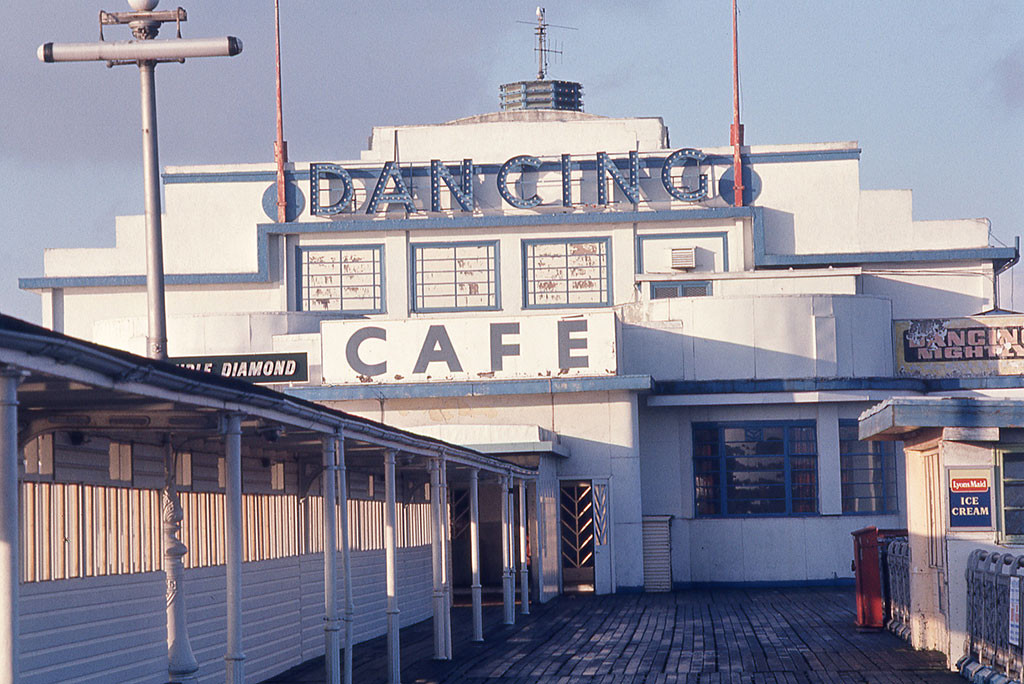 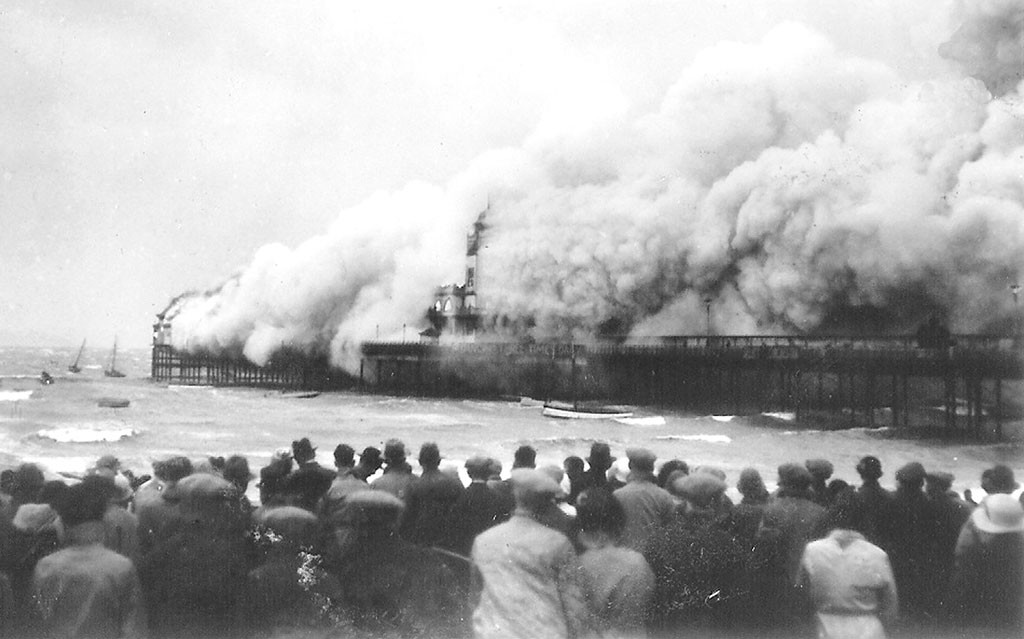 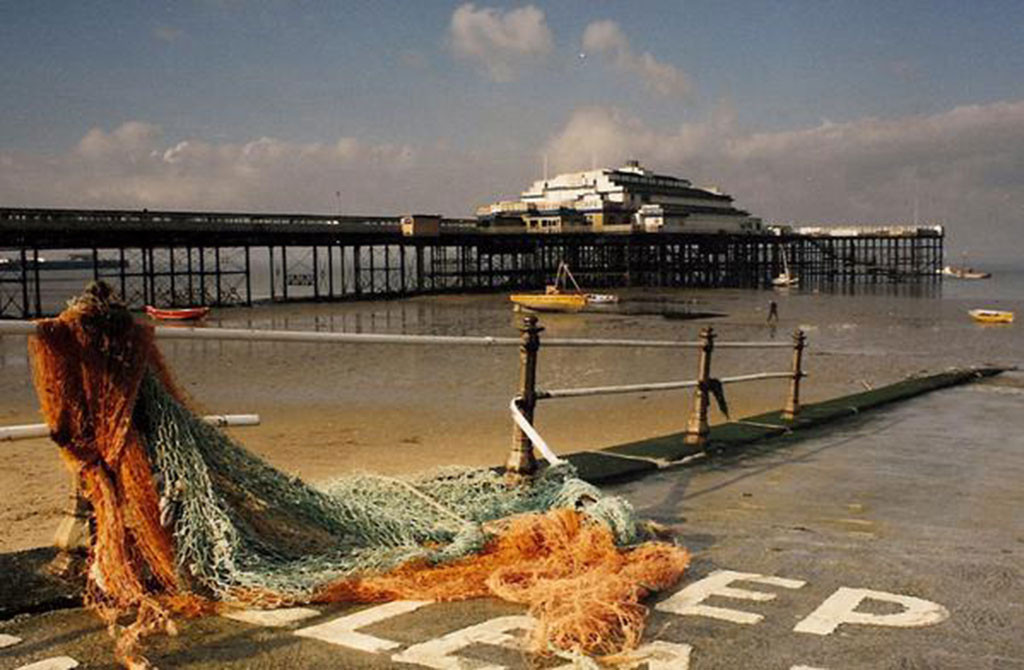 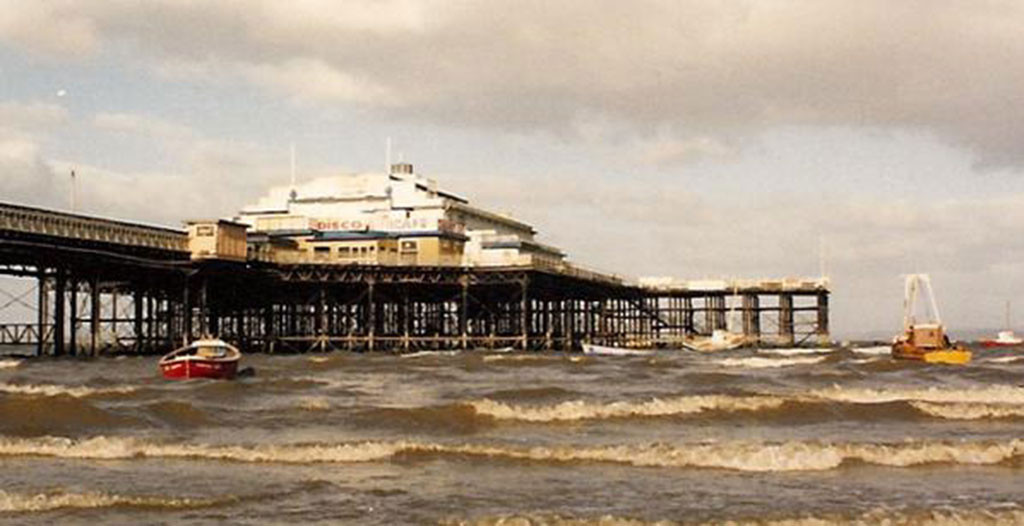