Built originally as part of the harbour construction works, two 500 foot piers were erected in 1831 for the Norwich and Lowestoft Navigation Company. William Cubitt was the engineer. These are now known as the ‘inner north’ and ‘inner south’ piers. In 1884, Sir Martin Pete formed a new company to improve the harbour. Today’s South Pier is 1320 feet long and dates from 1846.

A reading room was added in 1853/4 and a bandstand jetty in 1884. The bandstand and reading room were destroyed by fire in 1885. Another reading room/pavilion was constructed in 1889/91 and, in 1928, the pier was strengthened with concrete.

The reading room/pavilion was badly damaged during World War II. The remains were demolished. The new owner was Associated British Ports who leased it to the local council (now Waveney Borough Council). Some areas were leased to other individuals at varying times.

A new pavilion was built to the design of Skipper and Corless, local architects. It was officially opened by the Duke of Edinburgh on 2nd May 1956. In the mid-50s, a miniature railway ran the length of the pier.

Substantial alterations were made in 1974/5. The shoreward end building was replaced by a 220 foot long leisure centre costing £220,000. The pavilion was also improved.

In 1987, the seaward end closed due to structural problems. ABP carried out tests and, the following year, outlined controversial plans to incorporate the pier into a new marina with a private clubhouse for yachtsman on the site of the pavilion. ABP assured locals that they would still be able to walk or fish along the pier. But, by June 1990, the pavilion had been pulled down for over a year and there was no sign of development on its former site.

In April 1992, ABP reported that the Yacht Harbour scheme was postponed.They were seeking ways of financing the work. In the meantime, just the shoreward end of the pier remained publicly open. After refurbishment by the council costing £30,000, the pier opened to its full length again in June 1993.

The pier underwent a major refurbishment programme during 2008.

October 2013 – Anger as Lowestoft’s South Pier is closed
Closure of the seaward end of the South Pier beyond the RNLI building in October 2013 caused anger with those who have used it for fishing. Associated British Ports (ABP) who own the fear cited ongoing costs of maintenance and public liability insurance as their reason for the closure.

November 2013 – Fight hots up to reopen South Pier
But in November 2013, anglers and local people formed a new group, Pier Pressure, to fight the closure of the pier, stating their aim to be ‘to regain  public access to a much-loved part of the heritage of this town.’

February 2019 – Lowestoft South Pier receives funding boost from ‘Making a Difference Locally’ scheme
Mr Steel said: “The reason we got involved in opening the pier back up when Waveney District Council closed it down was because it is an iconic structure in Lowestoft. “People see the pier as a major part of their lives”.
Read More

November 2019 – New sculpture on Lowestoft South Pier to be unveiled
A new sculpture was set to be installed on the popular pier as part of a major art trail across the UK. It came after plans to introduce a steel artwork, which would act as a memorial for local fishermen, was given the go-ahead.
Read More 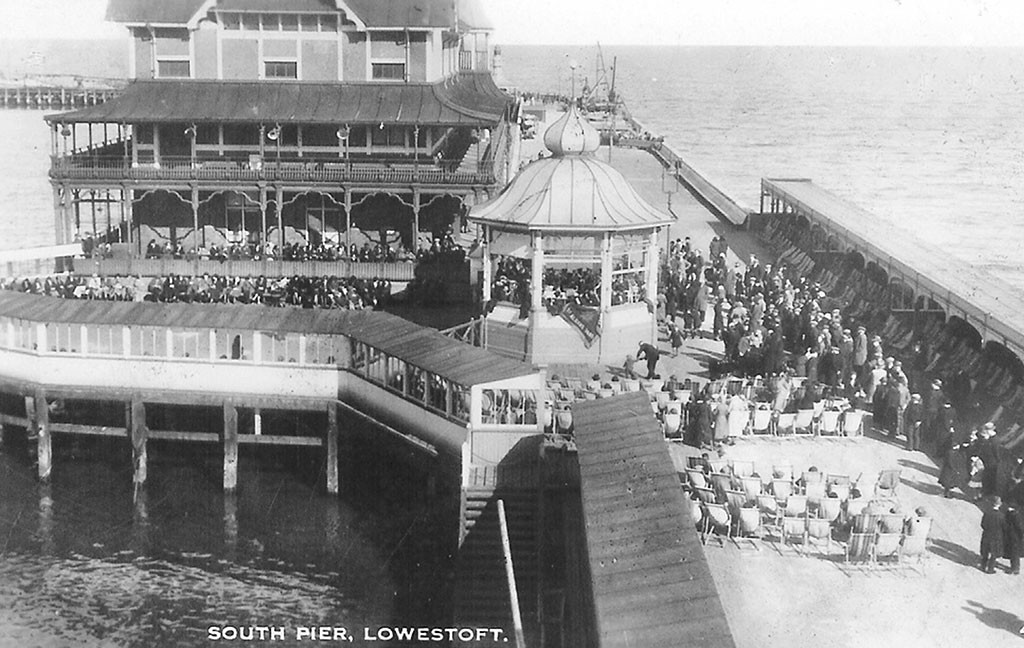 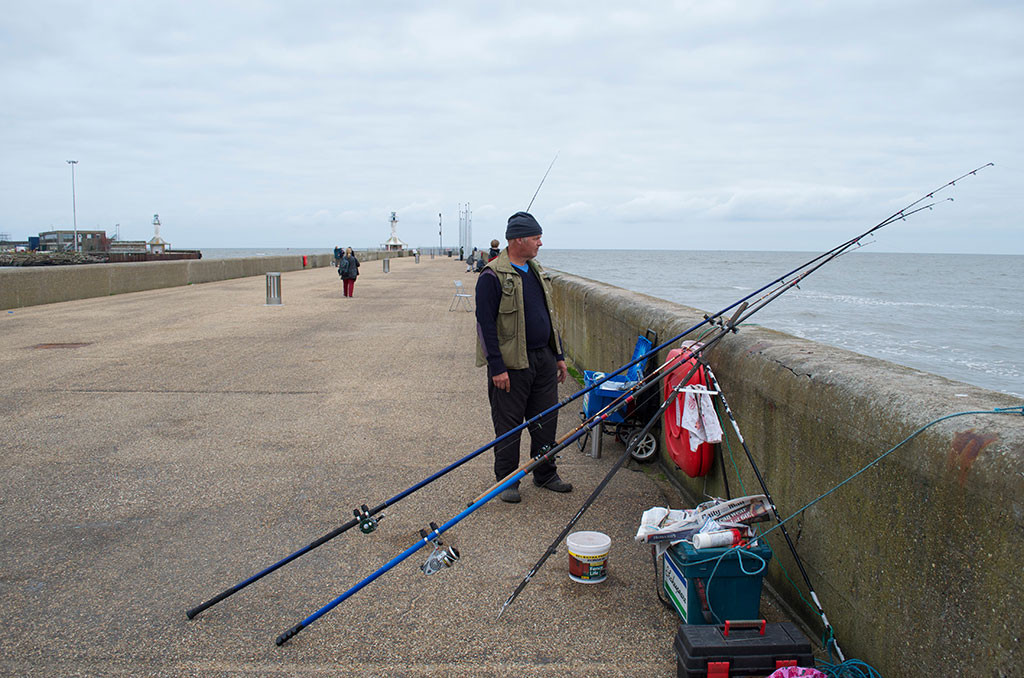