The 600 foot pier was constructed for the Coast Develeopment Company in 1902/3 to the design of D.Fox. ‘Belle’ steamers used to call. In 1912/13, the T-shaped pier-head was developed to include a pavilion. This brought the pier’s length to 760 feet. Additionally, the original wooden piles were renewed using greenheart timber.

Steamer services ended in 1939 and the pier was sectioned as a defence measure in 1940. When the risk of invasion had passed, the gap was closed with a Bailey Bridge and the pier became an Army training centre.

By 1948, the pier was abandoned and derelict.When Lowestoft Town Council declined to purchase the structure for £4,000, actor George Studd took it over for a year and repair work commenced. A reinforced concrete platform and a new pavilion had been built by 1950. In 1962, the pier-head and some of the main structure were destroyed by storms, reducing the pier’s length to 720 feet.

In 1988, an extensive restoration plan was announced. This high cost project would involve replacing piles and providing new decking to allow the re-opening of the unsafe seaward end. However, although the shoreward end amusements were renovated, the rest of the pier was not. Consequently, the deck remained closed.

In 2000, the artist David Ward was commissioned by Lowestoft Council to create a visual link between Claremont Pier and South Pier. The “St Elmo’s Fire” installation was unveiled in 2001 and consists of a group of lights suspended on tall poles, which are reflected on the water between the piers.

Facilities at the shoreward end include a nightclub, amusement arcade, childrens’ rides and a restaurant and take-away.

September 2013 – Pier demolition warning
A warning was issued in September 2013 by the pier owner, David Scott, that up to £1.5m was needed to restore the 40m seaward section of the pier. This had been closed for several years after being judged to be unsafe and would have to be demolished if the appeal for funding failed.

December 2017 – Lowestoft’s Claremont Pier to host Christmas and New Year’s Eve celebrations
In December 2017, it was announced that popular venues, The Aquarium and Rocksalt Restaurant, on Claremont Pier would be throwing two huge parties during the festive season.

April 2018 – Lowestoft Claremont Pier for sale!
In April 2018, the Claremont Pier was put up for sale after 48 years of ownership by the Scott family, who purchased the building in 1971.The pier’s owner, Mr David Scott, had run the business on his own for six years after taking over from his father John and brother Paul. Commenting on his decision to sell, Mr Scott said “We have got it to a reasonably good level now and it is trading well and the rental income will see a good return on the investment. But you reach a stage of your life when you think you have done all you can and it is time to pass it on to someone else.”

April 2018 – Look-back at Lowestoft Claremont Pier
Later in the month, following the news of the proposed sale, the Lowestoft Journal published a series of nostalgic images of the pier.

January 2020 – Lowestoft Claremont Pier closes ahead of final sale deadline
In January 2020 it was announced that Lowestoft’s iconic Claremont Pier was to be closed for a month and put into temporary liquidation – as its owner tried one final time to sell the historic Suffolk landmark – ahead of a final deadline for offers of January 31.
Read More

May 2020 – Buyer found for Lowestoft Claremont Pier
Mr Scott slashed the asking price from £2.5milllion in 2018 to £1.25m in January, with the 600ft pier closed while Claremont Pier Ltd was taken into temporary liquidation. The pier remained in the hands of liquidators MHA Larking Gowen and was shut during the UK-wide coronavirus lockdown. However Jonathan Carmen, of Halesworth-based Fennel Chartered Surveyors, confirmed a buyer had now been found and that the sale was progressing “very well”.
Read More

July 2020 – Lowestoft Claremont Pier’s new owners set out their vision for the pier
In July 2020, already the fish and chips restaurant and ice cream kiosk had reopened, with an extended amusement arcade, bar and new gift shop set to hopefully open on Saturday. The owners consisted of Edward and Charmaine Mayne, their eldest child Victoria Manning and her husband Michael Manning, son Ernie Mayne as well as daughter Charmaine Llewellyn and her husband Ben Llewellyn.
Read More

March 2021 – New Beach Bar to open at Lowestoft Claremont Pier
A new beach bar, with an upstairs sports bar, ice cream parlour and outdoor viewing area was preparing to open on Lowestoft’s seafront And the new business would be a family affair, with Victoria Manning and husband Michael running the bar alongside her sister, her sister’s husband and their parents. The former Zoo Bar premises was set to be transformed by the family into Piranha Joes Beach Bar.
Read More

May 2021 – Lowestoft Claremont Pier looks forward to a bright summer season!
A new sports bar, ice cream parlour and rooftop terrace was soon to be unveiled at the iconic pier. Having taken over the Claremont Pier in Lowestoft on July 20 last year, the multi-generational family of seven who own the historic pier were looking forward to the future. The “family vision” had seen work gathering pace over recent months, with the owners hoping to open the new rooftop terraced seating area, the ice cream parlour and Sports Bar @ Claremont Pier at the end of the month.
Read More

July 2021 – Lowestoft Claremont Pier lights up the sky to celebrate the first year under new ownership
A stunning laser light show illuminated the night skies over a prominent Lowestoft landmark. Hundreds of people gathered in front of the Claremont Pier on the south beach in Lowestoft. The laser light display took place to mark the end of the first year of the pier being in the ownership of the Mayne, Manning and Llewellyn family.
Read More

August 2021 – New club to open on Lowestoft Claremont Pier
The club, which is called The Venue, was set to open on August 29 in time for the bank holiday weekend and would permanently operate every Saturday night and also feature DJ sets out on the terrace. The Venue was set to replace what was called Aquarium, a 900 person capacity music venue.
Read More

February 2022 – Owners seek to reopen Lowestoft Claremont Pier deck
The pier itself, a 60-metre stretch of wooden decking, has been closed to the public since 1982, with only seagulls making use of it in recent years. But now, after four decades of desertion, Mr Llewellyn says reopening the pier is a “high priority”, and is already in talks with a company regarding a surveyor’s report, but admits finances will dictate the speed at which the project progresses. 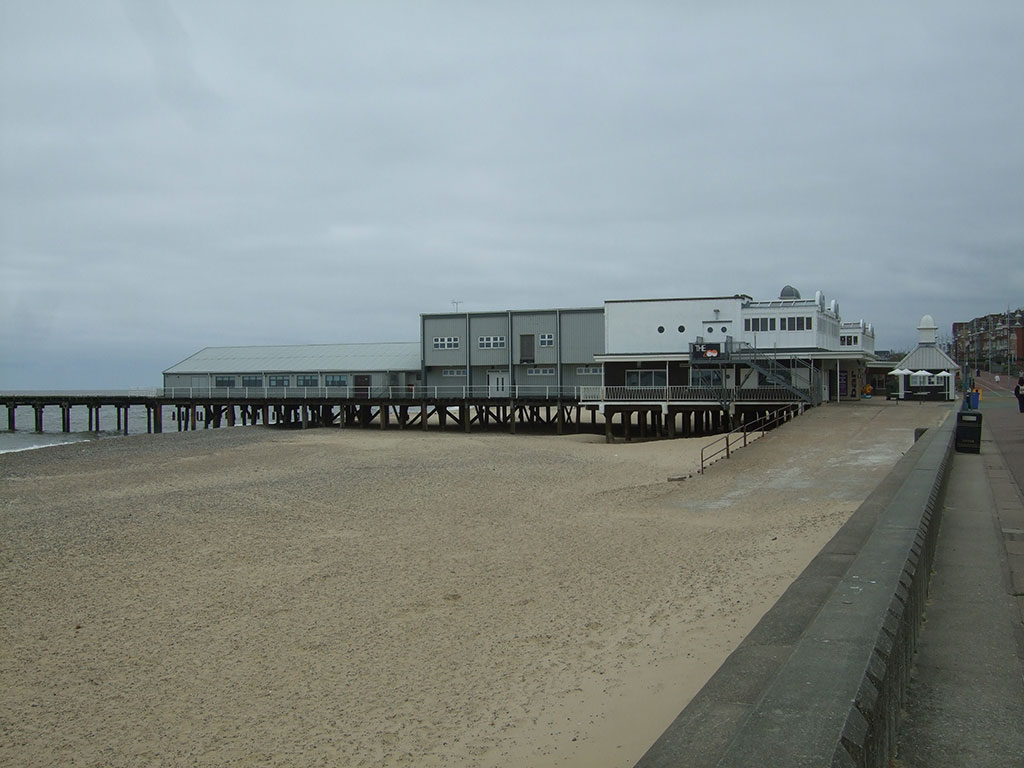 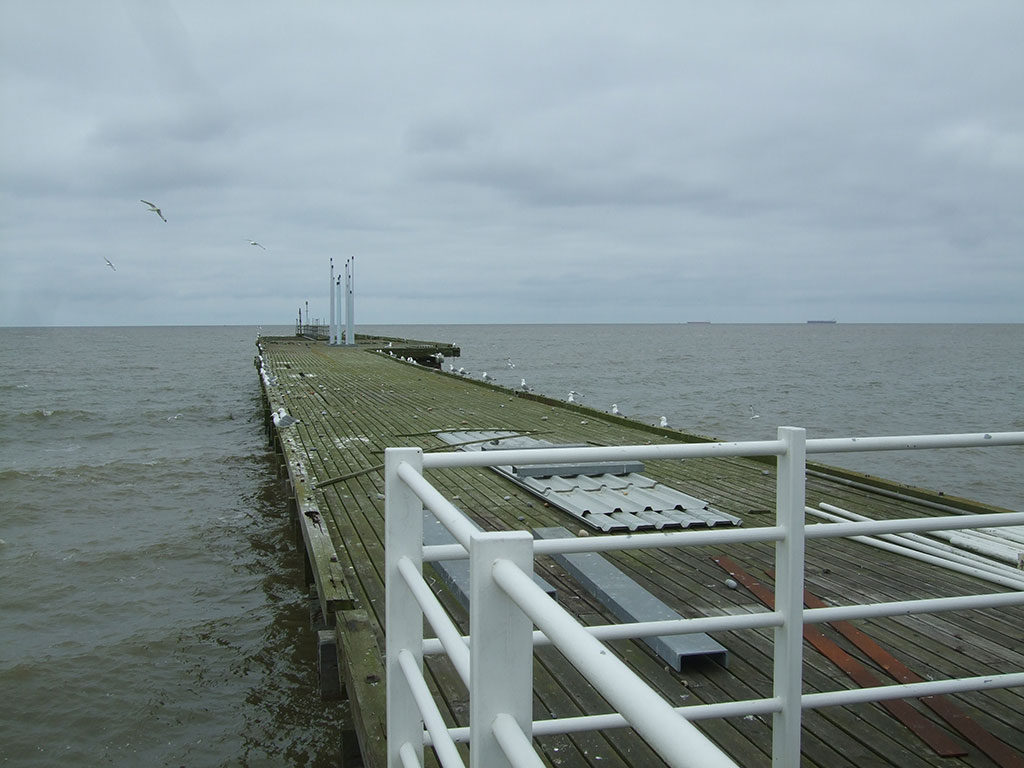