Designed by J.W. Wilson, this 830 foot pier opened on Easter Sunday 1870. In 1882, paddle steamer services commenced across the Wash to the new Skegness Pier.

The ‘handsome and commodious pavilion’, added in the 1890s, was destroyed by fire on 11th June 1939 and was not replaced.

After World War II, the pier housed a roller-skating centre and a small zoo and ‘starred’ in the 1956 film ‘Barnacle Bill’. A miniature steam railway, powered by a Bassett-Lowke engine, ran the length of the pier. The line was dismantled in the 1950s.

The seaward end fell into disuse but, at the shoreward end, a two-storey amusement building (replacing an old arcade and cafe) was completed in 1964.

On 11th January 1978, a storm destroyed most of the pier and a small section at the end was removed by the council some weeks later. The shoreward end amusement arcade survived, along with one set of piles, to remind people of what had arguably been East Anglia’s finest pier.

However, in 2002, the entire building, as well as the remains of the pier, were destroyed in a fire. As the building was so badly damaged, firemen could not determine the cause of the fire. Today, a new arcade and bowling alley complex occupies the site, but although the building is still referred to locally as the ‘Pier’, there is virtually nothing left that could be described as a pier in any real sense.

September 2015 – Campaign to rebuild Hunstanton Pier gathers pace
At a meeting in September 2015, members of Hunstanton Civic Society discussed a proposal to buy the Hunstanton Pier Family Entertainment Centre, which was was put on the market in August for £4.25million. It was thought that £6 million could be needed to purchase and rebuild the pier.

January 2018 – Plans to build a new pier at Hunstanton
40 years since the loss of Hunstanton Pier, John Bridger’s vision was to see a new pier stretching out into the Wash. As chairman of the town’s Heritage Community Pier Trust, he announced hopes it could be in place within five to six years at a cost of between £6 million and £10 million. 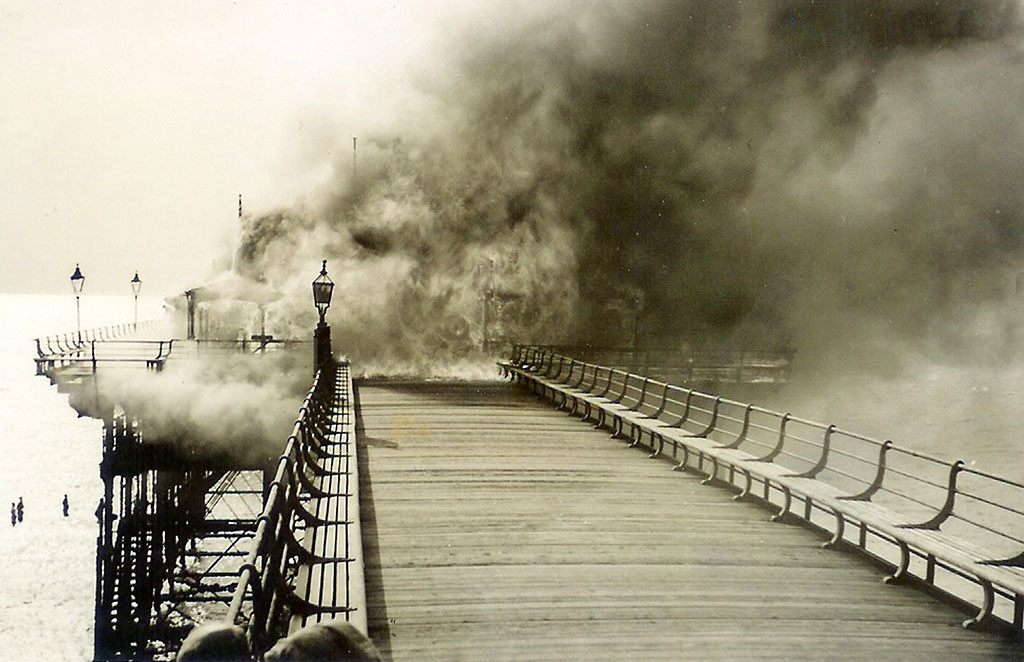