Suggestions to build a promenade and landing pier at Great Yarmouth, in addition to the jetty, were made as early as 1843. However, it was not until 31st October 1853 that the 700 foot long ‘Wellington’ pier (from the famous Duke who had died the previous year) opened to the design of P.Ashcroft. The cost was £6776.

The council bought the pier in 1900 and, under their ownership, the original wooden pier was reconstructed, and a pavilion built This opened on 13th July 1903. In addition, the council transported the Winter Gardens from Torquay and these became part of the pier complex, despite being land-based.

In 1986, the council’s Commercial Management and Estates committee recommended demolition of the loss-making pier on the grounds that a £1 million pound redevelopment could not be justified. This led to public protests and new ideas. The council decided to lease the pier’s operations. The entertainer Jim Davidson took over the lease between 1996 and 2002, but was unable to halt the pier’s deterioration and it was eventually taken over by the present owners, Family Amusements Ltd.

The pier eventually had to be closed for improvement and extensive restoration works. Work commenced in 2004, partly funded by the Heritage Lottery Fund, under the Townscape Heritage Initiative. This included the removal of asbestos cladding and then the refurbishment of the steel and timber substructure and decking.

February 2019 – What a winter warmer! Great Yarmouth seafront and piers recreated in knitted form!
An 89-year-old woman recreated Great Yarmouth’s Golden Mile during its 1970s’ heyday in wool. Margaret Seaman had spent “every minute of every day” in the past year knitting and crocheting town landmarks including the Wellington Pier and Winter Gardens.
Read More

April 2019 – A tribute to Peter Maddock: Great Yarmouth’s Wellington Pier General Manager 1957-1974
Peter Maddock made his career in the seaside world of smiles and sparkle, where entertainers helped folk forget everyday concerns for a while by having a laugh or tapping their feet to a well-known tune.
Read More 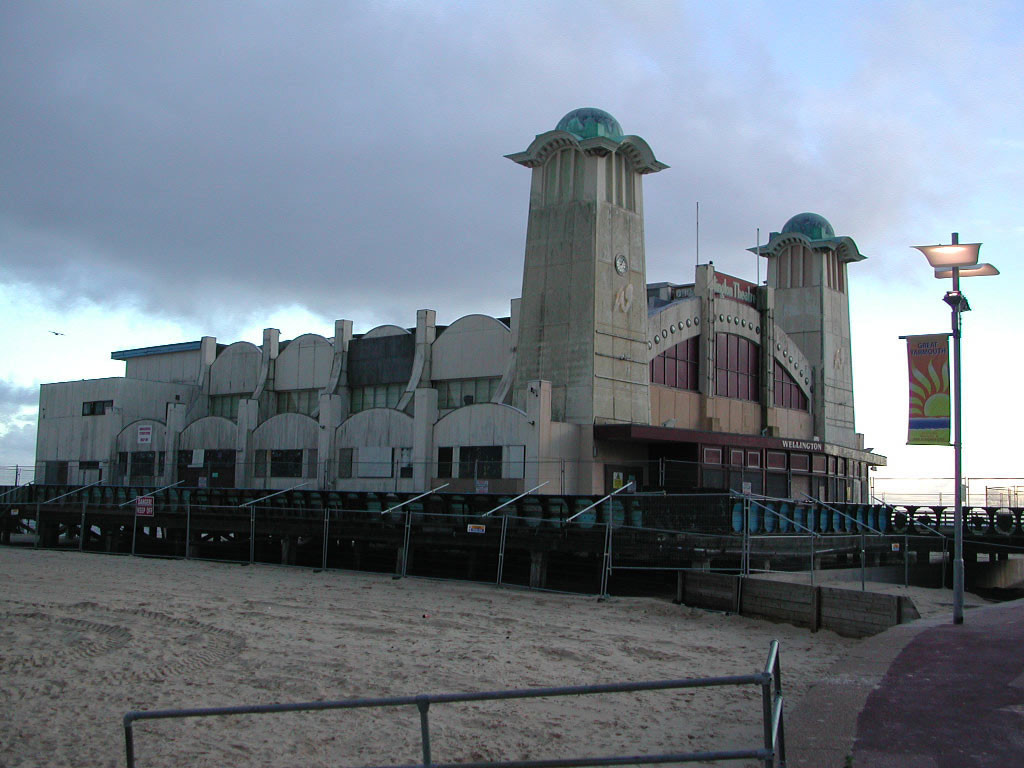 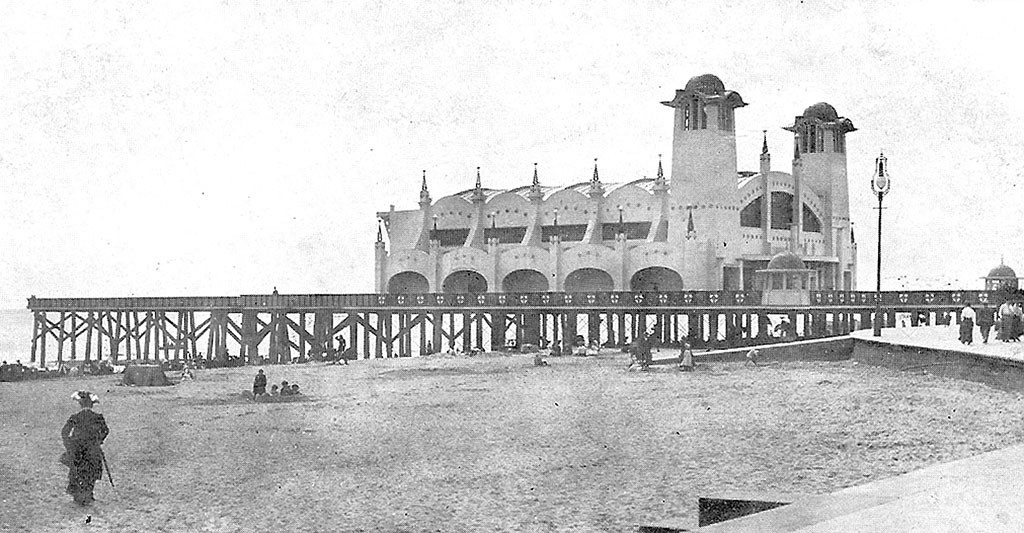 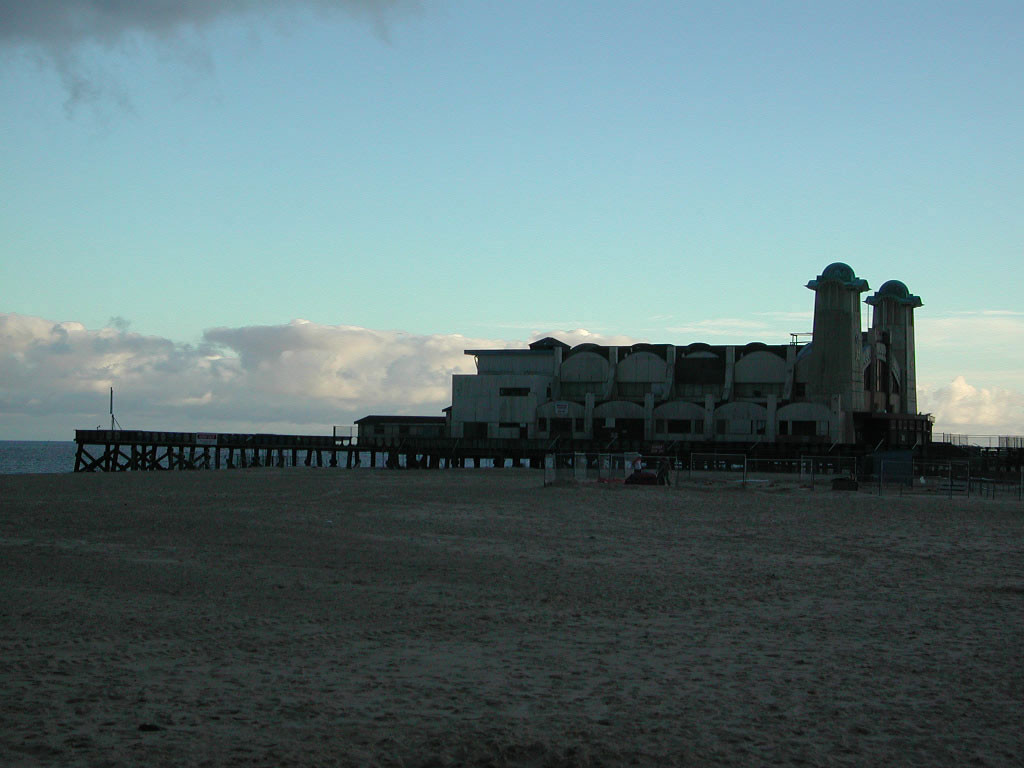