Gravesend Town Pier is the oldest remaining cast iron pier in the world. The pier was designed by William Tiernwey Clark, and constructed by William Wood of Gravesend, at a cost of £8,700. It occupies the same site as the original Town Quay mentioned in the Domesday Book. It opened on 29th July 1834 and between 1835 and 1842 was used by three and a quarter million passengers, but by the mid-19th Century, following the opening of the South Eastern Railway’s North Kent Line, the pier’s importance as a hub for steam packet services to London was beginning to decline. However, the pier remained in use for leisure cruises.

In 1854, the opening of the London, Tilbury & Southend Railway, upon the northern bank of the Thames, in competition with SER, brought new traffic to Gravesend Town Pier and the ferry service thrived once again.

Ownership of the Town Pier passed to LTSR in 1885, and later transferred to LT&SR’s successor, the Midland Railway (MR), in 1912.

A new landing stage and terminus station serving the ferry opened in May 1930. The station finally closed in 1992 but the ferry services continued thanks to local subsidies.

In June 2000, Gravesham Council purchased the then dilapidated Town Pier from private hands and embarked upon a restoration scheme, partly funded by Kent County Council, English Heritage, English Partnerships, the Heritage Lottery Fund, and The Manifold Trust. This work was completed in 2002.

However, the council had further plans for the pier which included a restaurant/bar and the eventual reinstatement of its original function of allowing the arrival to and departure from Gravesend by ferry.

Although the restaurant business has had a number of difficulties, the economic use of the pier in the form of a uniquely located restaurant and bar has been firmly established and the council is now focusing on achieving a pontoon accessed via Town Pier for ferry use.

The pier was closed to the public in the spring of 2009 when the restaurant tenants, Q Breweries, went into administration. However, new tenants, Culinary Solutions UK Ltd, agreed a new lease with the council in September 2009 ready for re-opening of the end of the pier Riva restaurant and bar in November.

Plans were also put in hand for the construction of a steel pontoon accessed via the pier and accomodating a range of vessels from visiting yachts to the Waverley paddle steamer. The pontoon was due be completed by the end of 2011 with funding from Gravesham Borough Council, Kent County Council, South East England Development Agency and the European Union’s Interreg North Sea Programme. Mooring bollards were also planned to be installed at St Andrew’s Gardens where vessels such as Thames Barges will be able to tie up, providing increased activity on the river and interest for the town’s residents and visitors. The 45metre pontoon was finally installed in mid-March 2012

The first cross-river ferry services were due to open in mid September with PS Waverley making its first call at the pier later in the month. However, the Tilbury ferry imposed an initial boycott over what was claimed as inadequate lighting.
The official opening took place in October 2012 with water cannon being fired off in celebration of 180 years since the pier was first constructed.

October 2016 – Gravesend Pier on time at long last!
In October 2016, almost three years after breaking down and telling the wrong time, the clock on Gravesend’s historic town pier was finally repaired. The clock had previously been repaired in 2003 but broke down again in 2014.

June 2017 – Gravesend Pier temporary closure
In June 2017, as a result of damage caused to the pier’s access bridge, Gravesend Town Pier had to be closed to the public until repairs had taken place. The pier was re-opened later in the month.

October 2019 – Gravesend Pier bar and restaurant repossessed by Council
The repossession order was sought as a last resort following a lengthy but unsuccessful legal process aimed at recovering a substantial amount of money owed to the council by the tenants, Culinary Solutions UK Ltd. Access to the Gravesend to Tilbury Ferry pontoon was open as usual.
Read More

July 2021 – An Uber with a difference from Gravesend Pier!
From July, Kent day trippers could enjoy a new way to get to the capital with a summer Uber Boat service. London’s leading river bus provider, Uber Boat by Thames Clippers, would be running a special Saturday service in August. The trip would depart from Town Pier in Gravesend, call at North Greenwich Pier before terminating at London Bridge City Pier.
Read More

January 2022 – Council to sell Gravesend Pier
In January 2022, the sale of Gravesend’s Town Pier and Pontoon to Thames Clippers was approved in the hopes of improving river transport and the economy in the borough. The terms of selling the land included the continued use of the pontoon by the Gravesend to Tilbury ferry service and public access to the pier.
Read More

Gravesend Pier to get regular clipper service to central London
The Uber-owned company Thames Clipper will make use of the oldest remaining cast-iron pier in the world in Gravesend Town to run regular services into the capital. This new river route has been in the works since 2017, with Thames Clippers running occasional services between the city and Gravesend. But now it’s set to become a regular service, similar to those operating between Putney and Woolwich.
Read More 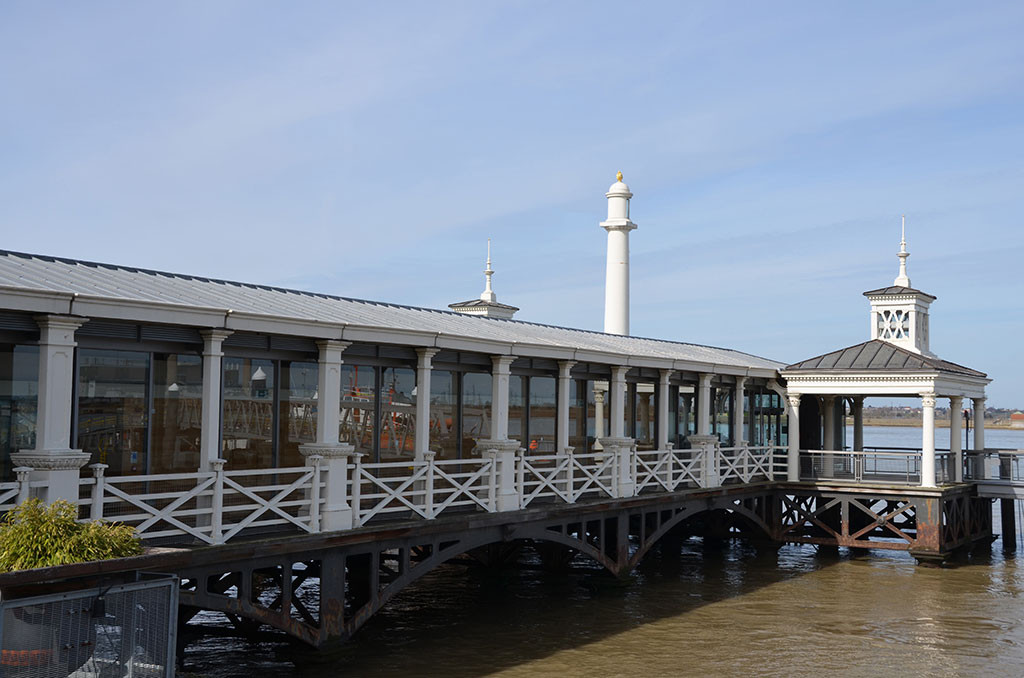 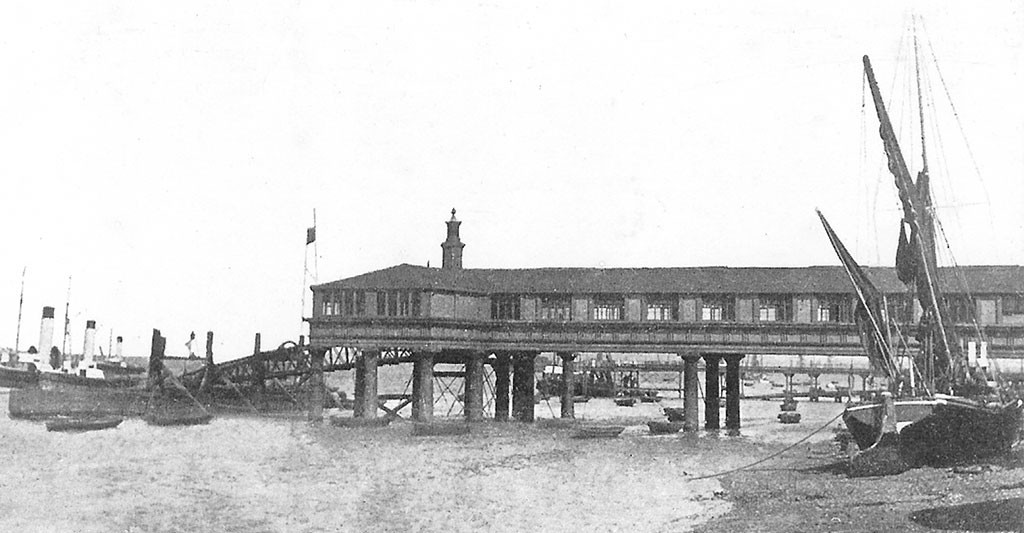 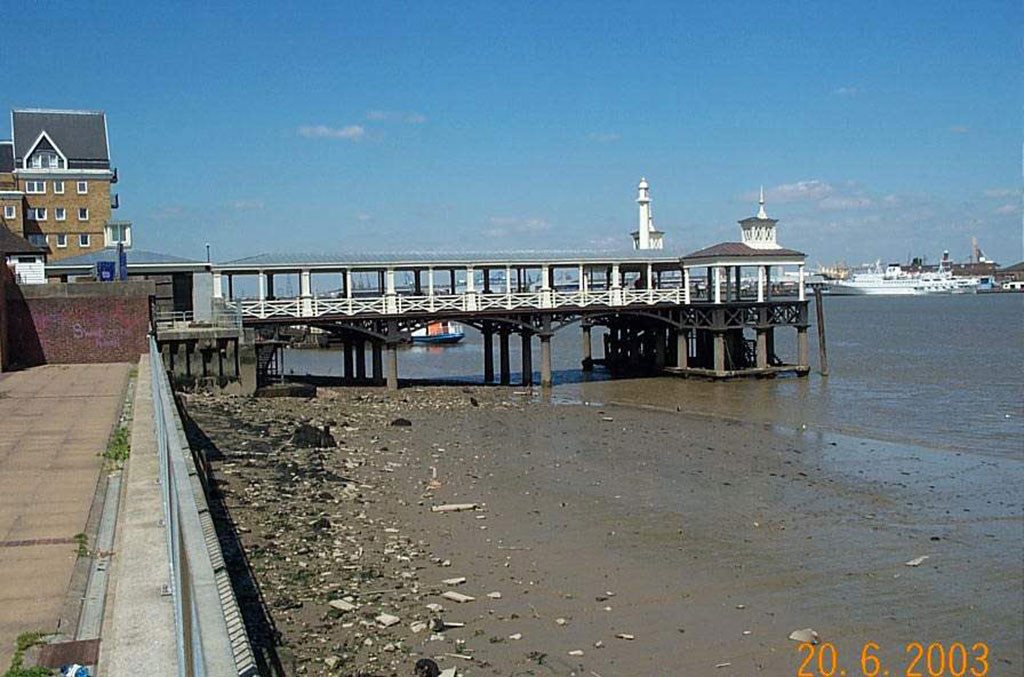 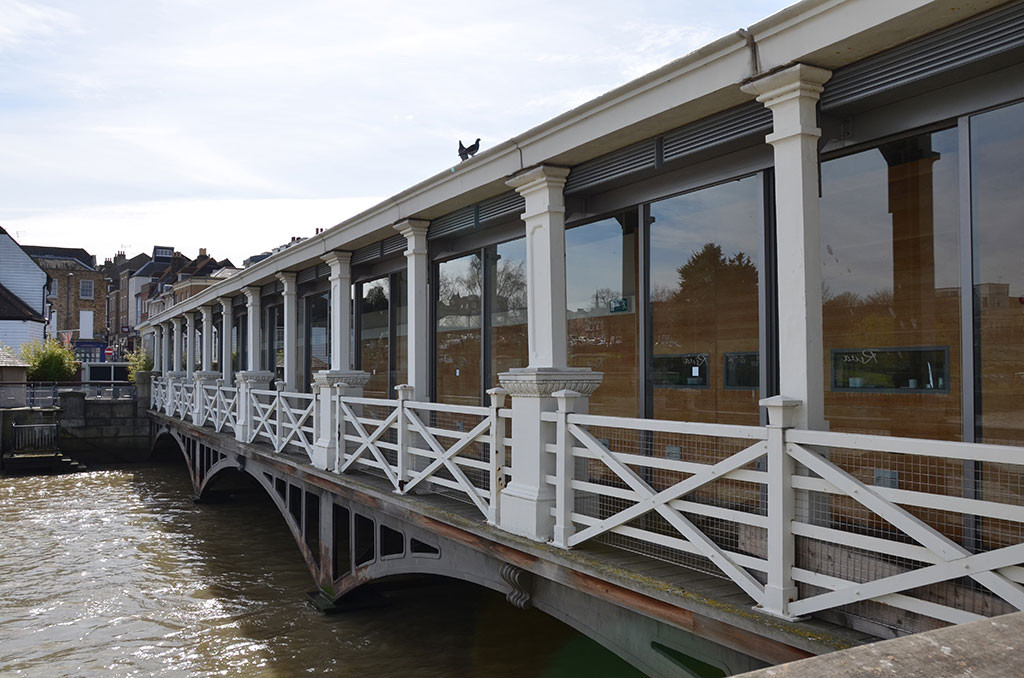 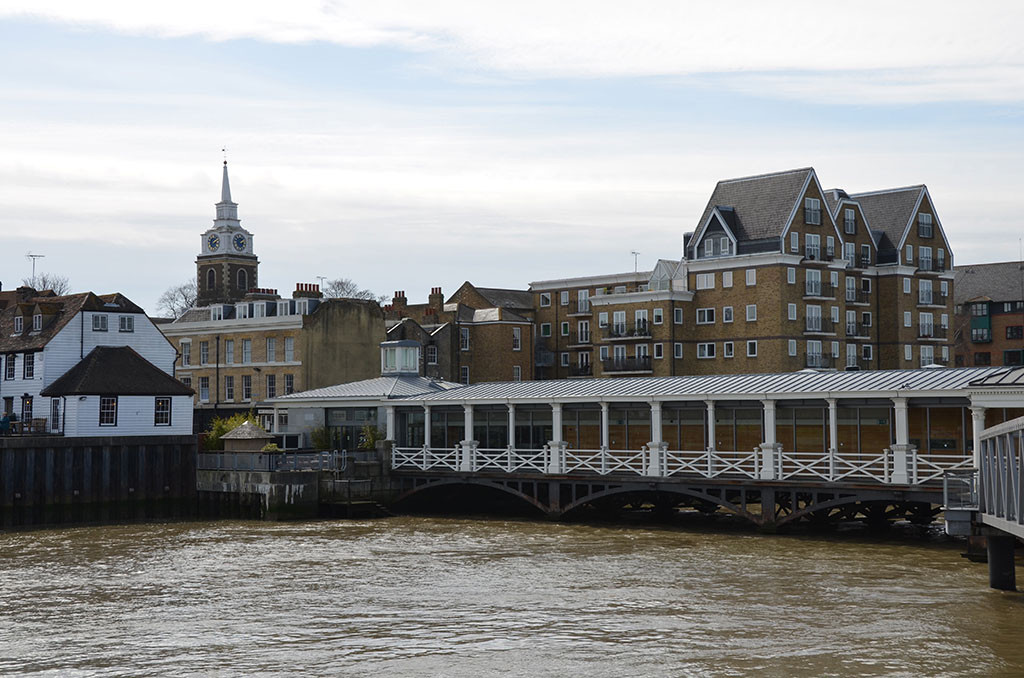