Local estate agent G.B. Trent formed the Folkestone Pier & Lift Co. in the early 1880s, originally proposing an 800 foot pier. The foundation stone was laid on 7th May 1887 and the Victoria Pier (in honour of the 1887 Golden Jubilee), opened on 21st July 1888 to the design of M.N. Ridley. The finished length was 683 feet and included a 700-seat pavilion. The first floating landing stage was added in 1890 but was rarely used.

The pier was popular but not profitable until 1898. In 1903, Keith Prowse & Co. Ltd. took over the lease on the pavilion and introduced variety performers including Lily Langtry and Dan Leno. In 1907, the lease on the pier transferred to local businessman Robert and Lloyd Forsyth who abandoned expensive entertainers in favour of more profitable attractions such as wrestling, a cinema, and beauty contests.

In 1910, the ‘Olympia’ roller-skating rink was added on the shore to the west of the pier. The pier was sectioned in 1940 for defence purposes. A temporary bridge was installed in 1943, but a fire on Whit Sunday wrecked the pavilion and badly damaged the seaward end of the pier. The remains were demolished in 1954. 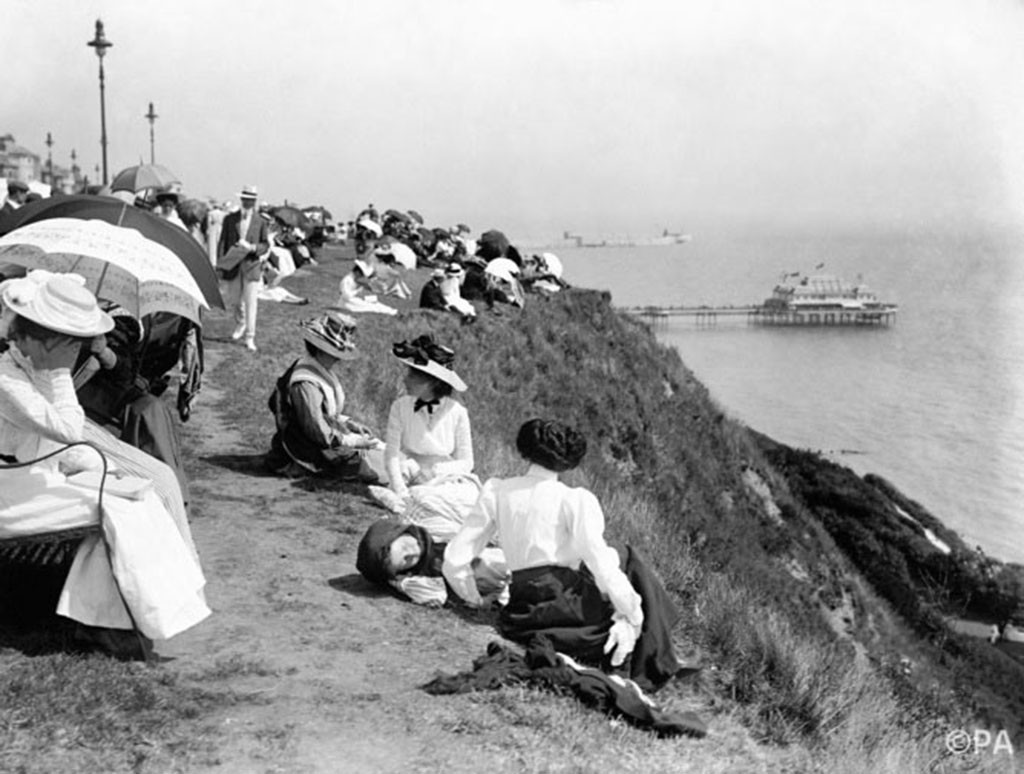 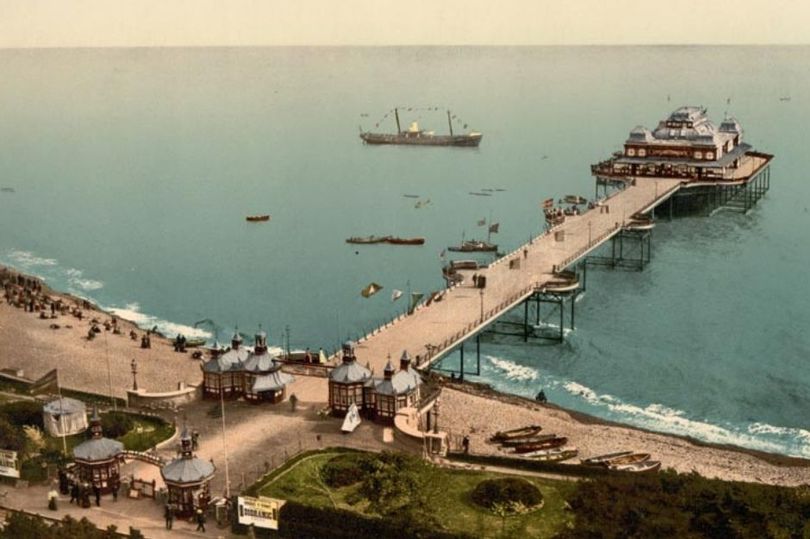 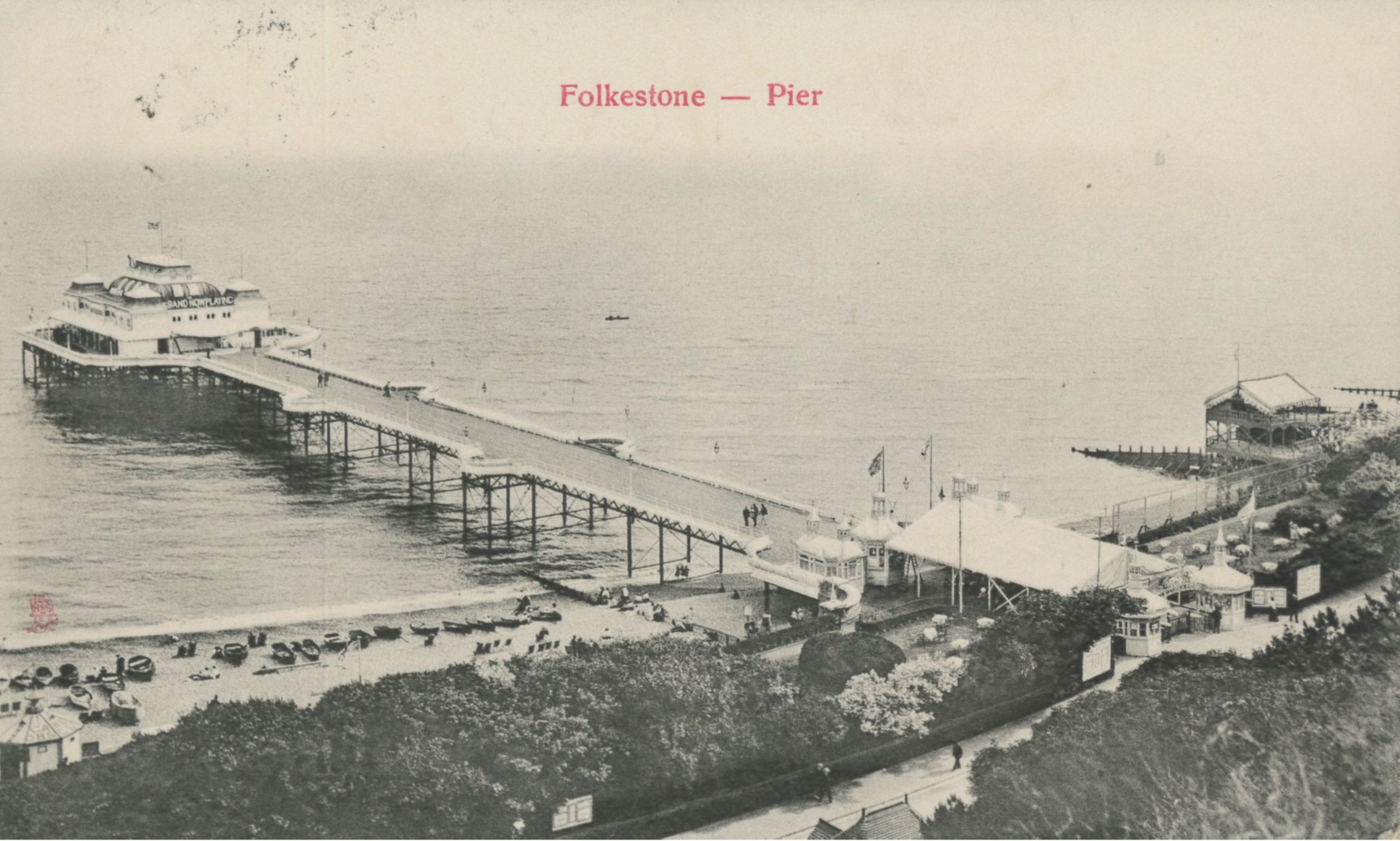 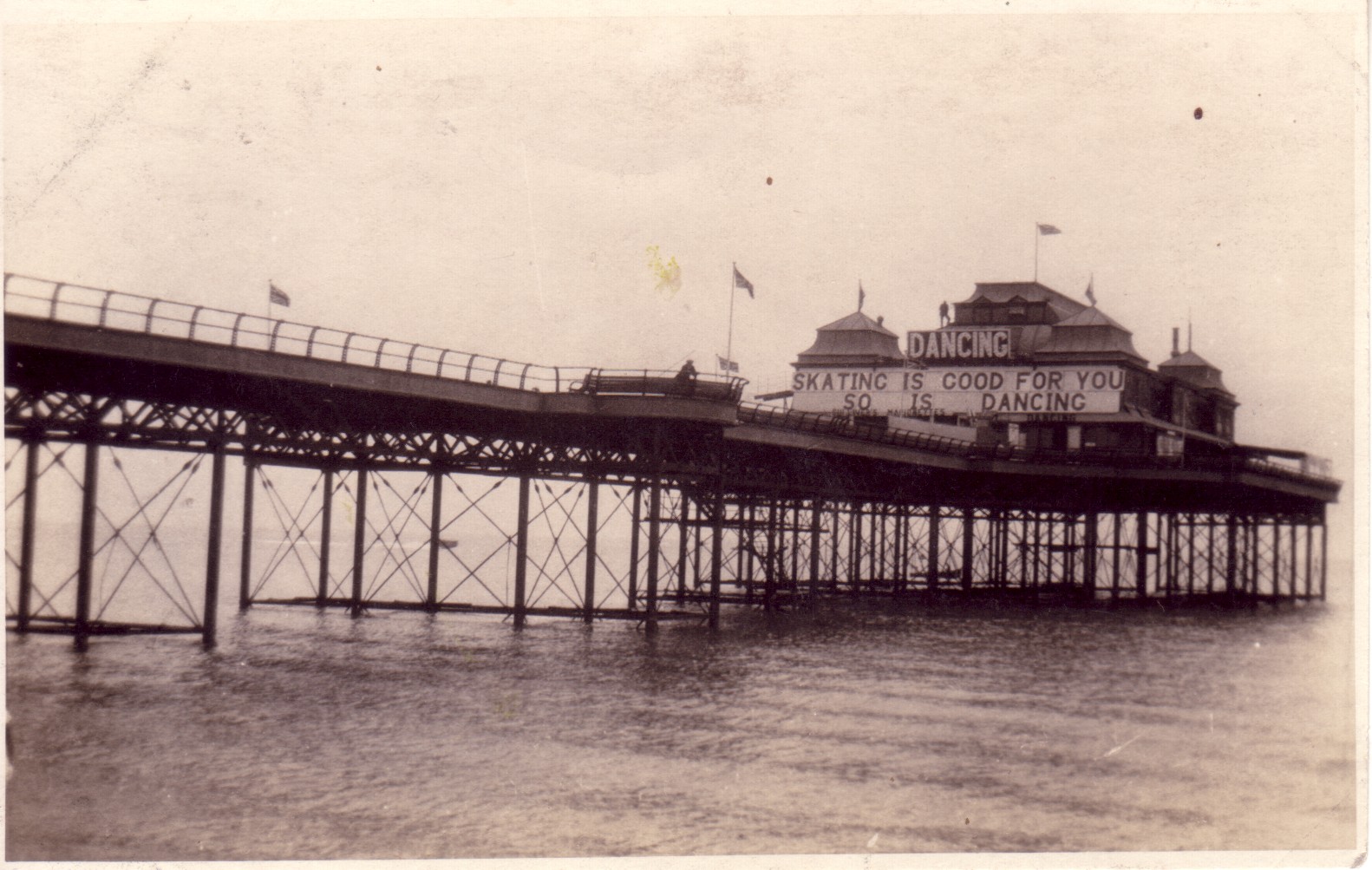