The pier was built for the Coast Development Company Ltd., which was formed in 1898 by a merger between Belle Steamers Ltd. and other local concerns. Promoted in 1903, the pier opened in August 1905 to a length of half a mile. It incorporated a 3 foot 6 inch gauge electric tramway.

The tramway service was suspended at the outbreak of World War II and never resumed. The pier was sectioned for defence reasons and its seaward end was demolished after the war.

In 1996, plans for a £2.5 million rebuilding scheme to save the pier from collapse were released, with at least £700,000 required for immediate repairs. Attractions at the shoreward end would be extended to include a ten-pin bowling alley, cafe, shops and a bar. A roller-skating rink would be built above the arcade. There would also be kiosks along the pier’s length and a new landing stage. Nothing came of this however, and in 1999 a charitable trust was formed to try and save the pier. This also eventually was wound up and ownership reverted to Pier Amusements Ltd. who applied for a demolition order in 2004.

The proximity of the Port of Felixstowe shipping lanes accounts for navigation lights at the head.

The shoreward end still offers a range of amusements and food outlets, but the main body of the pier itself was closed to the public some years ago.

In December 2011, a hole suddenly opened in the floor of an unused part of the building after one of the pillars supporting it on the shingle shifted slightly. Things did not look very promising for Felixstowe. Pier.

Then in June 2012, plans to demolish the existing pier and replace it with a new modern design were announced. The pier’s owners, Pier Amusements Ltd, said they intended to focus on the part of the landmark attached to the prom and build a futuristic new attraction. In September 2012, the plans, which included a multimillion-pound entertainment and conference venue with restaurants and retail units, were recommended for approval by officers at Suffolk Coastal District Council, and the following month the Council gave the go ahead for the project. It was hoped that the new structure would be opened for Easter 2014.

September 2014 – Pier project delayed as it suffers costs setback
Unfortunately, the plans for a new pier were still on hold in September 2014. Pier Amusements Felixstowe Ltd announced that difficulties in obtaining competitive pricing for the complete project, in particular the marine works, was causing delays and they were now looking at a phased scheme.

August 2015 – Plans for a new pier at Felixstowe are back on the agenda
In August 2015, it was reported that a phased, and scaled down project for a new pier would start in autumn 2016. The work was anticipated to take 36 weeks with a projected opening date of June 2017.

September 2016 – Final hurdles overcome for new Felixstowe pier
In September 2016, it was announced that the £3 million scaled-down project to create a new pier at Felixstowe which had taken a huge amount of planning over the previous few years, was finally due to commence during the month. Town clerk Ash Tadjrishi reported “Suffolk Coastal District Council has confirmed that everything is in place from their end while the pier owners have just had to sort out one or two final matters.”

October 2016 – Felixstowe Pier revamp finally gets under way
The following month, public access was closed off around Felixstowe Pier to allow machinery to move on site to start demolishing the current structure as work finally got underway on the long-awaited multi-million pound refurbishment project.

January 2017 – Pictures of latest work at new Felixstowe Pier
In January 2017, the East Anglian Times published a series of photos showing the demolition and rebuilding of Felixstowe Pier. The bridging of the gap between the pier and the promenade was due to start in the month and work continued on the multi-million pound new entertainment centre.

June 2017 – Felixstowe Pier building well on course for summer opening
A further pictorial update on the progress of Felixstowe Pier was published in June 2017 by the Ipswich Star showing the new pavilion taking shape.

July 2017 – New Felixstowe pier building set to open on July 29
In July, it was announced that progress on the pier project had gone so well in recent weeks that the pier would be opned sooner than anticipated. A spokesman for the project said: “We are thrilled to announce that we will be opening our doors on July 29 ahead of our scheduled August opening.”

October 2017 – Felixstowe Pier officially reopens!
In October 2017, Felixtowe pier reopened after a £3m regeneration which it was said had created a landmark for the town. 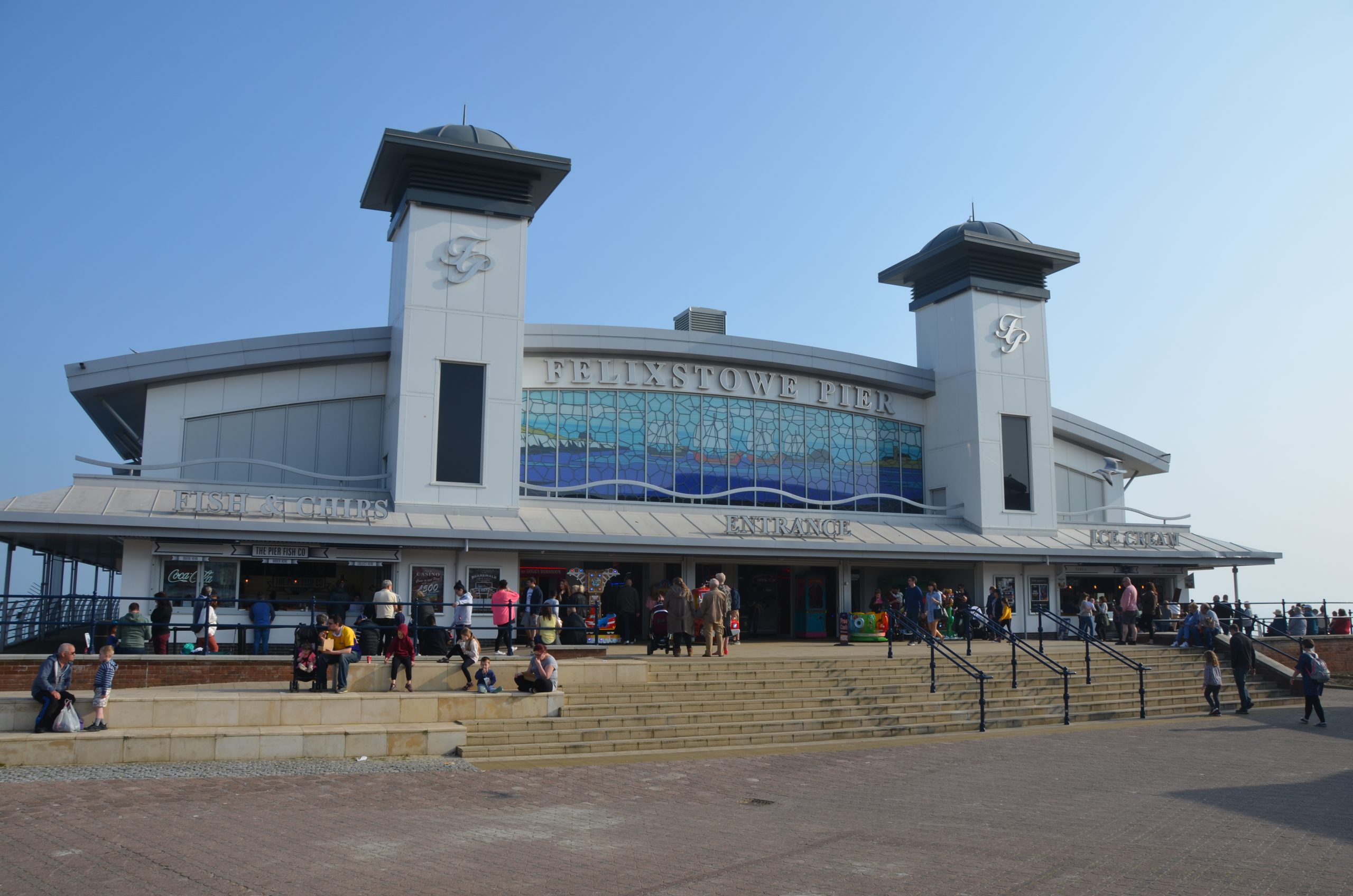 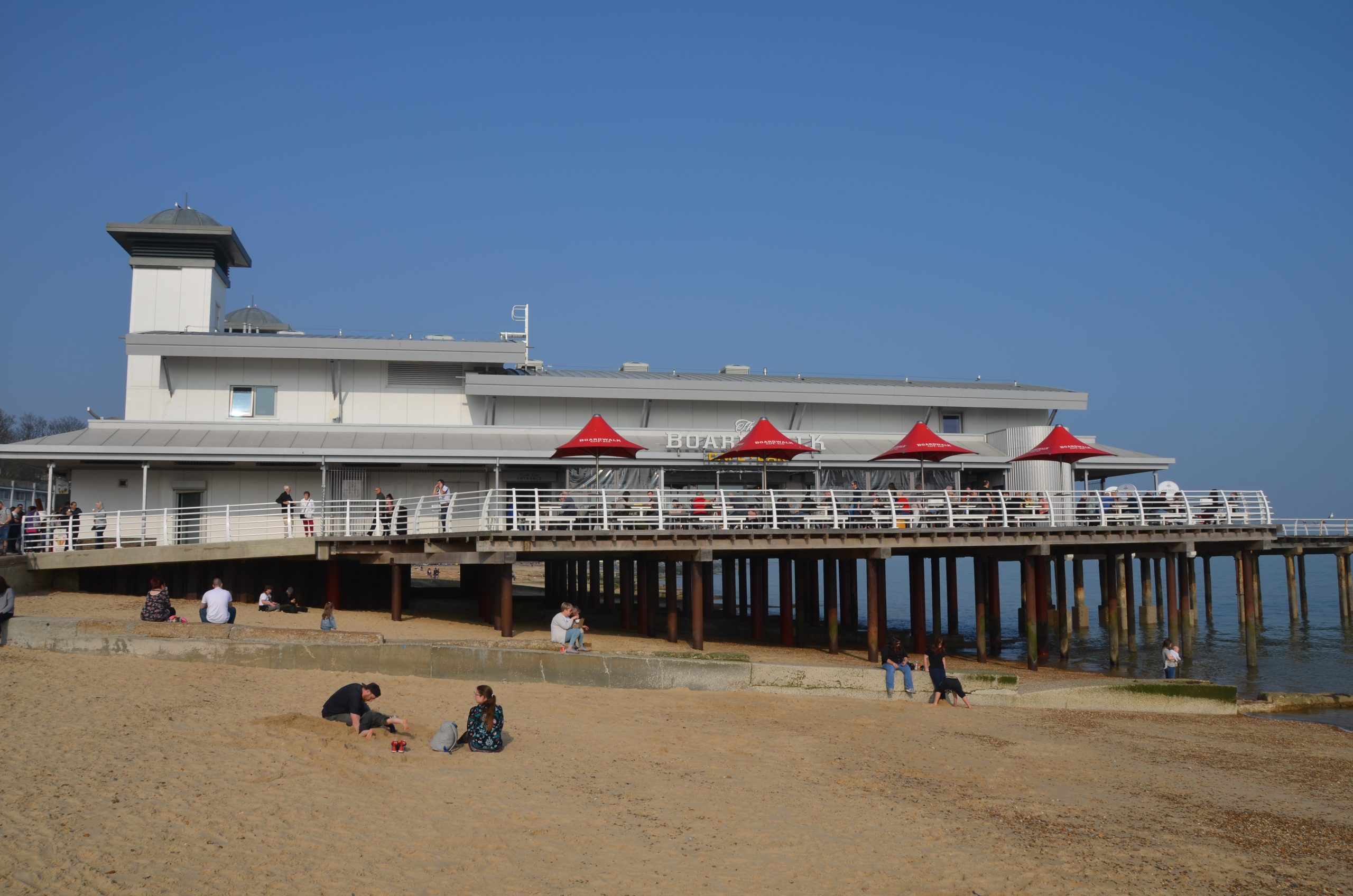 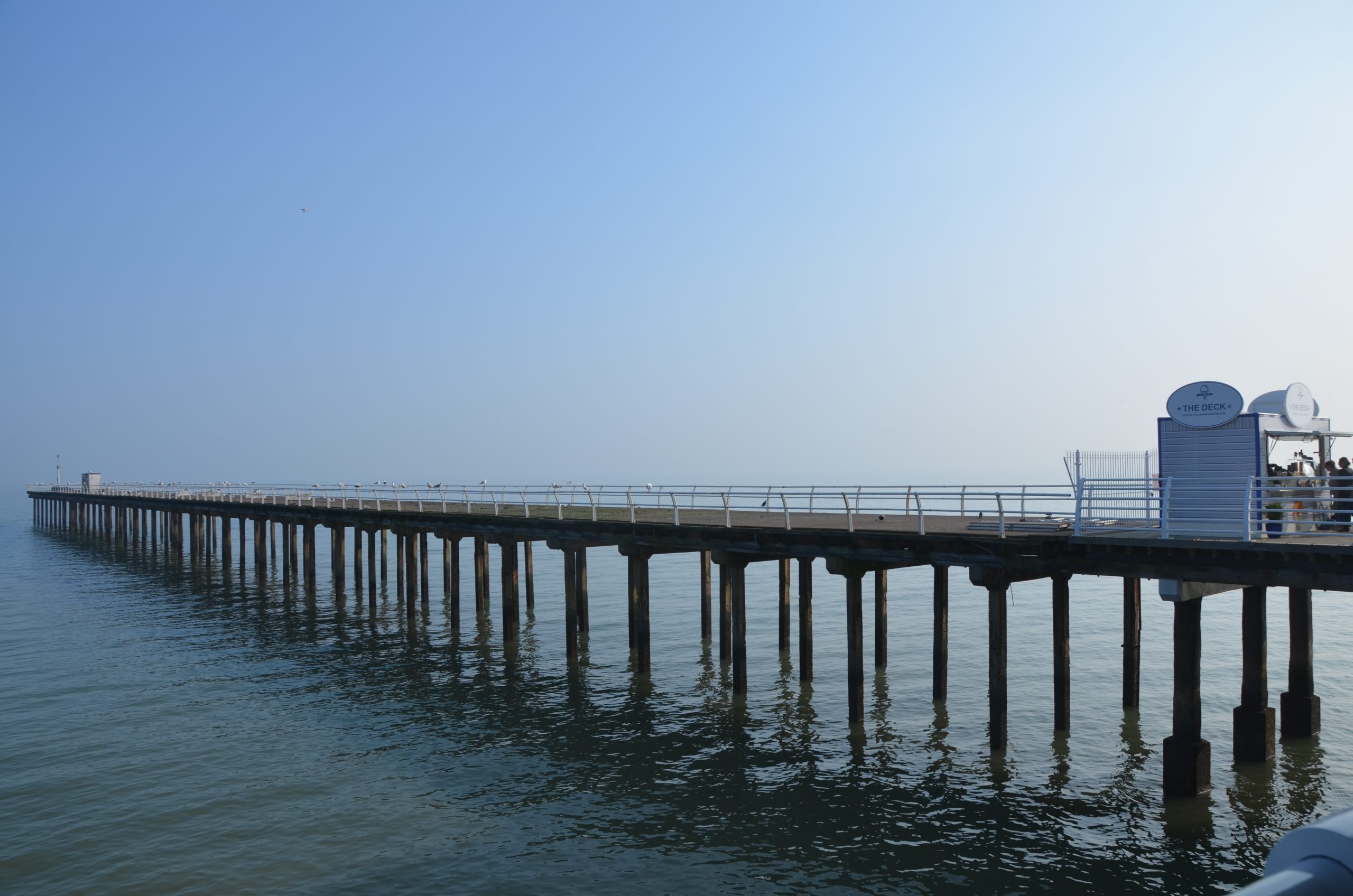