Dunoon is a highlands resort town on the Cowal Peninsula looking out across Holy Loch from the Firth of Clyde in the Argyll and Bute Council Area.
The first Dunoon Pier appeared in 1835. The pier was enlarged and a new waiting room constructed in 1867 to cater for the growth of paddle-steamer traffic and this was further improved with a larger 400 foot jetty in 1881. The pier was again rebuilt in 1895 resulting in the two-berth structure broadly as it exists today, with the exception of the modern roll-on/roll-off facilities for vehicles which was added in 2004/5.
The pier entrance building is very striking with red-tiled roofs and strongly detailed timber in chocolate, cream and yellow. A promenade balcony erected in 1937 has not been renewed, though the much-altered entrance buildings from the Pier Esplanade do remain.
Overlooking the pier, is a large statue to Robert Burns’ love Highland Mary, also known as Bonny Mary O’ Argyll, which is located on Castle Hill, just below the remains of the 12th century Dunoon Castle.
Fleets of paddle steamers brought holidaymakers from Glasgow to Dunoon and many other piers right up to the late 1960s and the pier is still visited by the last sea-going paddle steamer in the world, P.S.Waverley. A regular car and passenger ferry service to Gourock Pier across the loch still operates, run by Caledonian MacBrayne.

Starting in Spring 2004, a project to build a new breakwater just south of the main pier was commenced. Completed a year later, this included the installation of a new linkspan alongside the breakwater to enable the operation of roll-on roll-off vehicle ferries in addition to the existing side loading vessels. It also provided a measure of protection to the existing pier. The Principal Civil Engineering Contractor was Edmund Nuttall; they constructed the breakwater. MacGregor (SWE) were appointed to design and build the linkspan. However, a tendering competition to serve the new linkspan between Caledonian MacBrayne and the other local ferry operator Western Ferries failed when both parties withdrew from the tendering process. At the time of writing, the new linkspan remains unused and the breakwater itself is used only by local fishermen and the occasional berthing of the Waverley.
In June 2009, the Waverley was actually grounded and had to be taken out of service after it struck Dunoon Pier in what was described by the Waverley website as ‘landing heavily’. Both the steamer and the pier were damaged and several passengers suffered minor injuries.

By early 2010, the condition of the pier buildings had deteriorated badly and there was a general assumption that they would be demolished. Indeed, at a public meeting early in 2008 to discuss the options for Dunoon’s regeneration under the CHORD project,none of the options included retention of the pier, the proposals for Dunoon having included reclamation of land on the waterfront and the creation of an ‘iconic building’, perhaps a hotel or conference centre.

However, in May 2010, local resident and Argyll and Bute councillor, Ron Simon, raised the proposal that Dunoon Pier had the potential to become a major attraction for the town, rather than an expensive liability. It soon became clear that the majority view in the local community was that the iconic pier should be restored to become such a major attraction for locals and visitors to the town.

As of the end of June 2011 the Gourock – Dunoon vehicle and passenger ferry service no longer used the Victorian pier and it therefore had no specific transport function. However, a strategy document drafted in November 2011 reported that it had become clear from focus group and public consultation feedback that the historical significance of the pier and the potential benefits it could provide for Dunoon waterfont had generated a strong desire for it to be retained and restored.

Argyll and Bute Council thus became committed to the restoration of the pier and a series of detailed surveys were undertaken.

June 2014 – Dunoon Pier Update
Finally in June 2014, the council agreed to invest over £2million to secure the pier substructure and refurbish the main waiting room and the harbour master’s building. A phased approach would be taken, with the securing of the substructure as part of the Phase 1A work, before moving on to the decking and buildings as part of Phase 1B.

April 2015 – Contractors appointed for Pier project
In April 2015, the Glasgow-based civil engineering company George Leslie Ltd was awarded the £1.7m contract for Phase 1A, the repairs to the substructure.

June 2015 – Dunoon Pier refurb in full swing
By June 2015, the first phase of the restoration was in full swing, involving the use of a new encapsulation method to repair and protect 27 of the pier’s timber piles, replacement of 46 of them, lifting and repairing decking along the pedestrian access to the pier, and redecorating existing handrails with new matching ones being installed along the pierhead. The contract for the next phase of refurbishment, 1B, which would involve just over £500,000 being spent on the former waiting room and harbourmaster’s office, had been awarded to W H Kirkwood Ltd of Greenock,

July 2015 – Refurbishment going well
In July 2015 the council confirmed that the second phase (1B) of refurbishment, was also going well. Costing just over £500,000, this work involved the refurbishment of the waiting room building to provide two separate but connected multi-functional spaces in what were the 1st and 3rd class waiting rooms. The internal and external rot surveys had been completed at the end of June, giving a complete picture of the condition of the buildings.The heating, lighting and ventilation systems would be upgraded to modern standards, with repairs to the existing flooring including a new vinyl covering. Rotten window frames would be repaired, new toilets installed in what was the central foyer as well as new access ramps. The harbourmaster’s office would be redecorated throughout, with new signage and gates being installed at the public access point to the pier.

February 2016 – New gates for Dunoon Pier
Work progressed steadily through 2015 and in February 2016 new gates were installed on the newly-refurbished structure featuring silhouettes crafted in steel of PS Waverley and MV Glen Sannox, both vessels having been closely associated with the Victorian pier.

March 2016 – Phase 1 Restoration Complete
Following the completion of the first phase of the pier restoration, local councillors, the media, and the contractors involved gathered at the pier on the morning of 4th March to be given a guided tour of the refurbished pier buildings. A public event was planned for April. 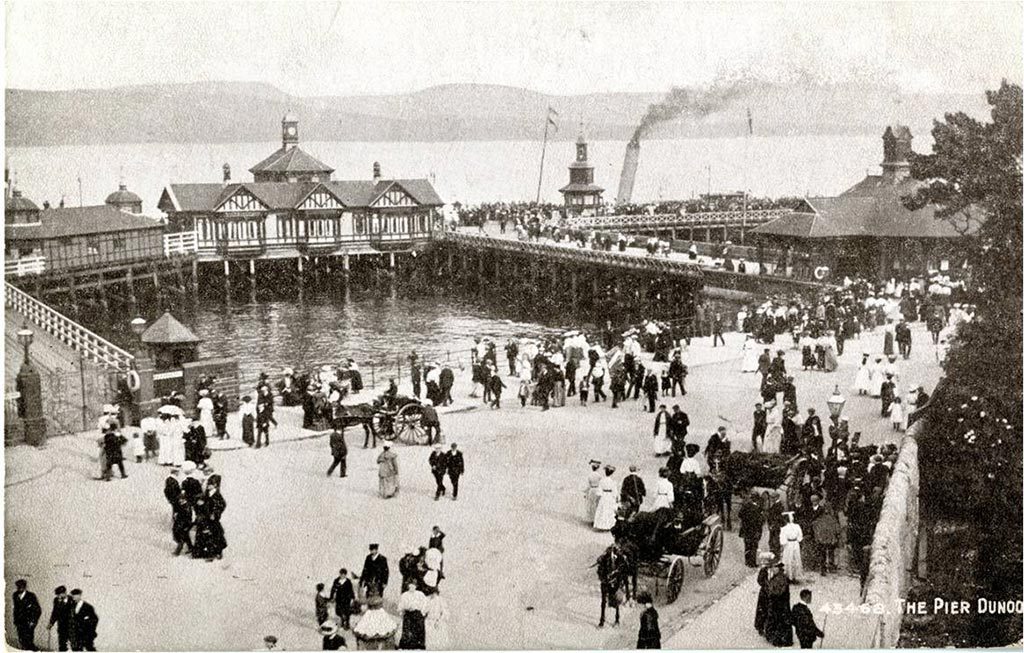 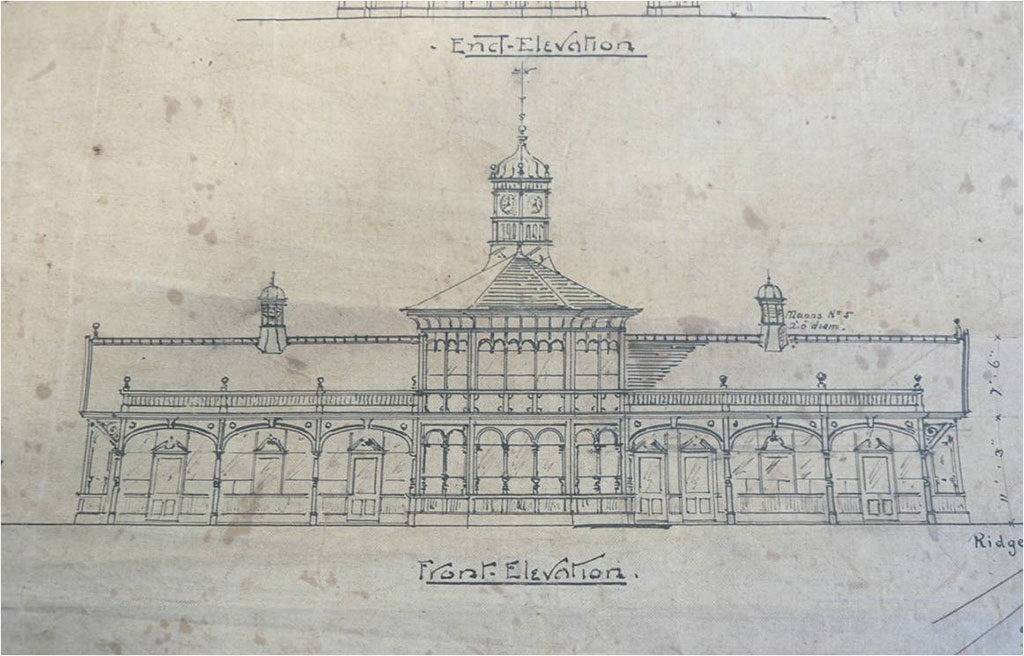