The town council vetoed plans for a pier in February 1881. A company was finally formed in 1888 and work on the 900 foot structure began in 1892. J.J. Webster was the engineer and Alfred Thorne the contractor. The pier opened on 22nd May 1893, costing £24,000, a figure that probably included the cost of the later pavilion (designed by J.W. Adcock and added in 1899) which was used for concerts and dances.

The ‘Christine’ collided with the pier in November 1893, and 100 feet was destroyed by a storm in 1894. It re-opened on 4th August 1895 after repairs. In 1913, the Admiralty bought the entire structure for landing purposes.

Its was leased back as a pleasure pier after World War One, and steamer trips to Hastings began again. However, extensive rebuilding became necessary and, by 1925, the pier was dilapidated. With repair costs unjustifiable, the pier was closed. It was demolished in 1927.

Dover Promenade Pier was very similar in design to Bangor Garth Pier in North Wales which still survives and is in excellent condition. 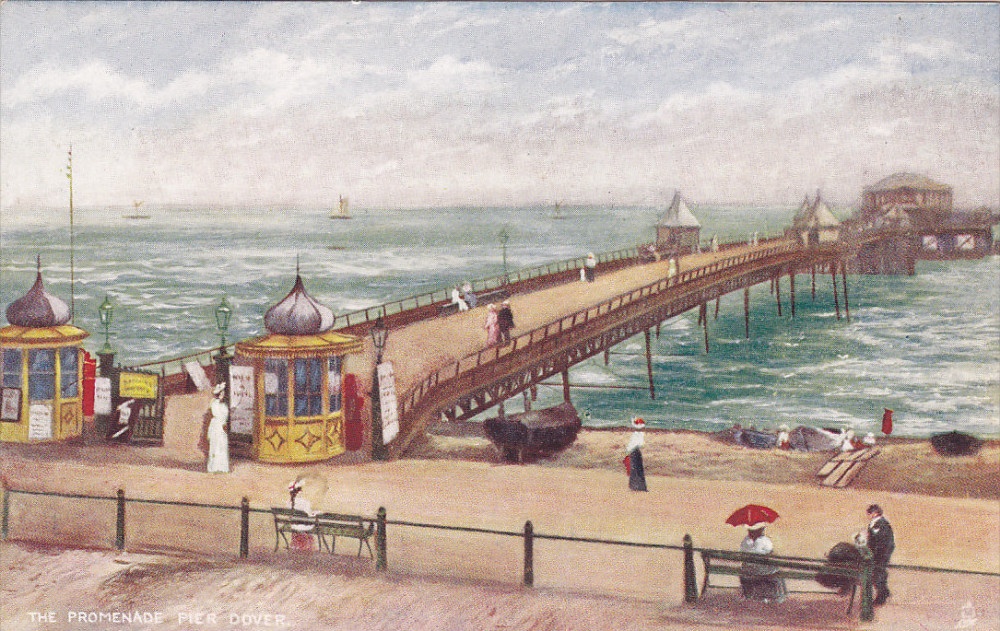 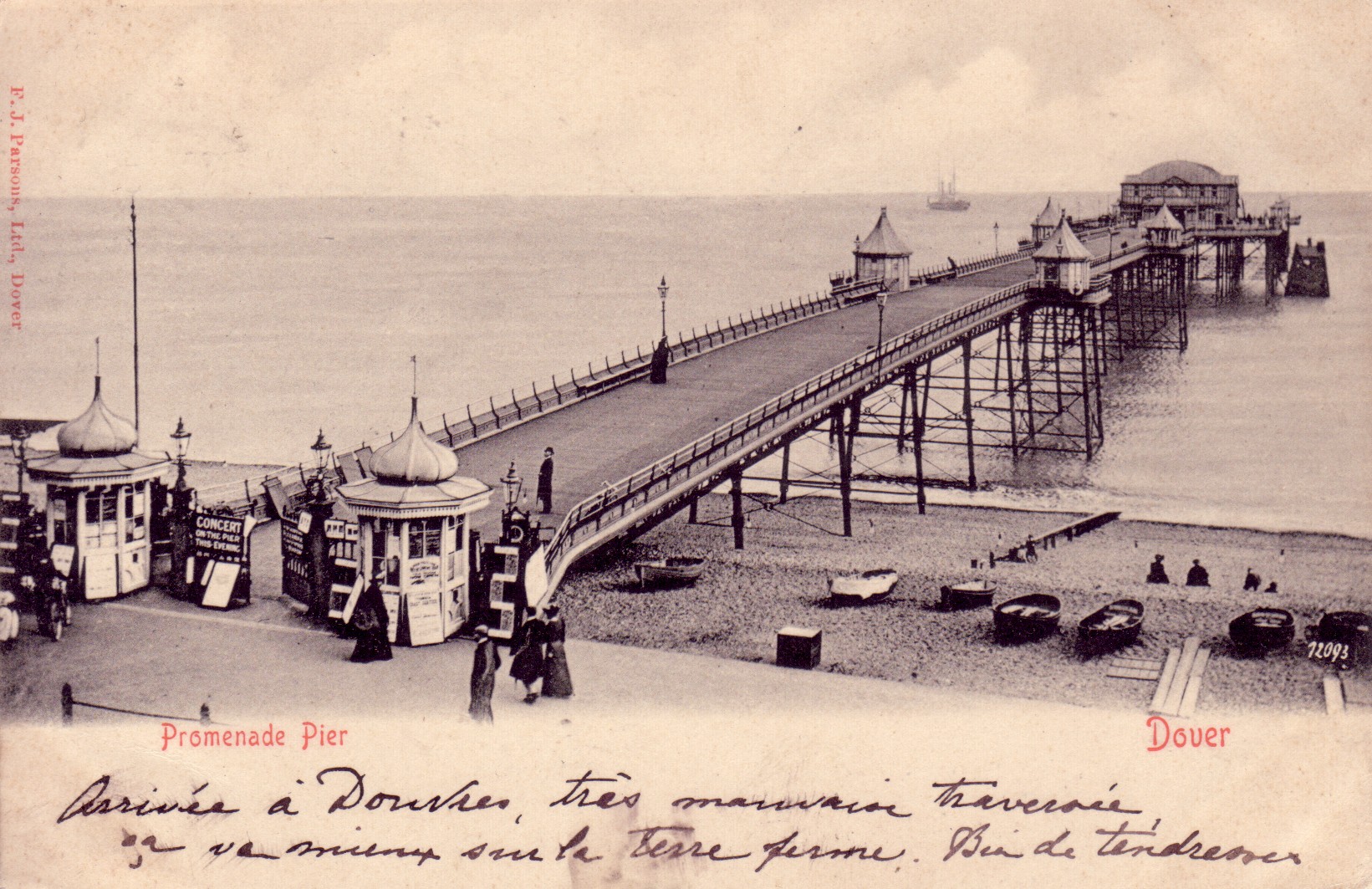