The current pier is the third to be built at Deal.

The first pier at Deal was built in 1838 to the design of J.Rennie. Planned at 445 feet, just 250 feet was completed due to financial problems. Steamers did call, but the pier decayed due to storm damage and sandworm attack. It was washed away in 1857 and its remains were sold for £50.

On January 29th 1940, the Dutch vessel ‘Nora’, having been beached following damage by a mine, drifted against the pier, destroying 200 feet of ironwork. (See British Pathe Newsreel). Winston Churchill gave the army permission to demolish the pier to allow coastal guns a clear line of sight, leaving only the tollhouses remaining. These were removed in 1954, the year work on the present pier commenced.

Built from reinforced concrete, the 1026 feet structure was opened on November 19th 1957 by the Duke of Edinburgh. It had been designed by Sir W.Halcrow and Partners and had cost £250,000.

In 1998 a 300cm high bronze statue, ‘Embracing the Sea’, by sculptor John Buck was commissioned for the entrance to the pier.

In November 2008, a new cafe designed by renowned architects Niall Mclaughlin and built by Barwick Construction, was opened. The cafe’s award winning design features timber frames, edge walls made of glass and a range of environmentally-friendly features, and was hailed by RIBA judges as “A beautiful addition to the town and seascape. It provides perfectly the experience a pier building should, that of being part of, as well as framing, views of the sea.”

Owned by Dover District Council the pier has international recognition as an angling venue and was named Pier of the Year 2008 by the National Piers Society, beating 23 other nominated piers in the twelfth annual poll of the Society’s 600 members.

In December 2009, very strong winds combined with a high tide caused waves to crash through the lower deck, knocking out 127 timber boards and damaging some railings. The lower deck had to be closed. The go-ahead was finally given for repairs to the lower deck in February 2011.

In March 2013, the pier suffered its worst damage for “at least 15 years” in extreme weather conditions, with the lower deck losing more than 100 boards and a section of railings being torn off. Damage over a wider area caused angry residents to question the adequacy of the district’s coastal defences.

In November 2017, it was reported that a £500,000 investment in Deal Pier would be made as it celebrated its 60th anniversary! Works were set to include resurfacing the pier, replacing all the timber seating along the pier, and concrete repairs to the pier structure.

December 2017 – Deal Pier cafe owner quits over reduced opening hours
The owner of the cafe on Deal Pier said in December 2017 that a disagreement over opening hours had forced him to leave the cafe at the beginning of January. He claimed that he was in the process of taking Dover District Council to court over a reduction in opening hours, but had now decided to pull out of his 15-year lease almost six years early to avoid it.

February 2018 – A seated debate at Deal Pier!
In February 2018, samples of new seating for Deal Pier were installed as Dover District Council carried out tests of two designs as part of its £500,000 revamp.

March 2018 – Iconic Deal Pier cafe for let!
In March 2018, Dover District Council put the cafe at the end of Deal Pier up to let. The council appointed Fleurets, a leisure property specialist, to market potential opportunities for the new long-term lease of the café.

June 2018 – Temporary closure of Deal Pier
Deal Pier had to close temporarily on 25th June 2018 Deal for major gas supply works to be carried out in association with the extensive programme of works to refurbish the pier.

September 2018 – Deal Pier cafe to reopen under new ownership
In September it was announced that the cafe at the end of Deal Pier in Kent was set to reopen as Deal Pier Kitchen after it completed an extensive refurbishment programme.
Read More

January 2019 – Newly-opened Deal Pier Kitchen cafe receives rave reviews!
It was absolutely heaving at Deal Pier Kitchen on opening weekend, with good reason to suspect it might be this way for some time to come.
Read More

February 2019 – Second phase of Deal Pier regeneration set to begin
New lighting and a range of refurbishments were set to feature in the second phase of renovations for Deal Pier. The new £600,000 investment included work to refurbish the clock and art sculpture above the pier entrance.
Read More

September 2019 – New phase of Deal Pier restoration gets underway!
A new art deco style clock and an electronic information screen formed part of phase two of Deal Pier renovation. The next stage in the overall £1.1 million project was now getting underway.
Read More

March 2020 – Deal Pier returns to TV screens in ITV’s Liar
In 2017 Liar had showed the pier in its full glory, looking picturesque as it was lit up at night. The two main characters were filmed walking down it, and a promo picture of Laura showed her standing on it. The pier has since celebrated its 60th birthday and has undergone a facelift, with work carried out by Dover District Council.
Read More

August 2021 – Anglers welcomed back to Deal Pier
In August, Deal Pier’s lower deck re-opened for anglers after repairs. Dover District Council, which owns the pier, completed more £63,000 worth of work to the lower deck following tidal surges and storm damage in 2020.
Read More 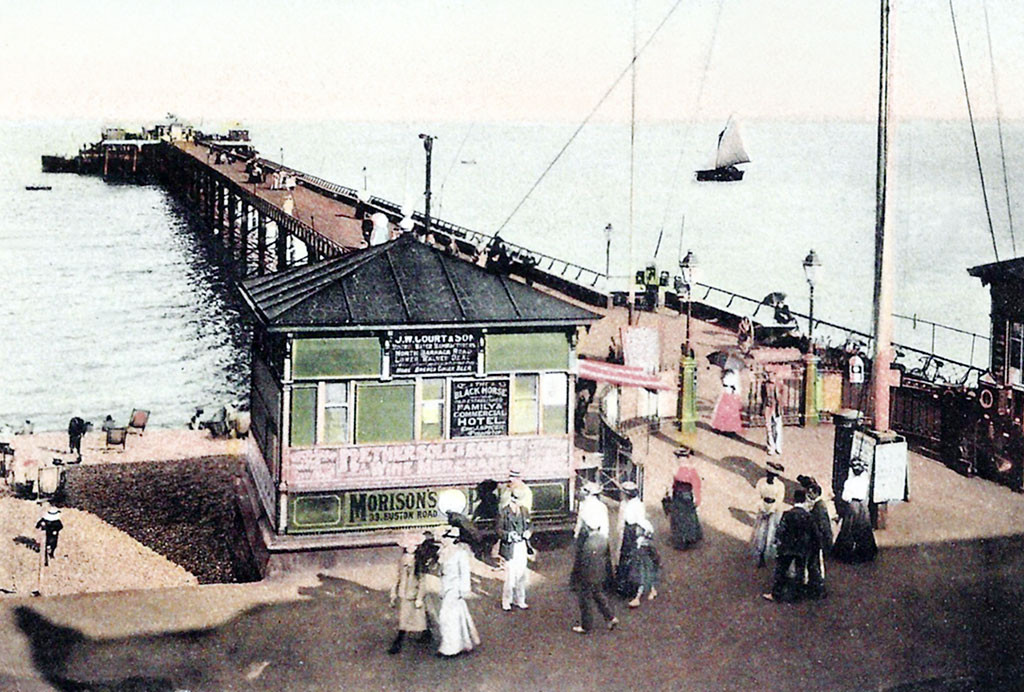 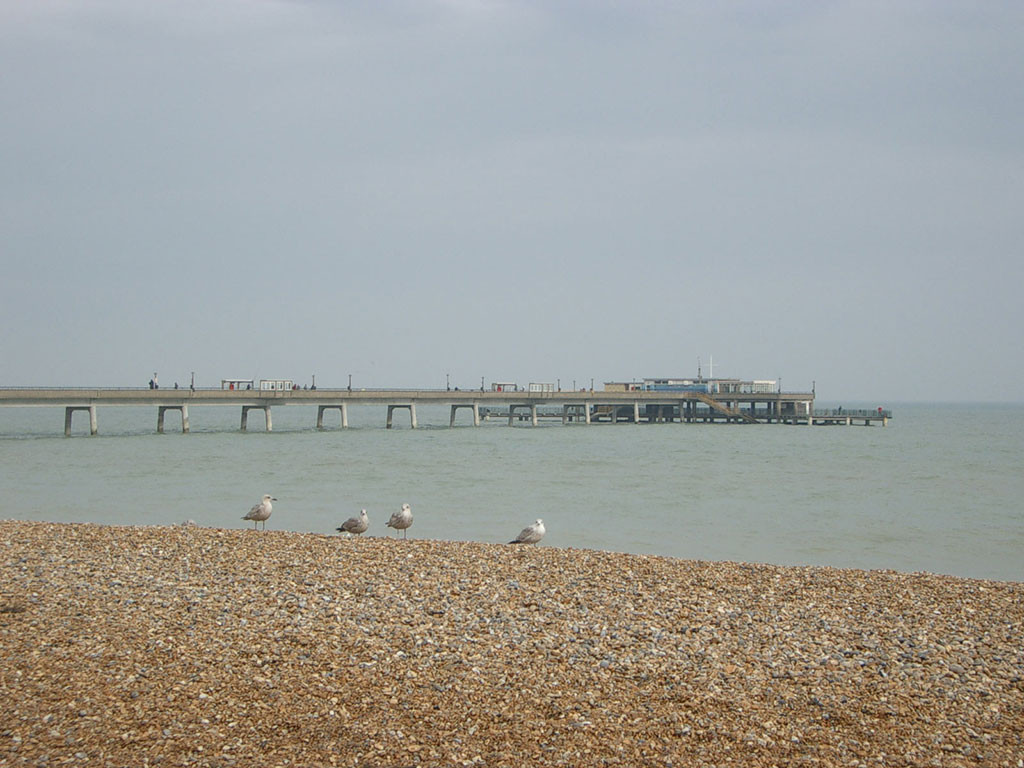 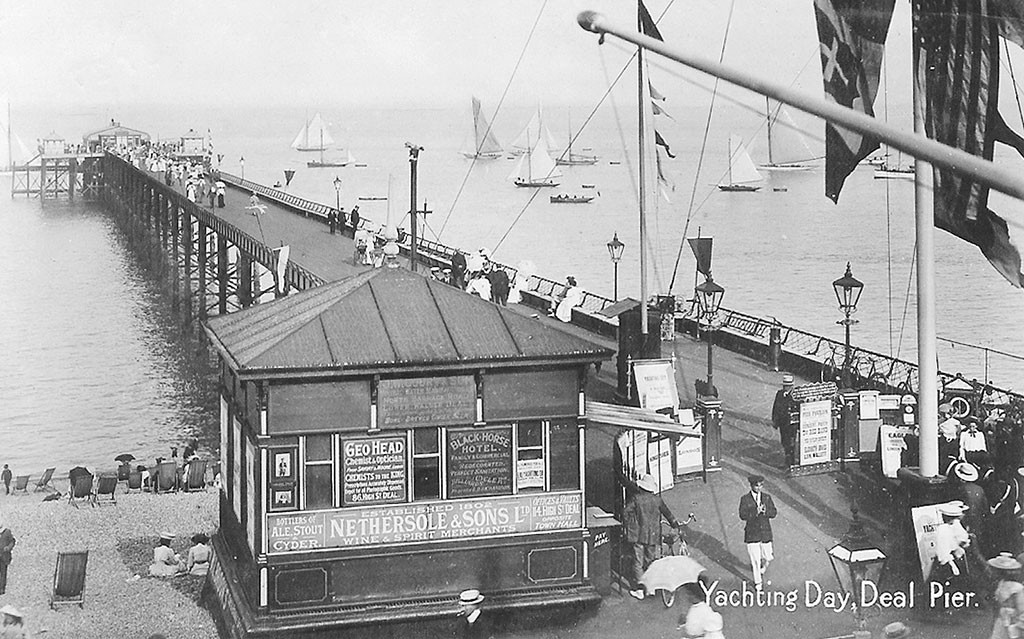 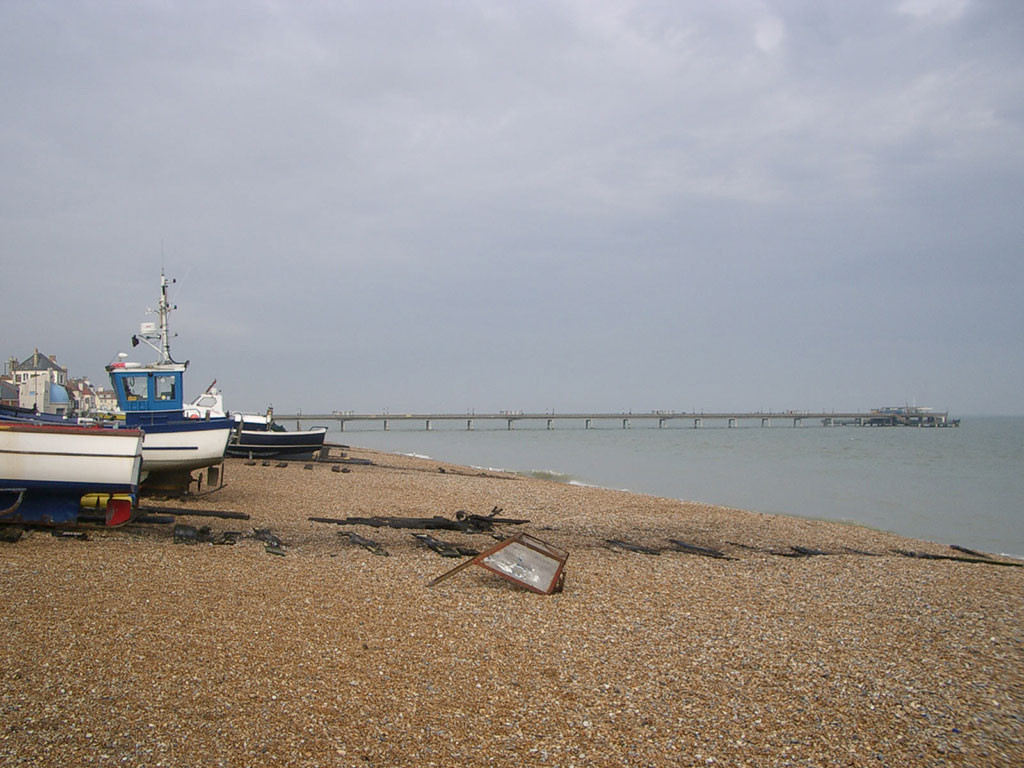 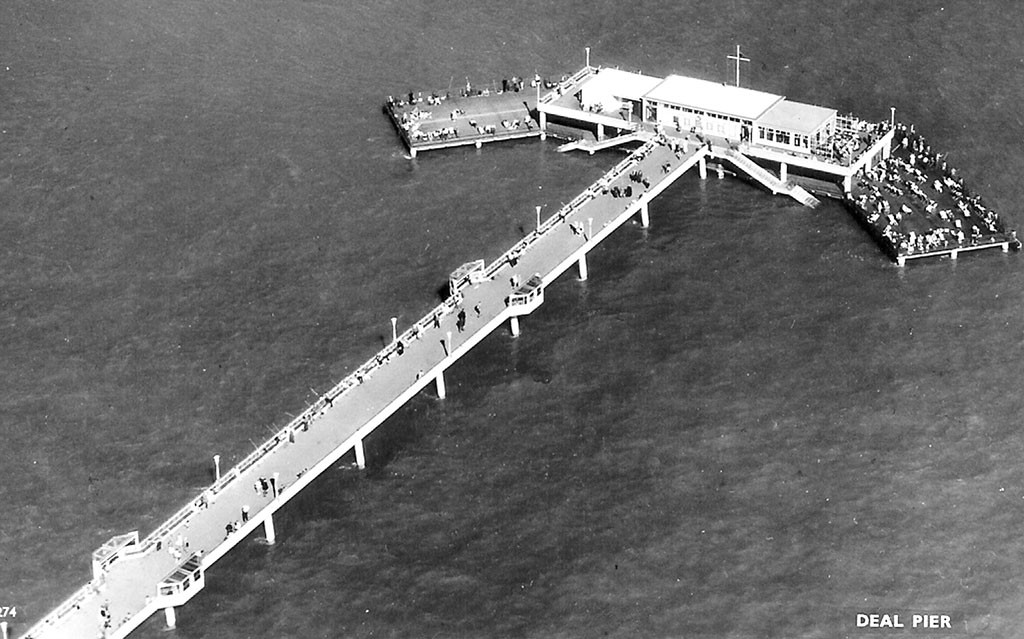