Plans appeared in the ‘London Gazette’ on 16th November 1866 and the pier was ordered in 1867. Built for £8,000 by Head Wrightson, it opened on August Bank Holiday, 1873. Financed by Manchester, Sheffield & Lincolnshire Railway (later LNER), they took on the lease in 1884 for £450 per annum and bought the pier twenty years later for £11,250. A pier-head concert hall was built in 1888 but was destroyed by fire in 1903. A new pavilion was built near the shore in 1905 and a cafe and shops on the site of the original building. An elevated link to the adjoining ‘pier gardens’ was added at this time but was removed in the 1930s.

In 1936, LNER sold the pier to Cleethorpes Council. It was breached in 1940 for defence purposes and the isolated seaward section was demolished after the war. Some of the salvaged material was used on Leicester City Football Club’s new stand. The pier now measured 335 feet compared to its original 1200 feet.

The pier pavilion was modernised in 1968 for £50,000. Facilities included a 600-seat concert hall, a cafe and a bar. Entertainment included bingo and wrestling.

Funworld Ltd became owners in 1983 for £55,000 but, after an unsuccessful summer show, closed the pier at the end of the 1983 season. Cleethorpes Borough Council decided to buy the pier back, and the threat of demolition loomed. However, businessman and club-owner, Mark Mayer, bought the structure on 24th July 1985 and spent £300,000 transforming the pavilion into a modern night-club named ‘Pier 39’ (from an old steamer pier in San Francisco). The re-opening took place on 4th September 1985.

Ownership over the following years passed through a number of organisations including Luminar Leisure and a management buyout in 2005 which later became Candu Entertainment.

Later that year the pier was bought by local businessman Kash Pungi. In 2007, the new owner put in hand the renewal of supporting legs, a 5 month project using over 40 tonnes of steel at an estimated cost of over £500,000. Also in 2007, the pier was granted a 24-hour drinking licence with the backing of the police and other authorities.

However, in January 2010, the pier went into receivership and was closed. Then in May 2010 it was announced that Mr Bryn Ilsley, a Grimsby-based businessman, had bought the pier for an undisclosed six-figure sum, and pledged to restore it to its former glory. After a £200,000 upgrade it re-opened in November 2010 having been leased to a new management team. But in September 2011, the pier was closed after having its licence suspended for 28 days because of what was described as incidents of serious crime and disorder. Despite an appeal, the pier’s management eventually surrendered their licence to run the landmark venue.

A new leaseholder, Mr Alistair Clugson, took over the pier in November 2011, vowing to make it “much more than just a nightclub”. After significant renovations, the former front bar area was re-opened as the Tides Bar and Restaurant in December 2011. The nightclub operated on Saturdays and on Wednesdays, and further plans were in hand to distance the pier from its troubled past, with even a proposal to change the name of the pier.

However, in October 2012, the future of the pier seemed once again in doubt after staff were suddenly advised without warning that the business had closed. The pier owner, Bryn Isley, said that he would be meeting with Mr Clugston and Hugo Marfleet who were leasing the venue from him to discuss the situation. But reports of removal men taking children’s rides and disco equipment from the venue seemed to confirm the worst and shortly afterwards it was announced that the pier was to be put up for sale with a guide price of £400,000.

The pier was put up for auction in February 2013 but, disappointingly, failed to meet its reserve price. But later in the month, Swindells Auctioneers, who were in charge of the sale, announced that it had been sold for “considerably more” than the £400,000 guide price nto a mystery buyer. Over the next few months, there was a great deal of optimism with the buyers, thought to be a venture partnership from London, having great plans for the pier.
But then in May 2013, Swindells announced that the sale had fallen through, the buyers having failed to meet their contractual obligations.

All was not lost, however, as in July 2013, to everyone’s great relief, the pier re-opened following the purchase of a one year lease by the Pier Group, a community minded group of businessman chaired by Mr Bryan Huxford, with an option to buy the pier at the expiration of the lease.

November 2013 – Ambitious new look for iconic pier
In November 2013, the consortium unveiled their vision for the future of the pier, which included a cocktail bar, tearoom, high-quality restaurant, multi-purpose ballroom and boutique cinema.

January 2015 – Refurbishment is progressing apace at Cleethorpes Pier
And in January 2015, pictures were released in the local media of the interior work showing the structure stripped back to it’s bare bones, in readiness for the commencement of the renovation work.

March 2015 – Cleethorpes Pier set for grand reopening in July
Refurbishment work began in earnest in March 2015 following the appointment of contractors to carry out refitting the pier with a new tearoom and restaurant, plus a 360-degree boardwalk with views out to sea. July remained the projected opening date.

April 2015 – Cleethorpes Pier gains celebrity chef
With refurbishment work well under way, April saw up to 50 new jobs become available at the pier. One of whom was Nigel Smith, who worked alongside Albert Roux at Guineas Restaurant and won the coveted Restaurant Of The Year as executive chef at Churchills Restaurant.

June 2015 – A look at Cleethorpes Pier’s refurbishment
As the transformation of the pier neared completion, further pictures were released of the multi-million pound refurbishment which included a large stained glass window, which would be the centrepiece of the pier’s facade.

​May 2016 – The Guardian celebrates the renaissance of Cleethorpes (and its pier!)
Like many British seaside towns, the Lincolnshire resort witnessed a revival, swapping its kiss-me-quick image for stylish bars and boutiques. The article by Davey Brett gave the views of local residents on how the town had changed.

September 2016 – NPS Pier Of The Year 2016 goes up for sale!
In September 2016, Cleethorpes Pier, which was named Pier of the Year 2016 by the National Piers Society after a two-year long £4.7 million restoration, was put up for sale. The owners, the Huxford family, said they felt they had taken the business as far as they could and had ‘reluctantly’ put it up for sale for an undisclosed amount.

November 2016 – Cleethorpes Pier rumoured to become giant fish and chip restaurant
In early November 2016, the agents selling Cleethorpes Pier confirmed that the pier had been sold and rumours began to circulate that the new owner was regional fish and chip company Papas Fish & Chips. Mr Papas refused to confirm or deny the rumours saying “I don’t know where this rumour came from … I cannot say anything else further at the moment.”

January 2017 – Cleethorpes history of star appearances
In January 2017, the Grimsby Telegraph published an evocative artice on the many stars of show business that had graced Cleethorpes Pier. Among the long list were names that have now become legends including Frankie Vaughan, Canon and Ball, Rod Hull & Emu and more recently the pop group Blur.

February 2017 – UK’s best fish fryer to work at Cleethorpes Pier
In February 2017, it was announced that the man at the head of the kitchen at the soon-to-be revamped Cleethorpes Pier would be George Papadamou, winner at the National Fish and Chip Awards finals. The award is to recognise the very best in the British fish and chip trade and saw Papa’s pick up the award for marketing innovation.

October 2017 – Looking back at the star appeal of Cleethorpes Pier!
Whatever the weather, the stars always shone brightly at Cleethorpes. And for many of them, summer would just not have been summer without a visit to the resort.

February 2018 – A wonderful celebration of Cleethorpes Pier!
In February 2018, the Yorkshire Evening Post ran an article celebrating Cleethorpes Pier, the landmark that refused to die, and was named in 2016 Pier of the Year by the National Piers Society. It had since become the home to what was claimed to be the largest fish and chip restaurant in the country.

January 2019 – A detailed look-back at Cleethorpes Pier
Cleethorpes Pier once measured 1,200ft? Everything you needed to know about the iconic landmark.
Read More

October 2019New entrance planned for Cleethorpes Pier
In October, it was announced that the “unsightly and deteriorating” gates at the entrance to Cleethorpes Pier would be replaced with a new set of ornate ones. A new set of decorative gates and fixed side screens was proposed, replacing the current steel-framed solid faced units.
Read More

April 2020 – Papa’s Fish and Chips at Cleethorpes Pier offer click and collect service. An inspired way to keep trading and keep people safe
The restaurant launched its new click and collect service after repeated requests for them to open their business up again. Dino said “A big worry of ours was that we could end up with a long queue of people waiting to collect their food, so we have limited the number of orders we are doing. We are only delivering to people who have a car and once customers have parked up, a staff member will place their order into their boot in order to avoid any human contact.”
Read More

December 2020 – Papa’s serve up a festive whopper at Cleethorpes Pier!
Papa’s Fish and Chips, said it would introduce the two foot deep fried pig in blanket at its restaurants from December 4. It was advertised as the world’s largest battered pig in blanket, a festive twist on a battered sausage standing at over 60 centimetres.
Read More 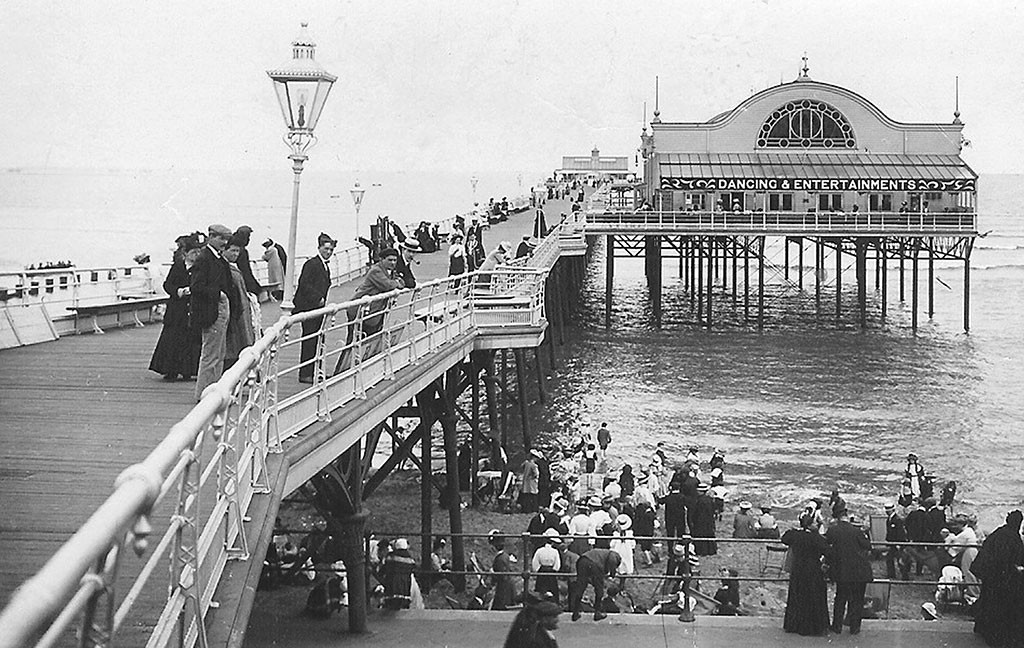 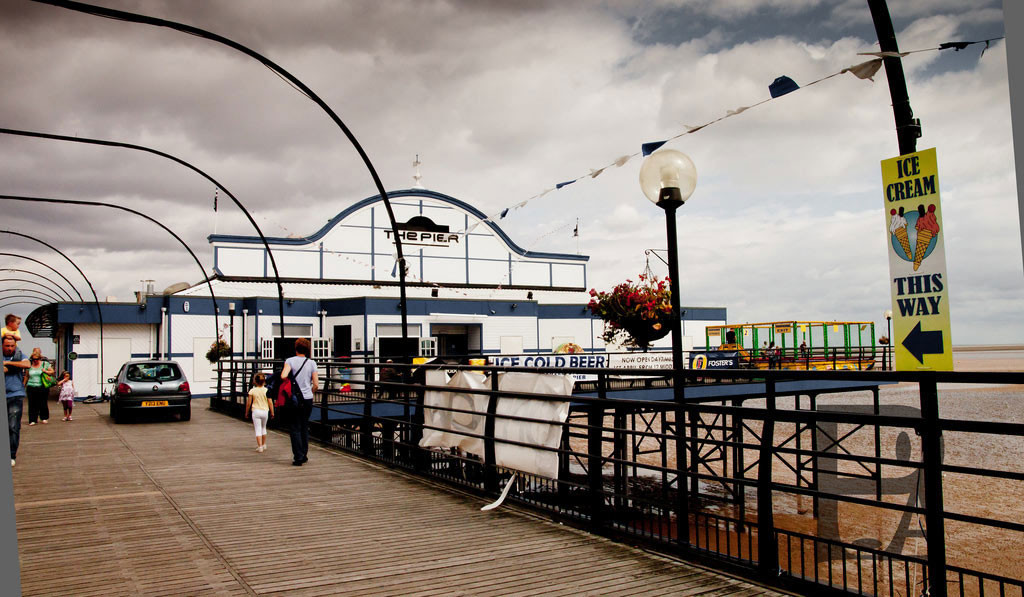 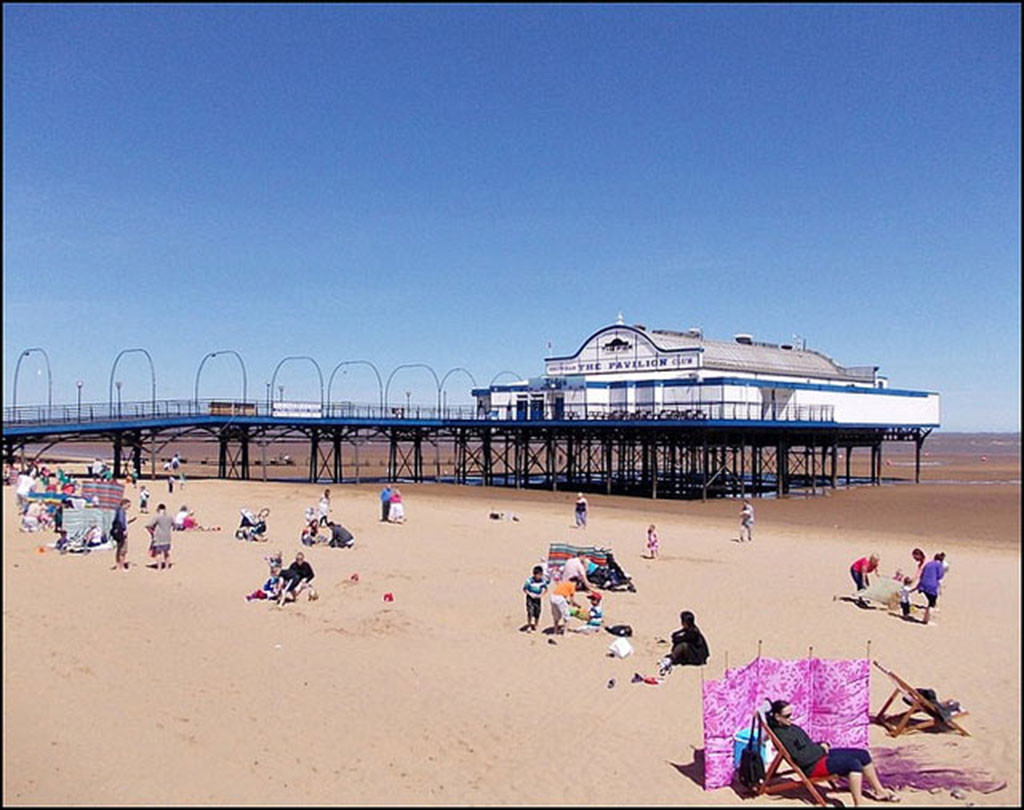