The pier was built just before the First World War and was the first concrete structure of its type in Europe. Granite chippings from Penryn Colliery in Cornwall, which were used in the pier’s original construction, are still used today for routine maintenance.

Intentions to lengthen the pier did not materialize and, consequently, the pier remained the shortest in Britain, consisting of little more than a pavilion on piles. The pavilion was constructed between 1911 and 1914 and incorporates many design features associated with Brunel (1806-1859) sharing similarities with Bristol Temple Mead and Bath Spa railway stations.

Harry Parkin took over the derelict pavilion in 1968. Many years of effort have since been spent on renovation, trying to maintain its traditional concept. An application for Lottery funding was made in 1996 for further work on the roof and substructure.

Facilities in the pavilion include amusements, bingo and a pizza counter. In front is a courtyard where ice-cream and burgers are sold. One of the two side walkways is open. The pier won a ‘Britain in Bloom’ award seven years running.

In March 2011, along with 30 other piers, Burnham participated in the Party on The Pier event to mark the start of British Tourism Week.

A seasonal sweet shop, the Candy Stall, was opened at the front of the pier’s forecourt in December 2011. However, a dispute arose with Sedgemoor District Council who issued an enforcement notice requiring the the new shop to be demolished because it had been erected without permission and was felt to be out of keeping with the rest of the area. Then in February 2012, the council halted its proceedings against the pier while it investigated the matter further. In November 2012, Council officers rejected a retrospective planning application from the owner but later in the month the Council’s Development Control Committee overruled their officers and gave a temporary 5 year approval to enable discussions to continue on the building’s future.

March 2014 – Pier’s plans set to be refused by District Council
March 2014 – Pier owner’s relief as expansion is approved
But having been approved by the town council, the new £100,000 again looked to be in jeopardy when a case officer from Sedgemoor District Council recommended that the application be rejected, essentially because he didn’t think it was appropriate to the area in which it was situated.
However, councillors over-ruled the case officer and approved the application.

September 2015 – New roof arrives at Burnham on Sea Pier
September 2015 saw the erection of the controversial new roof at the front of Burnham-on-Sea’s pier. The £60,000 roof was part of a full £100,000 programme of improvements being piloted through by the pier’s owner, Louise Parkin.

July 2016 – Burnham-on-sea pier is up for sale
In July 2016, Burnham-on-Sea Pier appeared in an advertisement in a trade magazine, devoted to the amusements and leisure industry. The advert described the pier as being a freehold property, with plans to extend. No price was indicated.

July 2016 – Owner talks about bitter-sweet sale of Burnham-on-Sea Pier
Then later in the month in an interview with the BBC, the pier’s owner, Louise Parkin, talked about her sadness at having to sell up due to illness in her family.

December 2017 – New owner for Burnham on Sea Pier!
In December 2017, it was announced that J Holland and Sons, a nationwide entertainment and gaming company, had bought the seafront landmark from the Parkin family, who had owned it for 49 years.

June 2018 – Burnham-On-Sea Pier tops the list of Britain’s best tiny attractions!
In June 2018, the Guardian rated Burnham-on-Sea Pier as one of its ten top Tiny Attractions. At just 37 metres long and Britain’s shortest pier, Burnham was described as having ‘a selection of little outlets selling refreshments, and a larger cafe than might be expected.’ But the pier’s true glory was its amusement arcade and bingo hall in a pavilion that took up about three-quarters of the pier.

A new look for the UK’s shortest pier!
The new branding was one of several changes introduced, including new gaming machines inside and children’s fun fair rides outside.
Read More

August 2021 – Fire at Burnham-On-Sea Pier causes significant damage to pavilion
The pier is the shortest in the UK and was the first concrete structure of its type in Europe. It was built just before the First World War but had a large amount of repair work done during the summer of 2020. The fire left the rear of the pavilion severely damaged.
Read More

November 2021 – In praise of Britain’s shortest pier!
In many ways, the beaches and piers of Somerset all “scream British seaside resort”. However, it seems one, in particular, has been doing so more than most. Burnham-on-Sea Pier, famous for being the shortest in Britain at just 37 metres long, has been earning recent compliments from visitors for bringing back the taste of classic British seaside holidays. 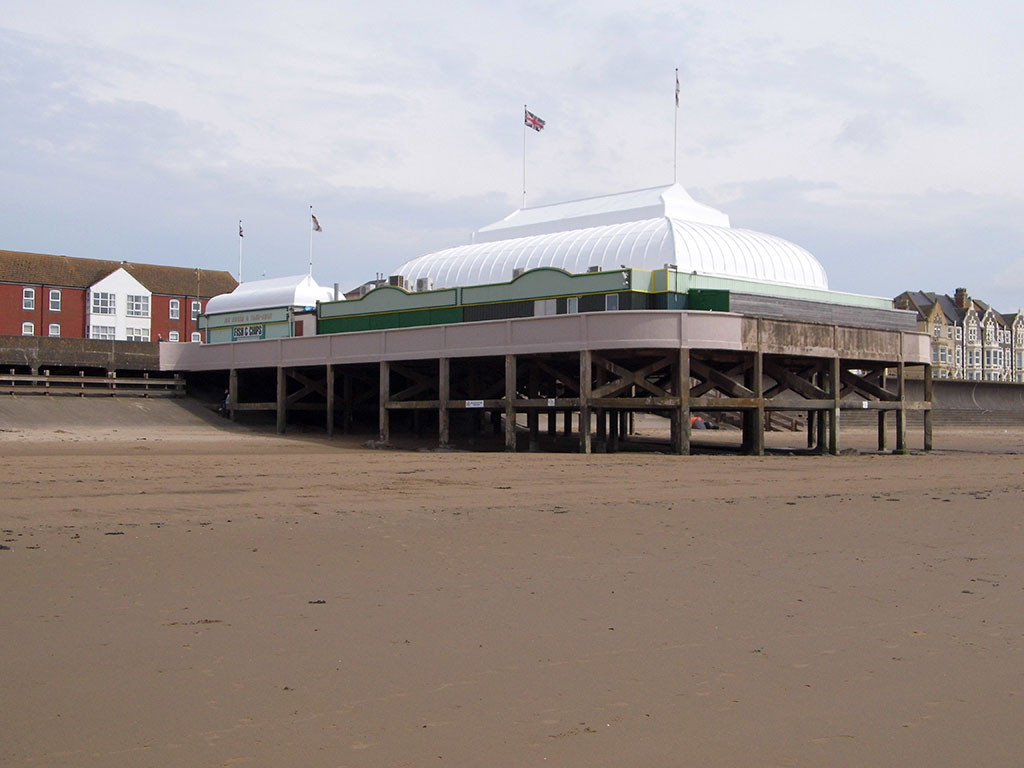 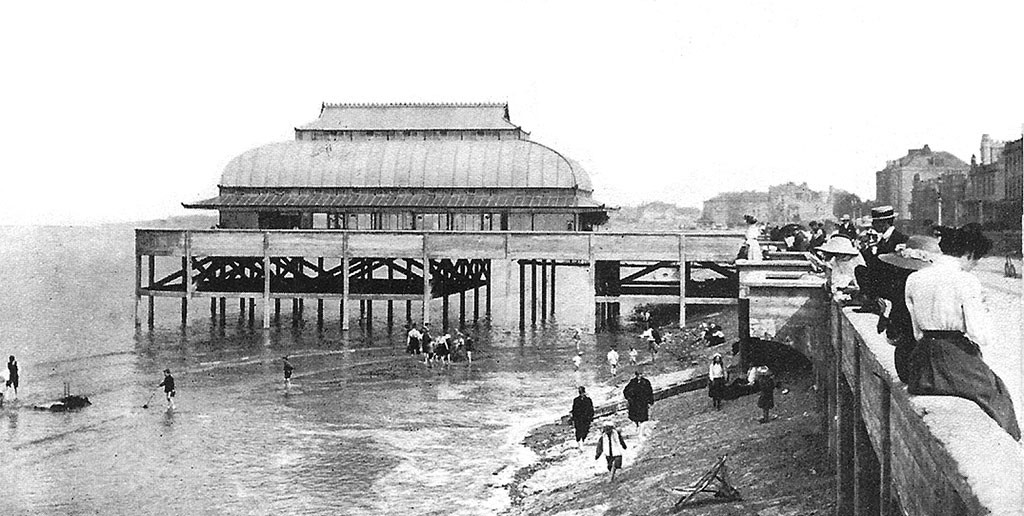 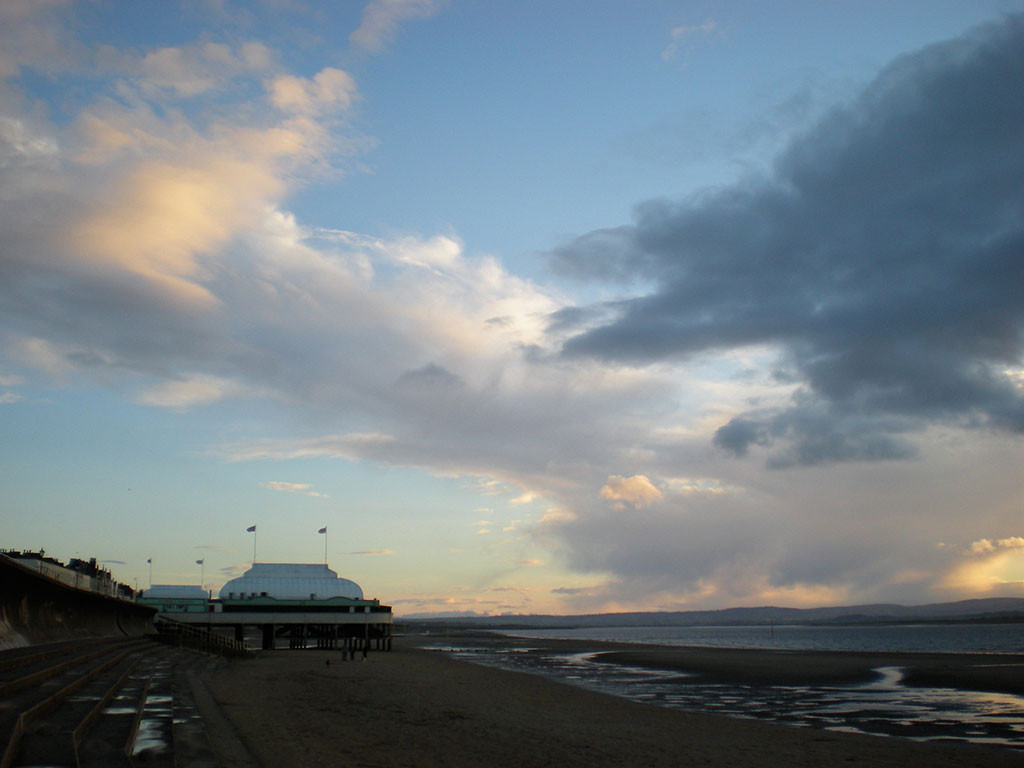 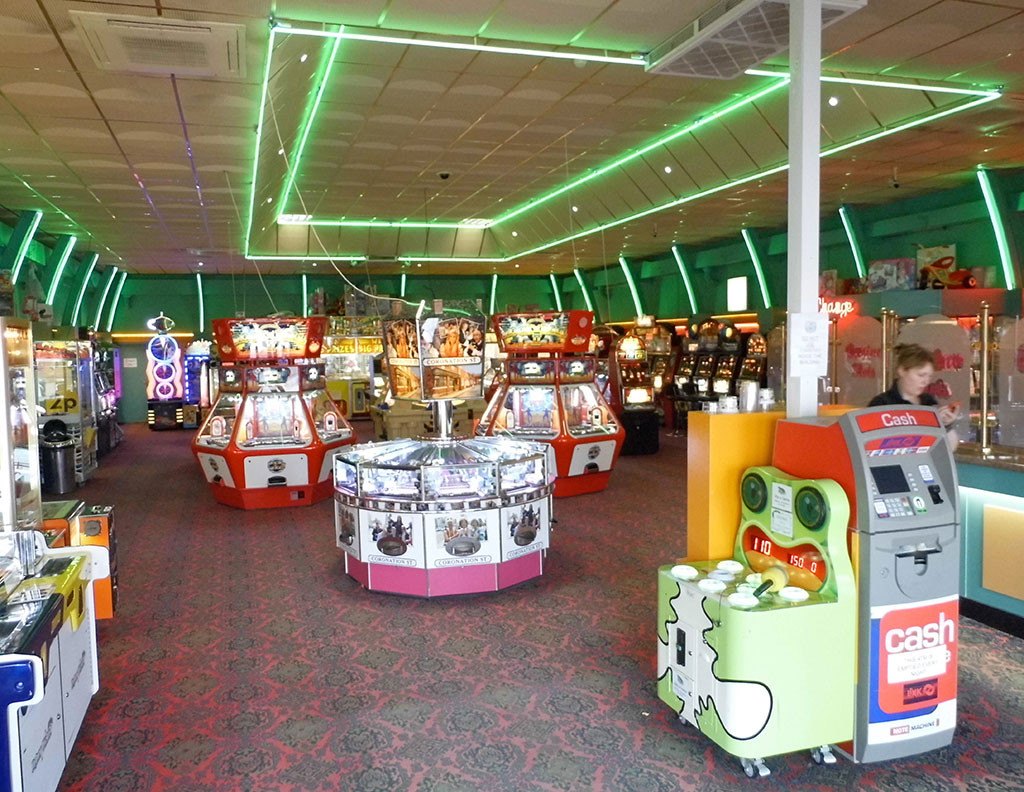 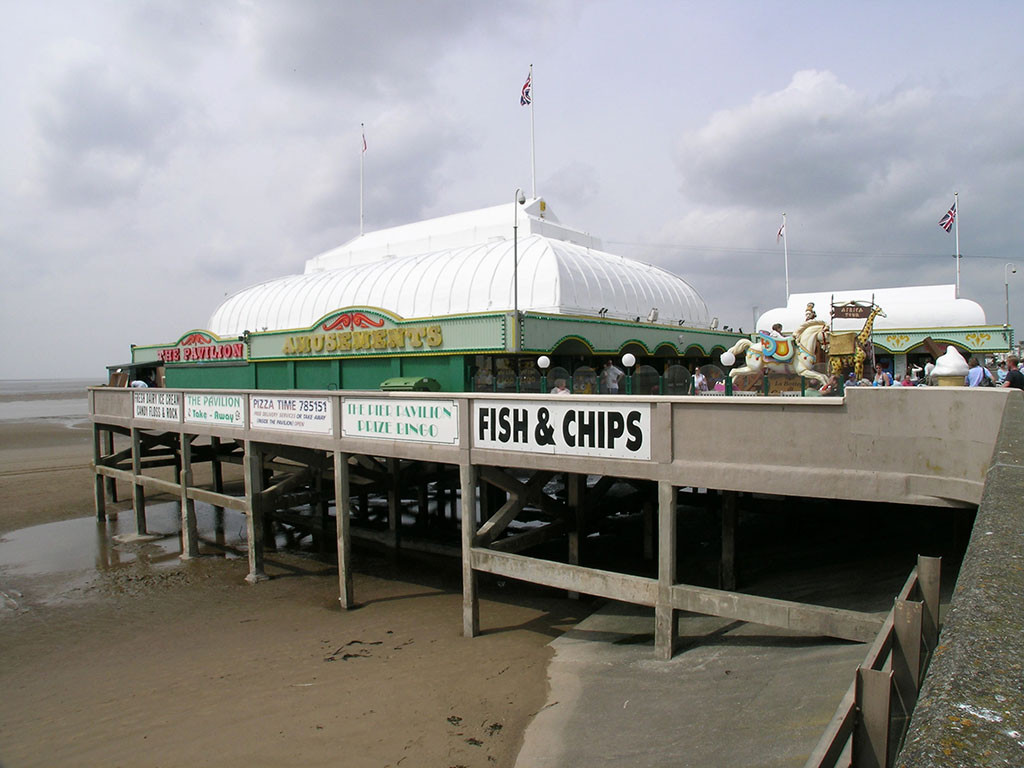