This famous early pier was first proposed in 1806. The Brightelmston Suspension Pier Company was formed in 1821 and the 1134 foot pier, the full title of which was the Royal Suspension Chain Pier, opened on 25th November 1823. Designed by Capt. Samuel Brown, it had four 260 foot spans and cost £30,000. Sailing ships called initially, but when these were replaced in 1825 by steamer packet boats, passenger traffic increased. There were excursions to the Isle of Wight.

The pier was damaged by storms in 1824, 1833 and 1836. Brighton’s position is less sheltered than other ports such as Newhaven, and this resulted in a reduction in steamer traffic. New attractions were introduced including a camera obscura, a regimental band, small kiosks and shops, a weighing machine, shower baths and a saloon lounge/reading room. Visitors at this time included King William IV, and the pier featured in paintings by both Turner and Constable.

Storm damage, neglect and the opening of the West Pier, sent the Chain Pier into decline by the 1860s. It was sold to the Marine Palace & Pier Company in 1889. The pier remained open until October 1896 when the Borough Engineer found that the head was 6 foot 9 inches out of perpendicular. On 4th/5th December that year, it was destroyed by a severe storm. The remains were demolished within two months. 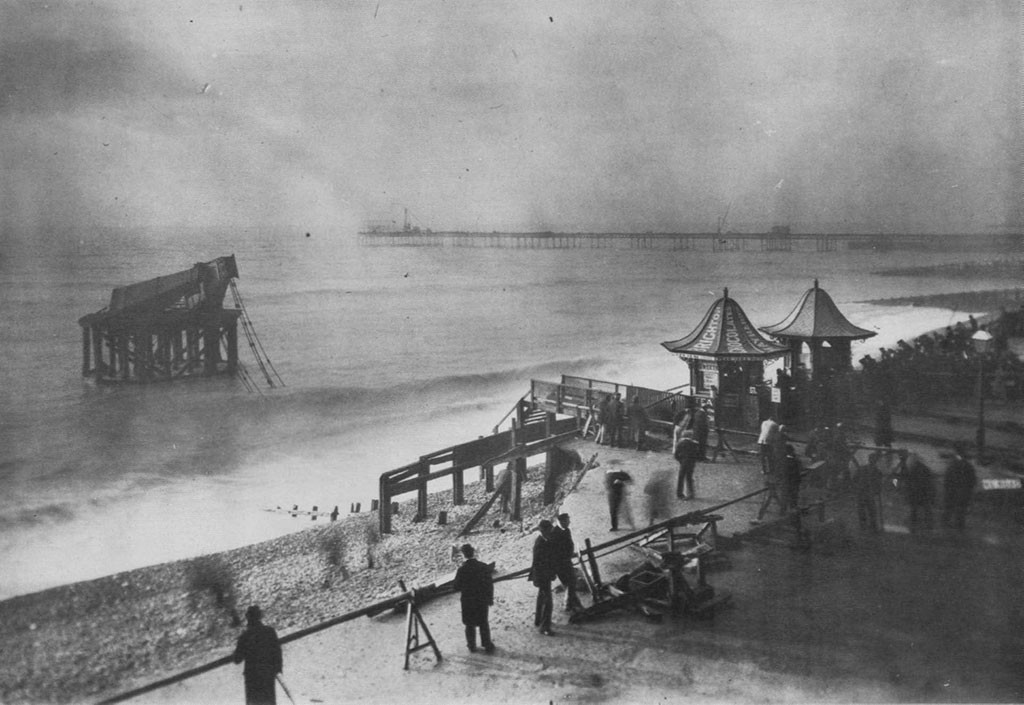 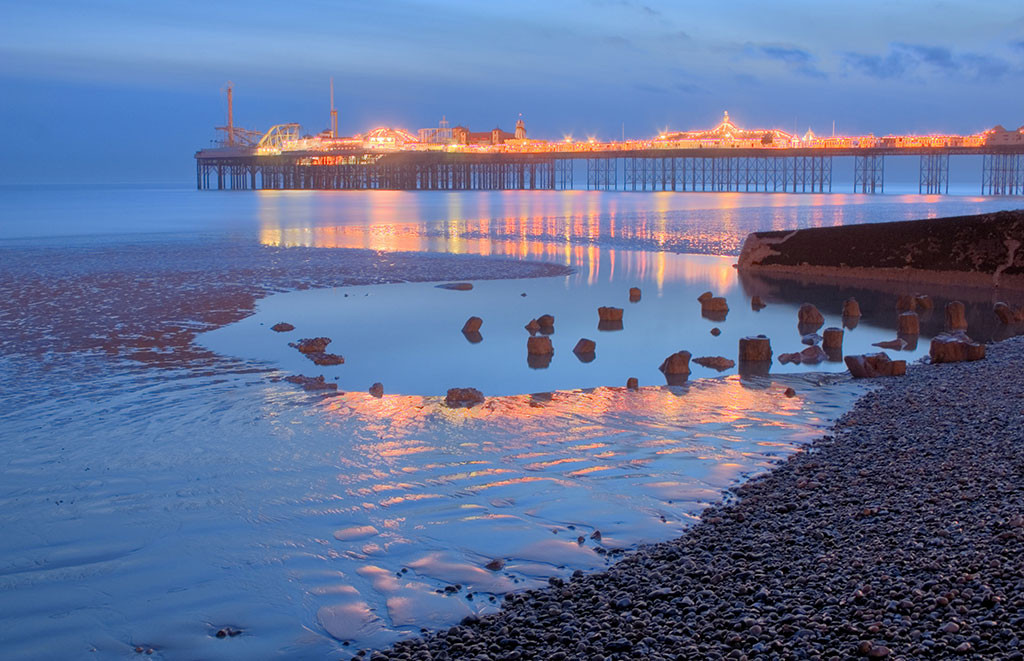