A 100 foot wooden jetty was completed on 2nd August 1856. It was replaced in 1861 by a 1000 foot wooden pier designed by George Rennie. This opened on 17th September 1861 having cost £3,418.
The piles were replaced in cast iron in 1866 and the ‘T’ shaped head was swept away by a gale in January 1867. In 1876, a storm rendered the structure unfit for steamers. It was demolished and replaced by a temporary construction in time for the 1877 season.
Eugenius Birch designed the 838 foot iron pier at a cost of £21,600. It opened on 11th August 1880. Covered shelters and a bandstand were added to the pier-head in 1885, followed by extensions in 1894 and 1905. The new landing stage increased the pier’s length to 1,000 feet.
Breached as an anti-invasion measure in 1940, the repaired pier was re-opened by 1946. The pier-head was reconstructed in 1950 and a concrete substructure was built in 1960 to carry the new pier theatre.
A council report (the pier is local authority owned), in November 1976, found serious corrosion damage. Rebuilding was estimated at £1,000,000. A scheme was authorised in 1977 and work commenced in 1979. It was completed in 1981 having actually cost £1.7 million. The refurbished pier had a two-storey, octagonal entrance building/leisure complex and facilities including shops, kiosks, an amusement arcade, a show-bar and a multi-purpose hall. The old shoreward end construction was demolished. A new concrete neck was built at this time.
In 1996, the council planned to build a £13 million high tech pier. It would retain the pier’s original girders but everything above deck would be demolished and replaced. However, the Millenium Commission rejected the proposals and private companies were sought to fund the development.
Approved expenditure for 1997 covered a structural survey, replacement of deck gratings on the landing stages and phase eight of the landing stage pile replacement programme.
In 2006, operation of the pier was taken over by Openwide Ltd and in October 2009 it was revealed that suggestions they had made informally to Bournemouth Council for a big wheel and a viewing tower were rejected as impractical.
In October 2010, Bournemouth council was reported as having entered into a deal with Openwide to bring a top secret £1.1 million unnamed outdoor attraction to the end of the pier.
Then, in May 2011, it was announced that Bournemouth’s historic Pier Theatre would close and the building be converted into an adventure sports attraction, complete with surf training wave, climbing walls and high ropes courses. Finally, in September 2011, after many protests about the closure, including a strong defence of the theatre by the National Piers Society, Bournemouth Council voted to approve the change of use and enable the proposals to go ahead.
However, in February 2012, following difficulties in providing an electrical power supply for the the new all-weather attraction, Openwide announced that the historic Pier Theatre would re-open for one last summer season, with the new facility being put back to 2013.
In April 2012, in a bid to attract more visitors to the pier, a £1 season ticket for entrance to the pier was introduced, the normal price being 60p per visit.
In January 2013, the pier operators,Openwide International, announced plans to install a high ropes course and a zip line attraction between the pier and the beach. They were also seeking permission to install surf wave ride on the end of the pier. But planning permission for the new attractions was refused by Bournemouth Council on the grounds that they would adversely affect the visual appeal of the pier and damage its heritage value.
In April 2013, the much criticised IMAX building near to the pier approach was demolished to pretty much everyone’s relief.
In October 2013, a new £90million seafront strategy was drawn up to boost the number of visitors to the beach and increase the length of time and money they spend there. The proposal included plans for overnight stay beach huts and a major overhaul of the Pier Approach area.
Also in November 2013, a revised application for just a zip wire and standing surf wave was submitted to be more sympathetic to the historic pier. Openwide International, the pier operators, claimed extra attractions were needed to boost the pier’s appeal. The revised plans were unanimously approved by the council who asked if the project could be completed by the summer season.

December 2013 – Work to convert Pier Theatre to start
It was announced in December 2013 that the controversial conversion of Bournemouth’s Pier Theatre into an indoor adventure sports attraction would start immediately following the festive period. The conversion had originally been planned for completion in May 2012 but power supply problems had delayed the project.

February 2014 – Pier restaurant in wedding ceremonies bid
February 2014 saw an application for couples to get married in Key West Restaurant, which occupies the domed building on the pier.

April 2014 – Petition to save Theatre gets 1000 signatures
A late bid to save Bournemouth Pier Theatre was made in April 2014 via an online petition which attracted nearly 1,000 signatures. The theatre had been used to host entertainment since the 1960s.

May 2014 – First look at Pier Theatre transformation
But the following month, it became clear that the fight to save the pier had failed when the new £2million Rock Reef adventure centre opened offering three exciting experiences – 25 different ‘Clip ’n’ Climb’ climbing walls, an aerial obstacle course and 65m of pier caves plus a terrifying vertical drop slide, a leap of faith jumping challenge and a cafe. 50 new jobs had been created.

August 2014 – Pier Zip Wire attraction installed
The world’s first pier-to-shore zip wire was completed in August 2014 ready for safety testing in early September. The ride had been funded and built by the pier operators, Openwide International, who had spent years in an attempt to find a suitable attraction for the pier without damaging its character.

September 2014 – Work To Transform Pier Approach Starts
In September 2014, work began on the transformation of the eastern side of Bournemouth’s Pier Approach. The new features included water play features and landscaping in keeping with the history and geology of the area, colourful low energy lighting, and a kiosk for seafront and tourism information.

October 2014 – Future of boat trips from Bournemouth Pier put under the spotlight
Concern was expressed in October 2014 regarding the future of boat trips from the pier as none had taken place during the year. The Pier had been a popular departure point for a mixture of pleasure boat rides in previous years but rising costs and a drop in the number of passengers had made it increasingly difficult for boat operators to run a service successfully.

March 2015 – Progress on Pier Approach
March 2015 saw work progressing well on the £4million project intended to provide a “contemporary gateway” from the Gardens to the seafront, including a water play feature and colourful low-energy light displays.

December 2016 – Big Wheel arrives at Bournemouth seafront
In December 2016, a big wheel feature was installed on the approach to Bournemouth Pier in time for the Christmas festivities. The wheel stood more than 100 feet tall and provided panoramic views of the surrounding area.

January 2018 – Bournemouth Pier Approach refurbishment to be completed by Easter
The second phase of works to improve the seafront started in October and by January 2018 was well underway. New paving was being laid and “landscaping enhancements” were also planned.

April 2018 – TV celebrities line up for Bournemouth Pier zip line challenge!
In April 2018, a group of TV personalities descended on Bournemouth Pier to test their nerve on the coastal zip wire on Bournemouth Pier. The group were raising funds for Entertainment Workshops, an East Sussex charity that helps children pursue alternative media-based education up to BTEC level.

May 2018 – Landing stages out of action at Bournemouth Pier
May 2018 saw Bournemouth council having to close both pier landing stages as a result of further damage caused during the winter storms. The council said that they were currently waiting for an engineer’s assessment so they could evaluate the costs and timetable for getting the landing stages re-opened.

February 2019 – Adventure golf course development underway at Bournemouth’s Pier Approach
Themed around the area’s smuggling heritage, the 18-hole golf course was approved by the council despite a range of concerns raised by the borough’s urban design officer over the materials proposed.
Read More

April 2022 – Concerns raised over the condition of Bournemouth Pier landing stage
A BCP Council spokesperson said: “The Council has recently undertaken a structural survey of the iconic Bournemouth Pier to identify any areas requiring maintenance or replacement, the results of which are currently being finalised. During this survey, we became aware of some issues around the Upper East Side landing stage”.
Read More 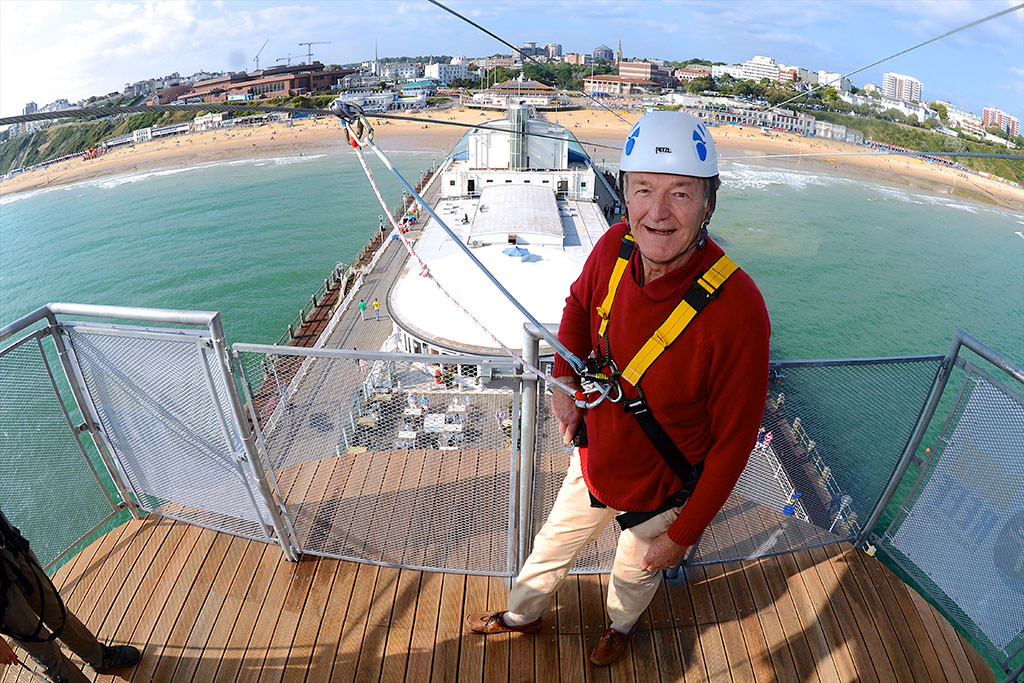 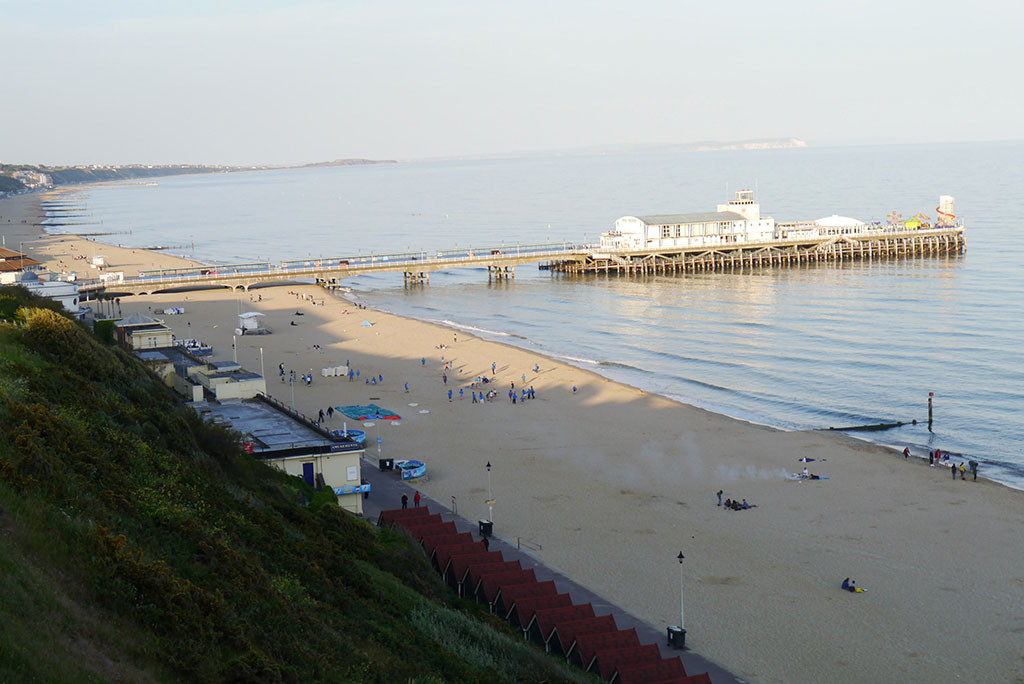 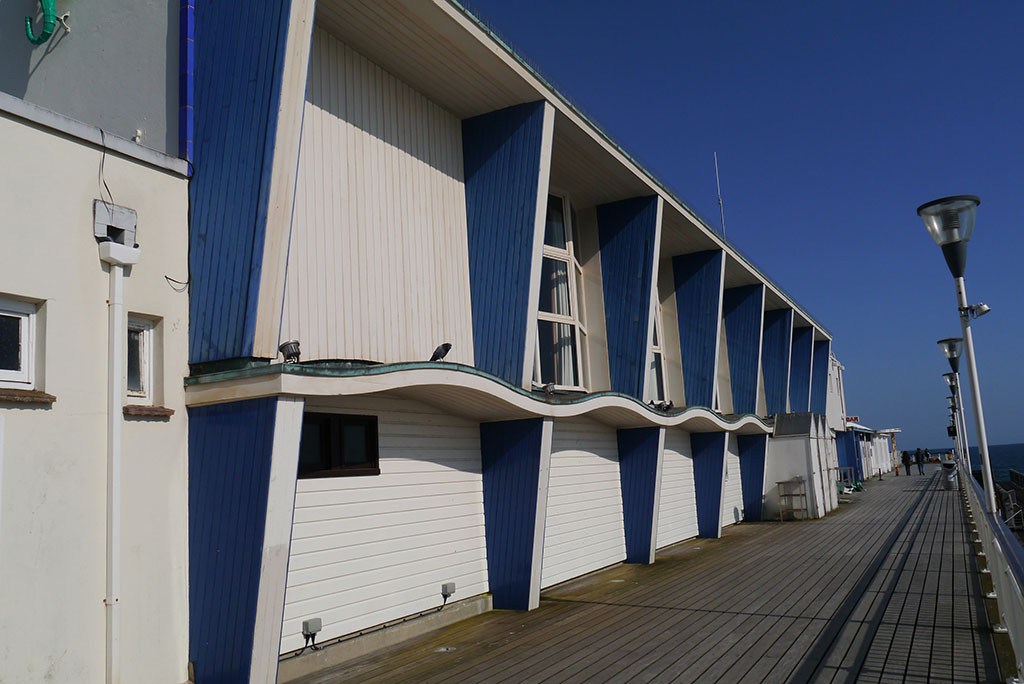 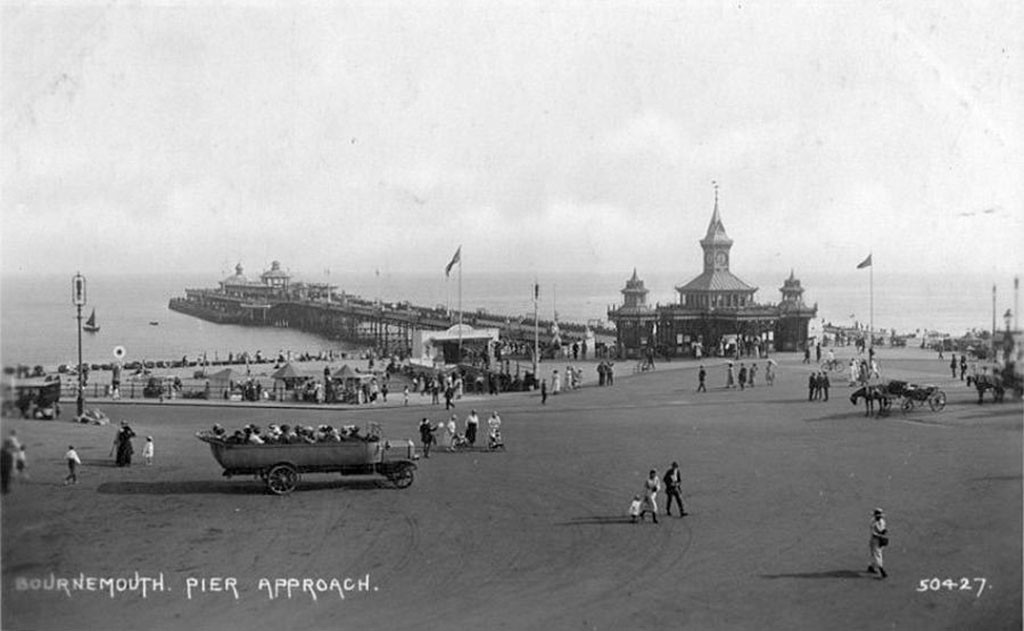 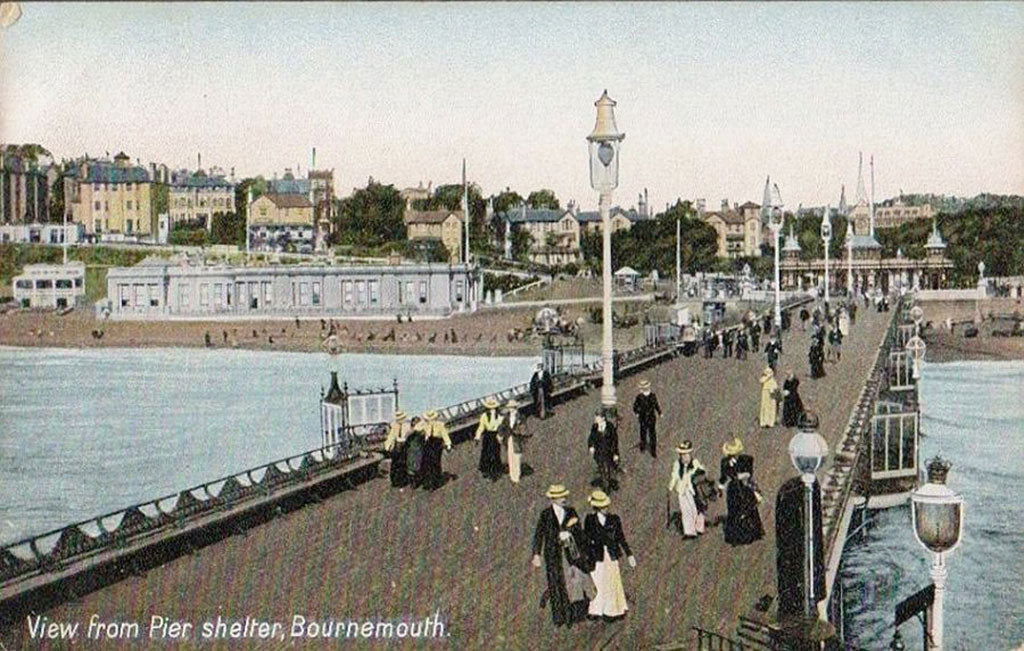 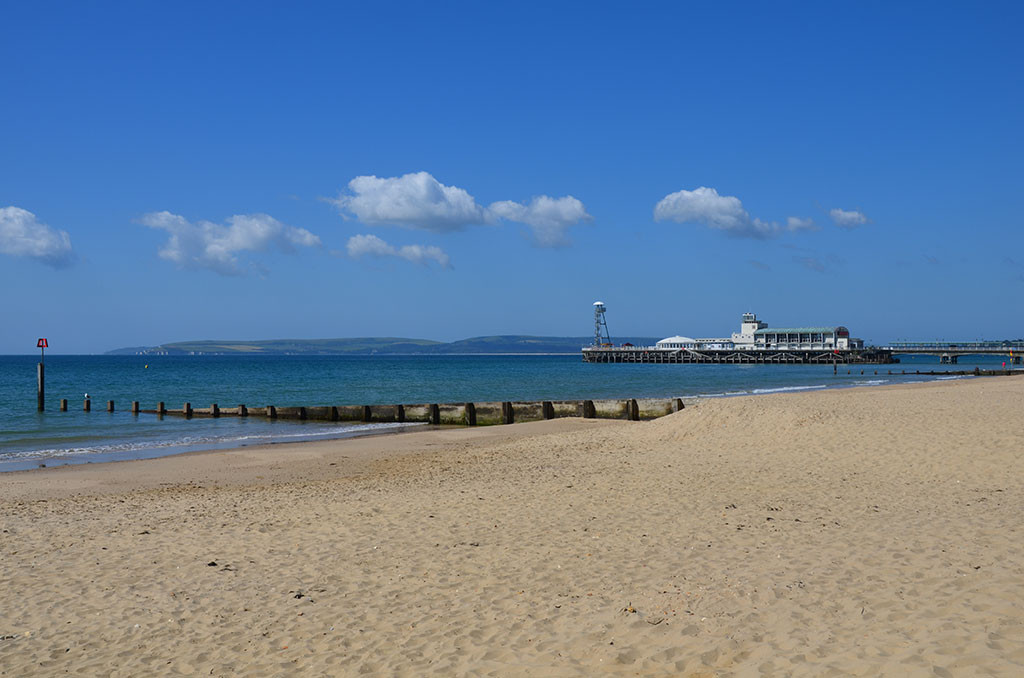