Grade II listed Aberystwyth Pier, the oldest in Wales, was one of 14 designed by master pier builder Eugenius Birch (1818-84). Built in 1864 for the Aberystwyth Pier Company and engineered by John Dowson, it was the principality’s first purpose-built pleasure pier (as opposed to a landing jetty), cost £13,600 and opened on Good Friday 1865, the same day as the town’s railway station. Constructed of braced iron piles and columns and built on rock, it was 243.8m (800 ft) long x 6.1m (20ft) wide, leading to a 36.6m (120ft)-wide pier head.

However, 30.5m (100ft) of the decking was lost in a storm the following January and only reinstated in 1872, with a refreshment room added at the pier head (soon followed by a bandstand and a small aviary).

On 26 June 1896 an imposing Gothic-style glass domed entrance pavilion accomodating up to 2,000 people and costing £8,000, designed by Croydon Marks and erected by the Bourne Engineering & Electrical Company, was opened by the Prince of Wales and Princess Alexandra, who named it the Royal Pier Pavilion.

Through the early 1900s, the condition of the pier gave cause for concern and the local council took on the lease of the pier for two years from 1910 during which time considerable repairs were carried out. In 1912 the pavilion was converted into a cinema.

The rest of the pier was badly damaged in a storm in January 1938, reducing its length to 106.7m (350ft), and the ravages of war and subsequent neglect eventually caused the decay of the pier neck and it was closed to the public in 1970. The pavilion, however, remained open.

In 1979 it was acquired by Port Talbot based Don Leisure (who were incidentally the first pier owners to take out membership of of the National Piers Society). They spent over £250,000 updating and renewing the pavilion.

Access to the remains of the pier-neck and open decking was unavailable for a number of years due to fire safety issues. But in 2010, the surviving decking on the bay side was reopened, being reached by an external staircase leading down from the brasserie; its picnic tables command a superb view along the crescent-shaped bay towards the 240.5m (789ft)-long cliff railway, dating from 1896, which ascends Constitution Hill, at the top of which there is a working camera obscura.

In October 2014, the local authority explored the possibility of installing a high-speed wire between the top of Constitution Hill, on the northern tip of the seafront, and Aberystwyth’s famous Royal Pier, to the south. This was not pursued.

March 2015 – Aberystwyth’s Royal Pier goes into administration
In March 2015, the managing company, Don Leisure Limited, announced that they were putting the pier into administration, blaming the previous January’s tidal storms and the subsequent loss of business as factors in their decision.

Apr 2015 – Is community ownership the future for Aberystwyth Pier?
Concern about the future of the pier led to a group led by former Aberystwyth student and Student’s Union president, Sandra Cater. being set up to explore the possibility of the community taking over the pier and operating it as a social enterprise.

Apr 2015 – Potential buyer interest in Aberystwyth Pier
However, in the same month, the administrators stated that they had received a lot of interest from potential buyers and a sale was probably the most likely option. No asking price was quoted, potential buyers being given relevant information and asked to submit an offer.

June 2015 – Extent of Aberystwyth Pier debt revealed
Then in June 2015, the local media revealed from court papers that the Royal Pier owed almost £2.5m to creditors when it went into administration earlier in the year.

May 2016 – ‘Time wasters’ delay Aberystwyth Royal Pier sale
Administrators called in to manage the sale of Aberystwyth Pier complained that the sale was being delayed by “timewasters” and potential buyers struggling to meet the asking price. They nevertheless remained confident that a suitable buyer would be found.

September 2016 – Aberystwyth Pier sold!
In September 2016, it was reported that Aberystwyth’s Royal Pier had been sold by its administrators to a pension fund after being on the market since March 2015.

June 2018 – Aberystwyth Pier to be returned to former glory
In June 2018, the owners of Aberystwyth’s Royal Pier, Revgate Aberystwyth Ltd, submitted plans to Ceredigion Council to update the signage and facade of the pier, which hadn’t been renewed since 1987. A spokesman for the pier said “Our designs take into consideration the pier as it was when it was opened in 1865, restoring the entrance sympathetically, returning it to its former glory,”

March 2019 – Aberystwyth Royal Pier will be the place to view mesmerising murmurations!
In March, it was reported that The town’s Royal Pier was set to have a dedicated viewing platform for visitors to watch mesmerising formations by more than 50,000 birds. The plans formed part of the latest investment to regenerate and reinvigorate the Grade II listed pier by owners Revegate Aberystwyth Ltd.
Read More

June 2020 – Aberystwyth Royal Pier gets planning green light for viewing platform
In June 2020, as part of an ongoing investment to regenerate the Grade II listed Royal Pier, planners approved the creation of a new extension that would include a balcony area for viewing the town’s famous Starling murmurations and the promenade.
Read More

March 2021 – The next stage of refurbishment plans at Aberystwyth Pier approved
Plans were approved for Aberystwyth pier, to give “dramatic views” and an “al fresco dining experience” on the seafront. Ceredigion County Council planners gave the green light to plans for The Royal Pier to remove seven windows at the rear of the building and install full-height, fully glazed bi-fold doors and glazed balustrades.
Read More 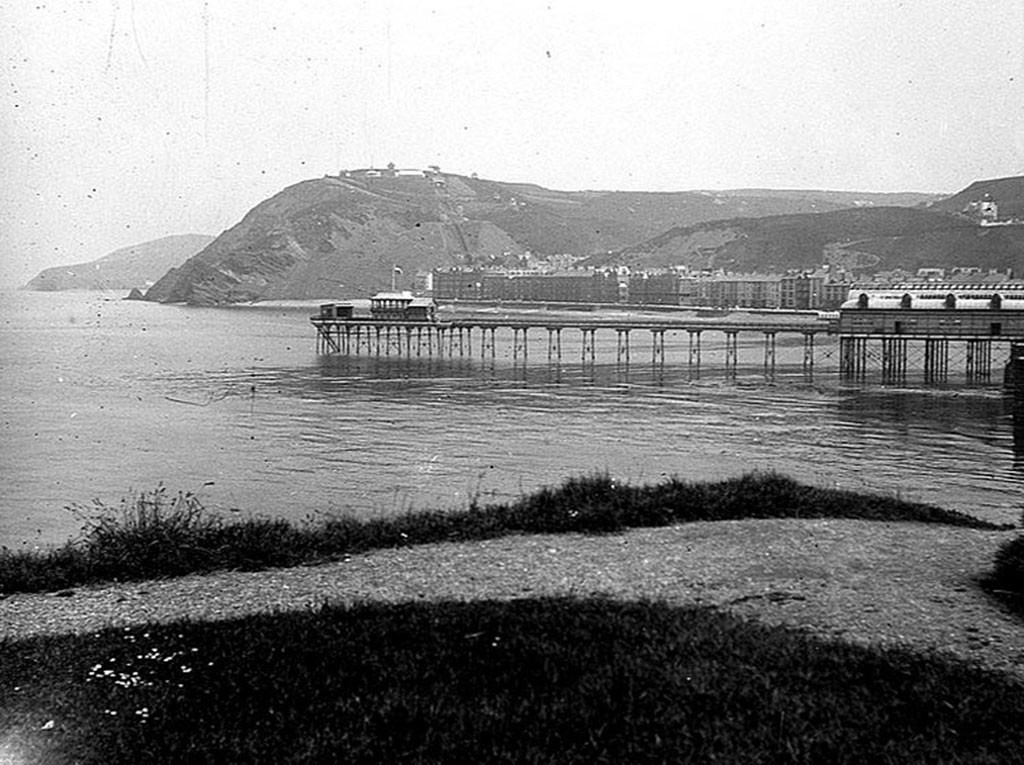 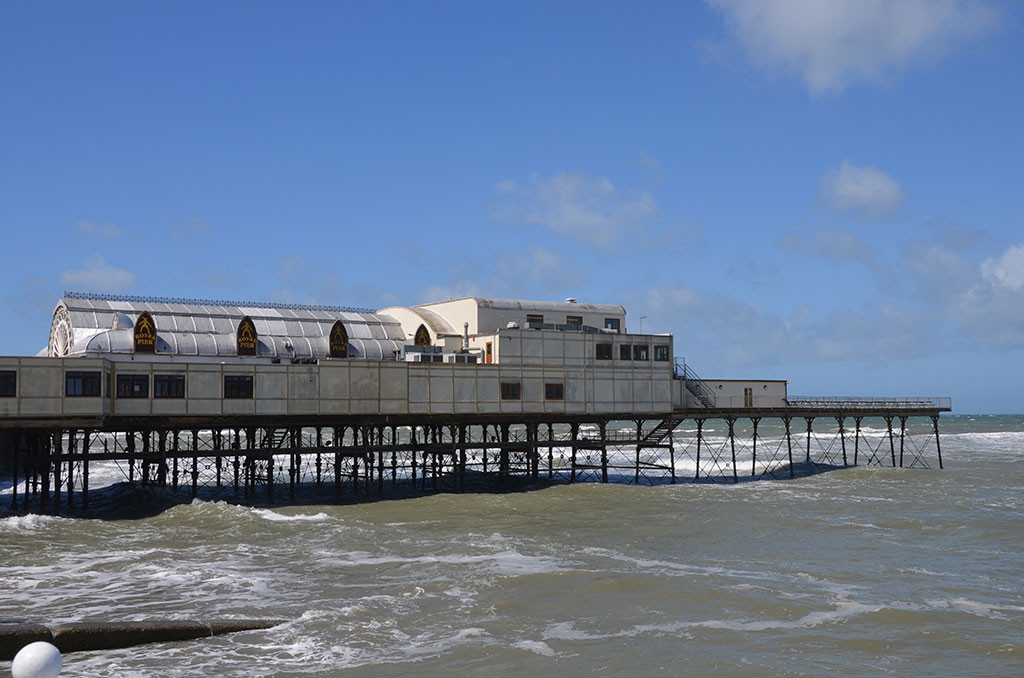 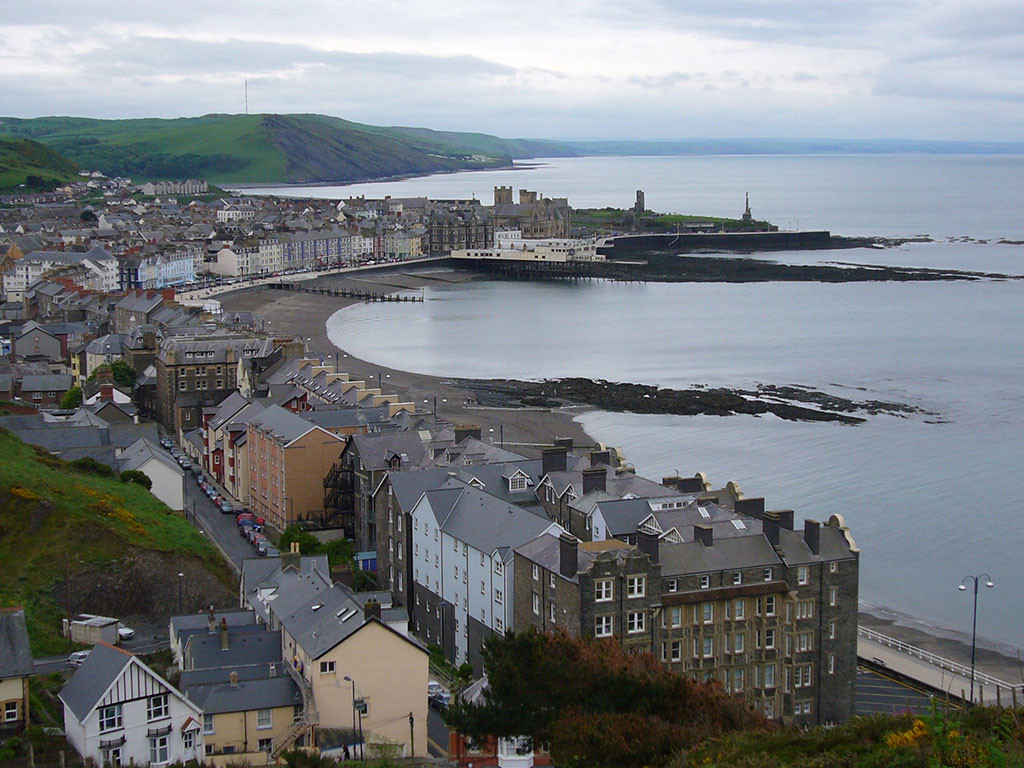 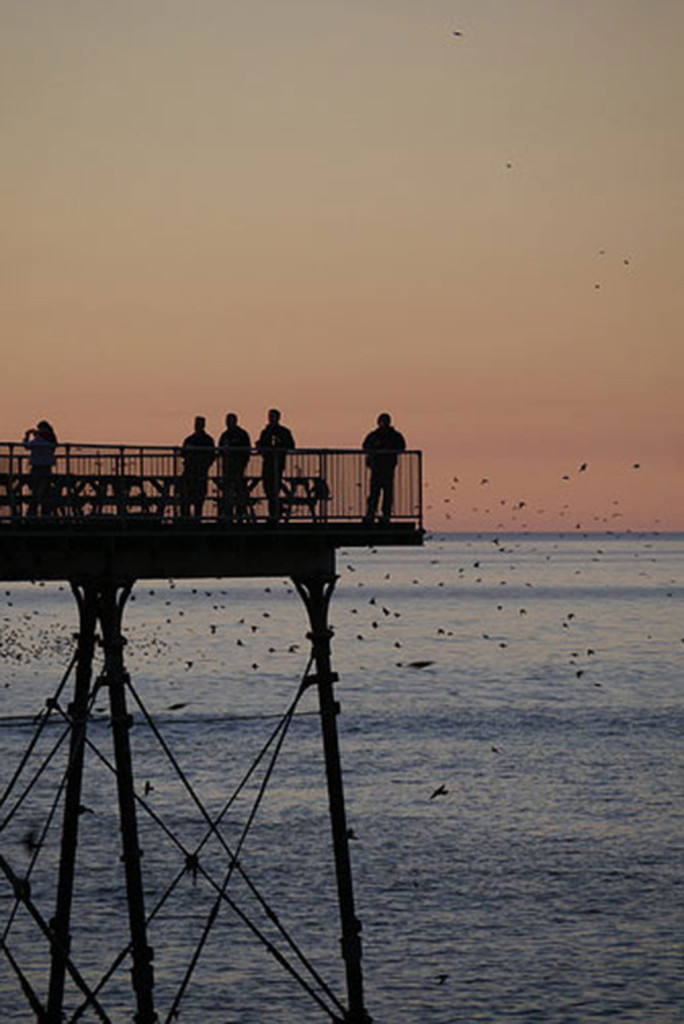