The pier was built in 1898 by the Port Talbot Railway & Docks Company to form a breakwater known as the North Pier. It was acquired in 1902 by Aberavon District Council who erected railings and turnstiles, turning it into a pleasure pier. During the mid-1920s, a series of exceptional and damaging gales resulted in the whole length being strengthened or, where necessary, rebuilt.

Closed to the public since World War II, the structure became derelict. In December 1957, the owners, the British Transport Commission, began urgent re-decking of the 900 foot pier in order to “alleviate the danger constituted by its present condition”.

In 1962, a £250,000 reconstruction programme began and concrete blocks were installed to replace the decaying timber sections. The work was finished in 1964 but, by then, the ‘pier’ was again no more than a breakwater.

It is still possible to walk the breakwater where a length of rusty iron railing gives a hint that there was once something more here. 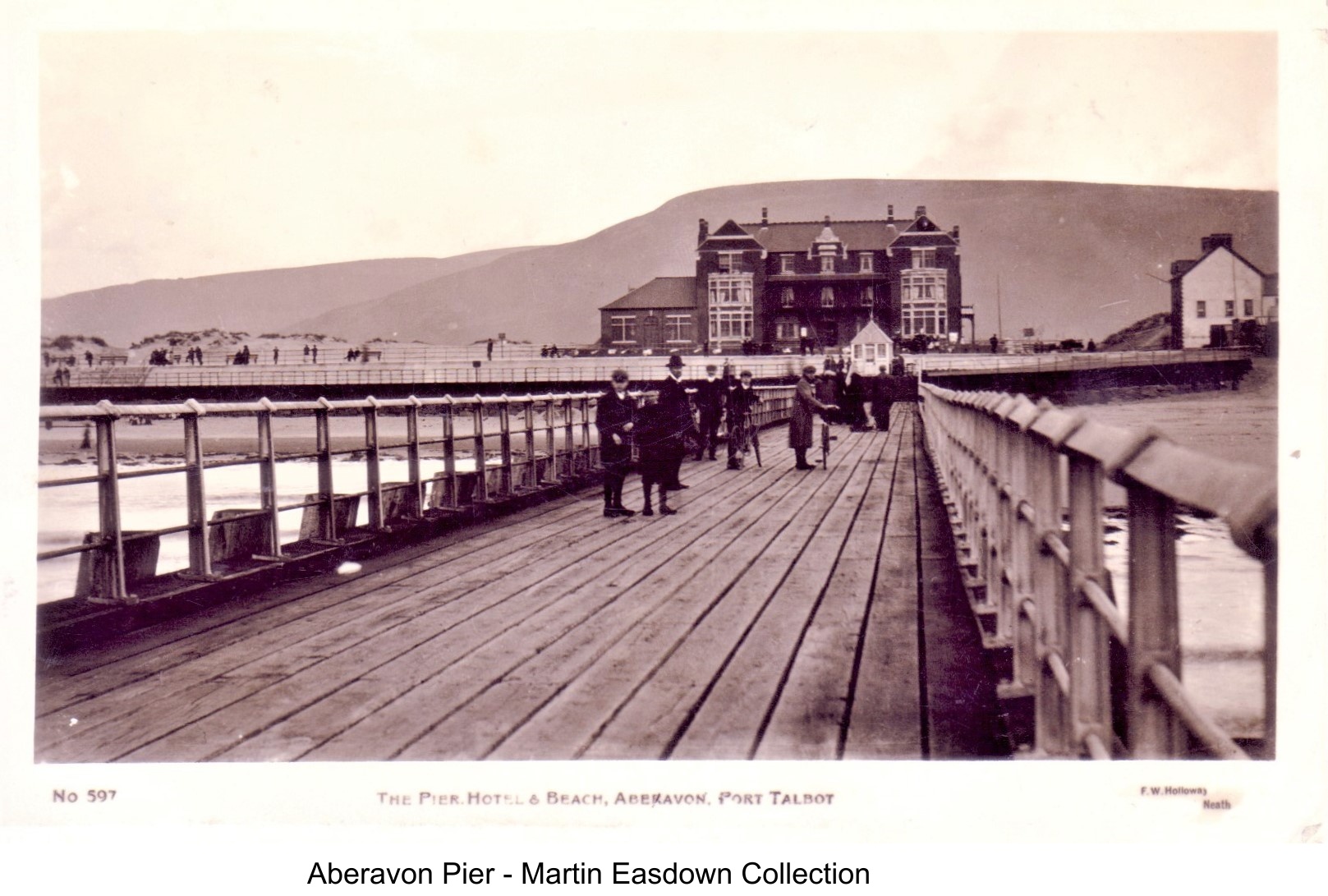