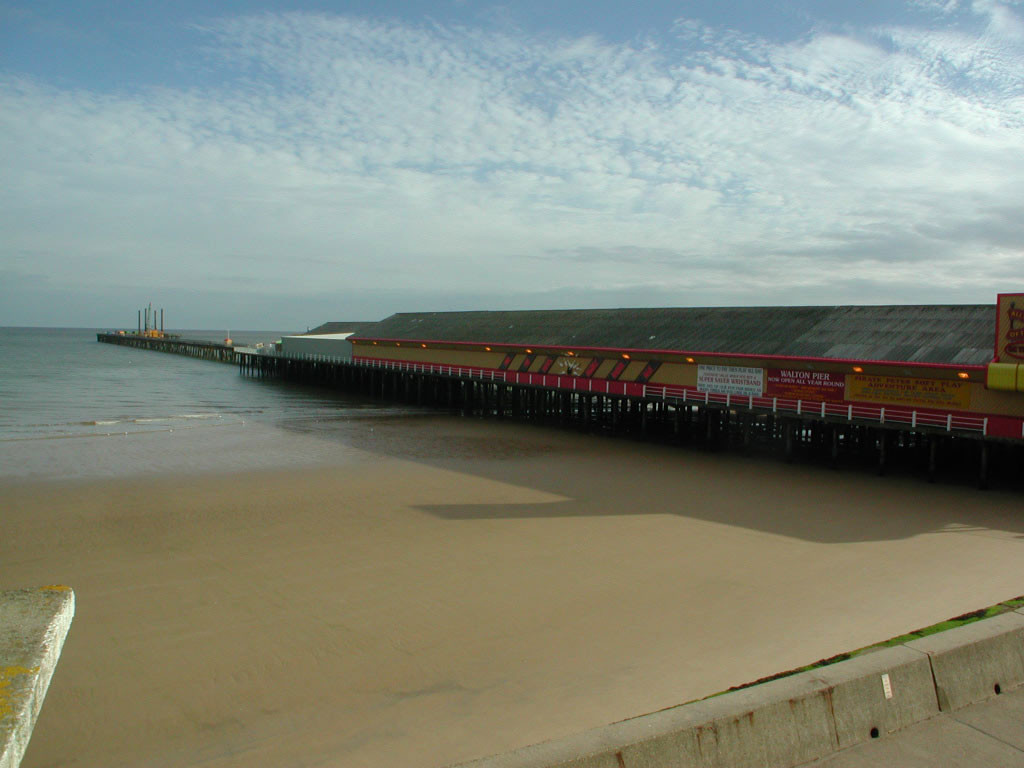 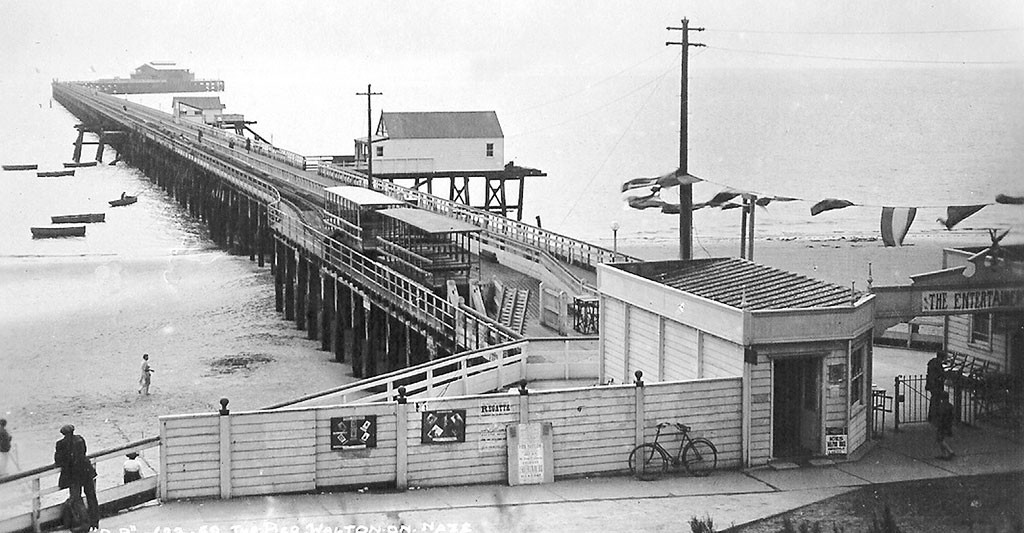 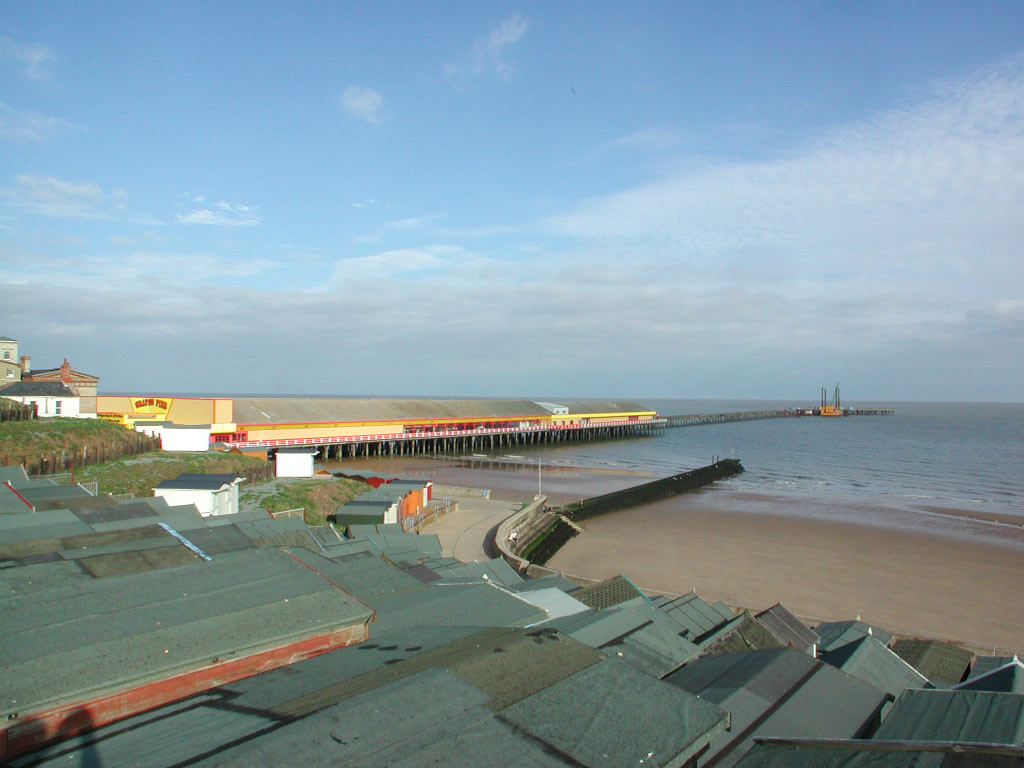 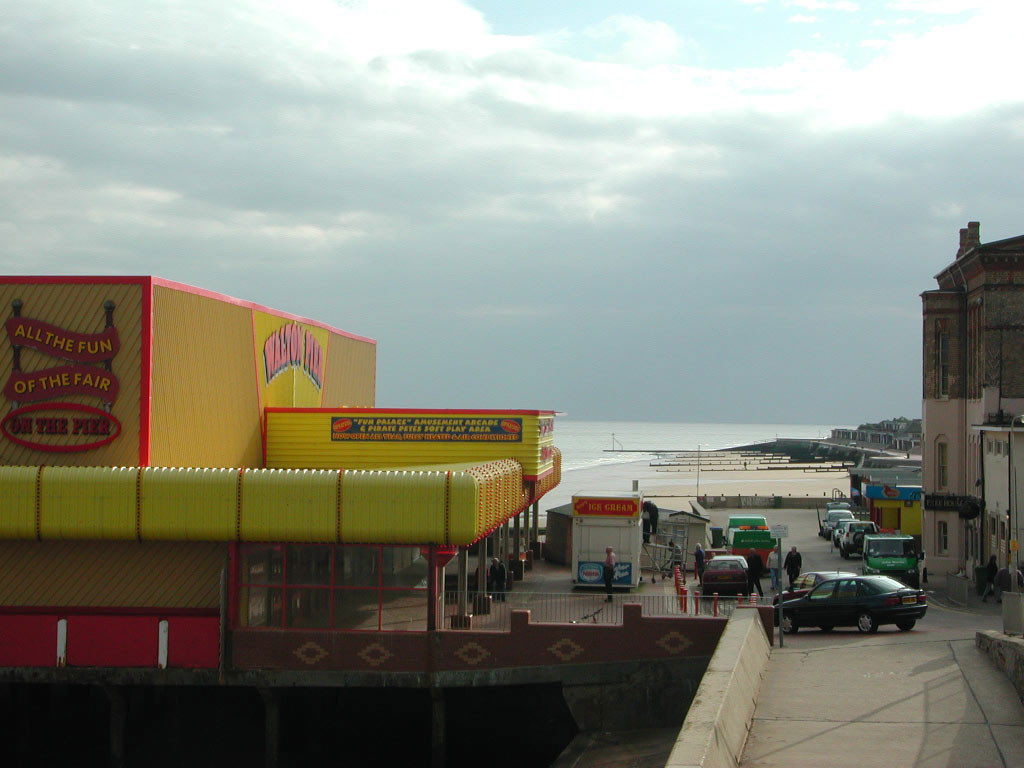 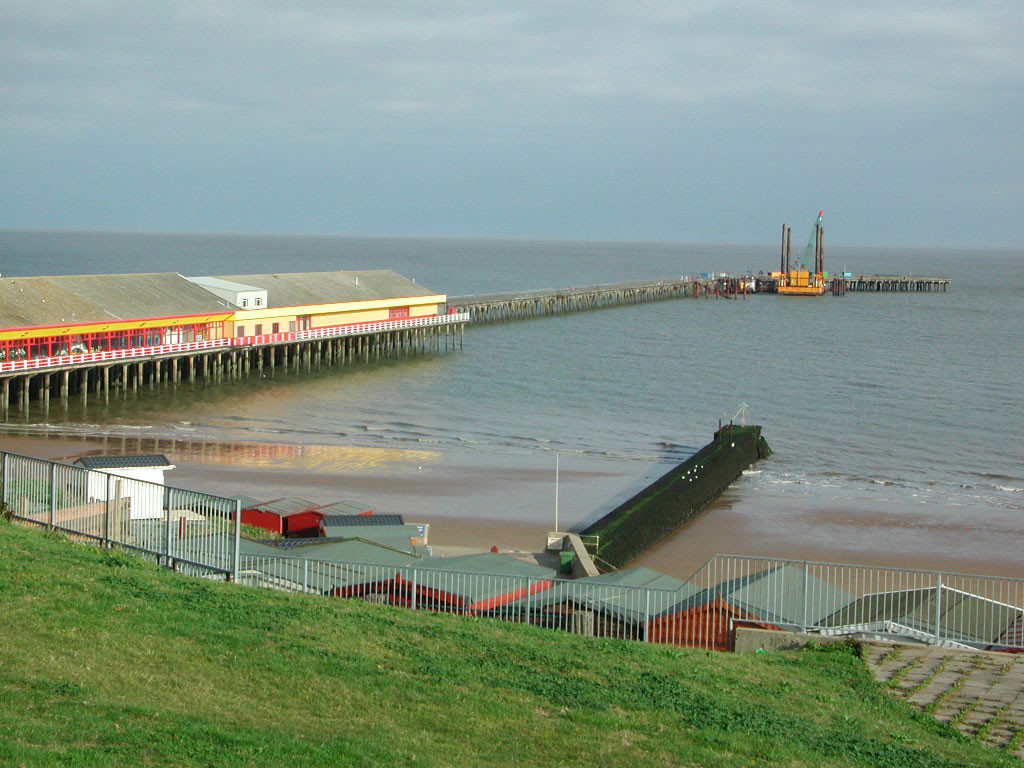 This, Walton’s second pier, was owned by the Walton Pier & Hotel Company Ltd. It was originally built to a length of 530 feet in the 1870s. However, the lack of water at the pier-head meant that passengers often had to transfer to small boats to come ashore. The pier was, therefore, rebuilt. It re-opened in August 1898 to a length of 2600 feet and included a single line electric tramway which survived until 1935 when it was replaced by an unusual battery-powered carriage. In 1937, the New Walton Pier Company bought the pier and battery car.

On May 30th 1942, the pier and car were damaged by fire but were rebuilt after the war. When the pier re-opened for the 1948 summer season, a diesel-engine locomotive was used for carrying passengers. The railway ceased operation in the 1970s.

There were serious storms on 11th January and 31st December 1978, the latter creating a 108 foot gap at the seaward end, isolating the lifeboat station.

In October 2011, the pier was put up for sale with an asking price of £2.5million, the owners saying that they were selling the pier in order to reinvest the money into other aspects of their business. However, in February 2012 it was taken off the market, at least temporarily, with reports that it had failed to attract interest at the asking price.

February 2015 – Former Walton Pier’s Victorian Carousel goes under the hammer
The Victorian carousel built in 1889 and which was the main feature on the pier from 1948-2008 was expected to fetch an estimated £100,000 at auction in February 2015.

July 2016 – New owner buys pier and vows to bring back the glory days for top attraction
In July 2016, Walton-on-the Naze Pier was purchased by Russell Bolesworth who announced plans to bring back the attraction’s glory days. Mr Bolesworth said: “It was a great opportunity to buy an attraction with really fantastic history. It is a huge site with lots of potential and I’m really excited about it. I love the idea of bringing the glory days back to Walton Pier.”

May 2017 – Trains and Piers – a winning combination at Walton on the Naze!
In May 2017 it was announced that one of the world’s most famous steam locomotives, the Tornado 60163 – the first Peppercorn class A1 steam train to be made since they were scrapped in 1966 – would make history when it arrives in Walton to commemorate the town rail station’s 150th anniversary in the coming August, on a return journey from London Liverpool Street to Walton railway station.

June 2017 – New pier boss pledges £1.5m revamp to pull in bumper crowds
In June 2017, Russel Bolesworth, the new boss of Walton Pier, announced that he would be submitting a planning application in the Autumn to Tendring Council detailing a £1.5 million pound plan to upgrade the pier to make it a major tourist attraction for the area.

September 2018 – To launch or not to launch at Walton Pier?
Walton and Frinton Lifeboat had to find a new mooring at Titchmarsh Marina for three weeks after a structural survey raised questions over the future use of the pier.
Read More

December 2019 – Experimental audio documentary based on Walton Pier soundscapes to be aired on BBC Radio 3
Composed of three movements, Hidden Sounds of Coastal Arcades is based upon the architecture of Walton Pier, beginning in the bustling arcade, then moving into the cacophonous fairground and finishing above the water at the end of the pier itself. Best experienced on headphones, Hidden Sounds of Coastal Arcades was due for broadcast on BBC Radio 3 on Saturday, December 21, at 9.50pm.
Read More

Facilities on the pier include a large undercover amusement arcade at the shoreward end which has a nine lane , ten-pin bowling centre. There are fairground rides and a rail-less ‘train’ that takes passengers to the pier-head where there is fishing. The PS Waverley is a regular caller.