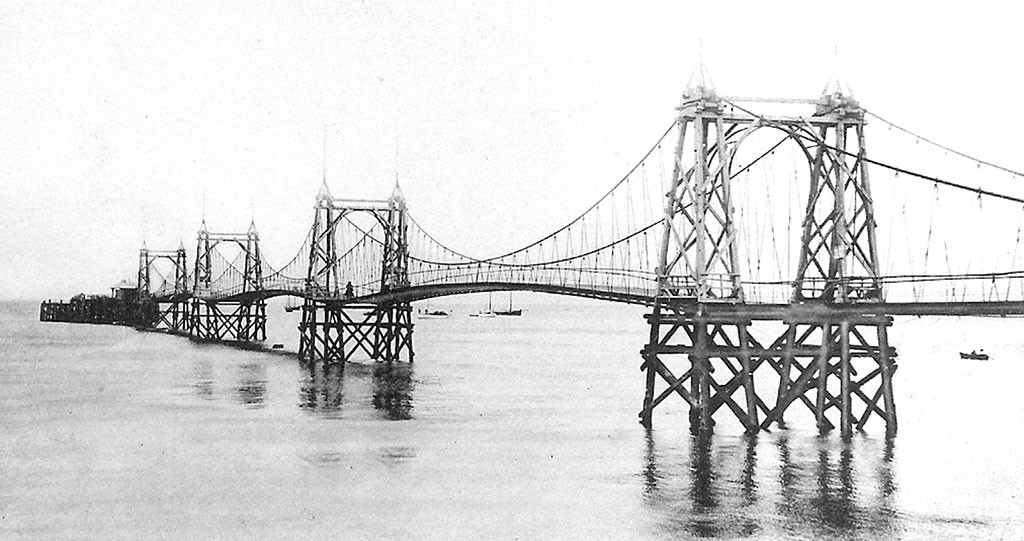 The Seaview Pier Company was formed on 20th December 1877 and work began in September 1879 to the design of Frank Caws. The unfinished pier officially opened on 7th June 1881. Disappointingly, steamer traffic did not significantly increase tourism to the area.

In 1889, a 50 foot extension and a new pier-head increased the length to 1050 feet. A larger pier-head was erected in 1901 and slot machines were added. Passenger services stopped during World War One, restarting in 1920.

The Navy took over the pier during World War II. By 1945, it was in poor condition and was sold, in November 1947, to Mr. Figgins for just £775. Restoration plans became demolition plans in 1948, a residents’ meeting accepting that the town would not be able to finance the work.

In August 1948, the pier was bought by the Horwich brothers. It became the first pier to be ‘listed’ under the Town & Country Planning Act. However, a series of storms between October 1950 and December 1951 left only the pier-head and around 100 foot of promenade deck intact. These were demolished in 1952.