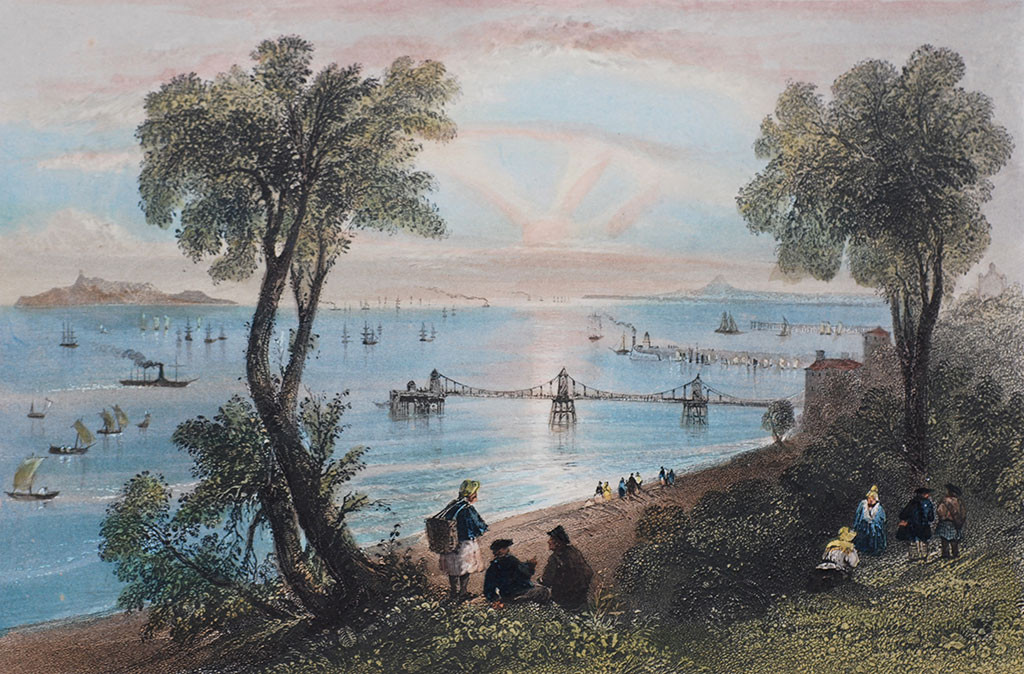 The pier opened on 14th August 1821 having cost £4,000. The design was by Capt. Samuel Brown for Lt. George Crichton of the London & Edinburgh Steam Navigation Company (who formed the Trinity Pier Company). It consisted of three 209 foot spans standing 10 feet above the water-line.

Shipping from places such as Dundee, Stirling, Alloa, Grangemouth and Leven called at the pier.

It fell into disuse when harbours in the vicinity were improved and, by the early 1850s, it was described as being “deserted and ruinous”.

Despite its condition, it was used by bathers for whom dressing rooms were provided at the pier-head. The pier became the headquarters of the Forth Swimming Club.