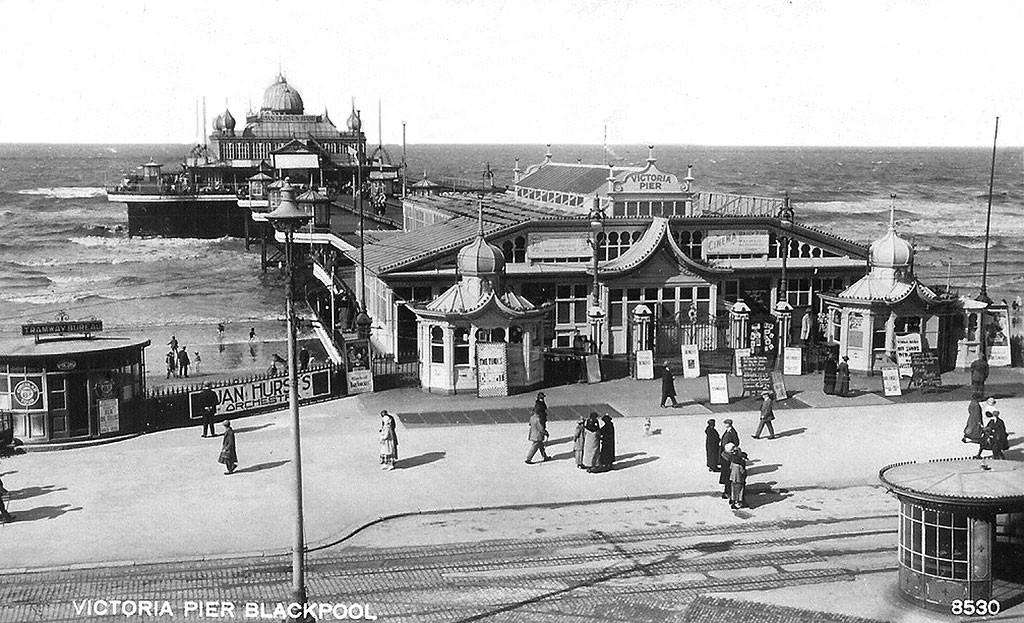 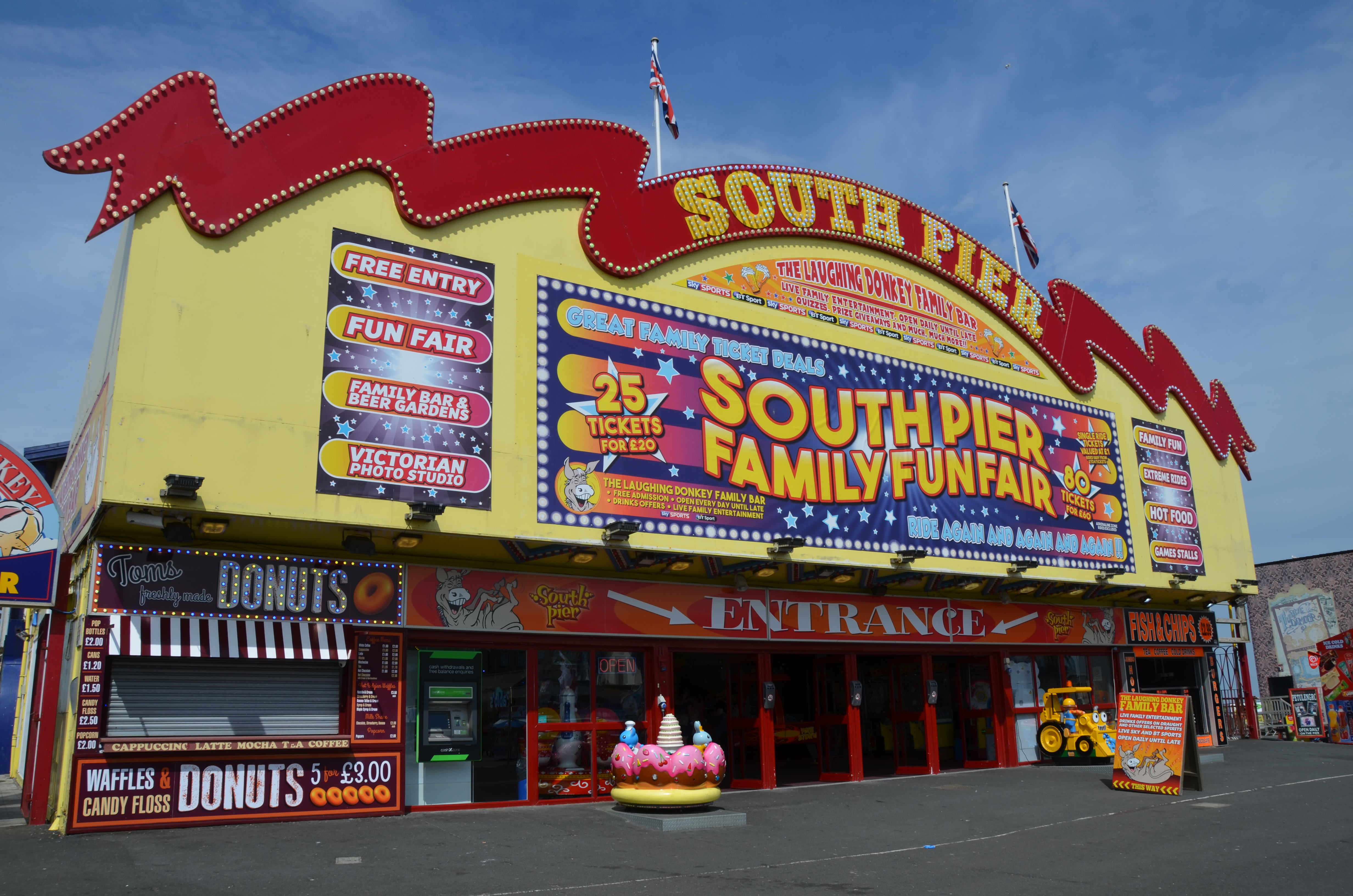 A company was formed in 1890, and work began in 1892 to the design of T.P.Worthington. The 492 foot Victoria Pier (renamed ‘South’ Pier in 1930) opened on Good Friday 1893 to the accompaniment of a 50-piece orchestra, a choir and two brass bands. The Grand Pavilion opened on 20th May. Facilities included 36 shops and various shelters. There was also a 40 piece orchestra.

The Grand Pavilion was damaged by fire in 1954 and 1958. Repairs following the second fire cost £100,000. In 1963, the Regal Theatre (the front pavilion) became the Beachcomber Amusement Arcade.

Another fire, in 1964, destroyed the Grand Pavilion but a new £90,000 theatre had been built within twelve weeks. In February 1990, storms left a 12 foot gap across the pier entrance, which was subsequently repaired. In early 1998, the theatre was demolished to make way for the pier’s own ‘white knuckle’ ride.

July 2016 – Ride at Blackpool South Pier to be relocated during pier refurbishment
In July 2016, South Pier owner Peter Sedgwick announced proposals to move the Log Flume ride from the end of the pier to a new location alongside it on the Promenade, in order to undertake improvements to the pier. But Blackpool Pleasure Beach opposed the move claiming it “will simply look like a fairground ride standing on the tarmacadam”.

November 2019 – Blackpool South Pier owners in court over asbestos incident
It was alleged the owners of a famous seaside pier put the public’s health at major risk when they demolished an asbestos-lined arcade – while locals and holidaymakers were allowed to roam nearby. Asbestos fibres from Blackpool’s South Pier were said to be allowed to float along the Promenade, and people allowed into the arcade where the work was being done.
Read More

December 2019 – Blackpool South Pier log flume must go
Councillors turned the bid down on the grounds the ride “would detract from the character and appearance of the Prom” including the setting next to the pier. The location also contravened policies which strictly control where funfairs can be placed. Blackpool Pleasure Beach also objected to the planning application, saying the ride in its current location could undermine its own operation and possibly affect jobs.
Read More

June 2020 – Blackpool South Pier owners sentenced over asbestos incident
The owners of Blackpool’s South Pier, who demolished part of an asbestos-lined arcade while visitors were allowed to roam nearby, were given 300 hours of unpaid work as the company was ordered to pay a £134,000 fine and £38,000 costs.
Read More